MEXICO CITY (AP) — Mexico is willing to extradite drug lord Joaquin "El Chapo" Guzman to the United States, a federal law enforcement official said Saturday. It's a sharp reversal from the official position after his last capture in 2014.

"Mexico is ready. There are plans to cooperate with the U.S.," said the official, who spoke on condition anonymity because he wasn't authorized to comment.

But he cautioned that there could be a lengthy wait before U.S. prosecutors can get their hands on Guzman, the most-wanted trafficker who was recaptured Friday after six months on the run: "You have to go through the judicial process, and the defense has its elements too."

Top officials in the party of President Enrique Pena Nieto also floated the idea of extradition, which they had flatly ruled out before Guzman's embarrassing escape from Mexico's top maximum security prison on July 11.

"He has a lot of outstanding debts to pay in Mexico, but if it's necessary, he can pay them in other places," said Manlio Fabio Beltrones, president of Pena Nieto's Institutional Revolutionary Party.

Guzman, a legendary figure in Mexico who went from a farmer's son to the world's top drug lord, was apprehended after a shootout between gunmen and Mexican marines at the home in Los Mochis, a seaside city in Guzman's home state of Sinaloa.

The operation resulted from six months of investigation by Mexican forces, who located Guzman in a rural part of Durango state in October but decided not to shoot because he was with two women and a child, said Mexican Attorney General Arely Gomez.

After that he took a lower profile and limited his communication until he decided to move to Los Mochis in December.

Following his capture, the head of the powerful, international Sinaloa Cartel was brought to Mexico City's airport, frog-marched to a helicopter before news media, and flown back to the same prison he'd fled.

There were immediately calls for his quick extradition, just as there were after the February 2014 capture of Guzman, who faces drug-trafficking charges in several U.S. states. At the time, Mexico's government insisted it could handle the man who had already broken out of one maximum-security prison, saying he must pay his debt to Mexican society first.

Then Guzman escaped a second time on July 11 under the noses of guards and prison officials at Mexico's most secure lock-up, slipping out an elaborate tunnel that showed the country's depth of corruption while thoroughly embarrassing the administration of President Enrique Pena Nieto.

In celebrating Guzman's latest capture, Mexican officials showed none of their bravado of two years ago, though they made clear that the intelligence building and investigation were carried out entirely by Mexican forces. They did not mention extradition.

"They have to extradite him," said Alejandro Hope, a security analyst in Mexico. "It's almost a forced move."

Gomez said that one of Guzman's key tunnel builders led officials to the neighborhood in Los Mochis, where authorities had been watching for a month. The team noticed a lot of activity at the house Wednesday and the arrival of a car early Thursday morning. Authorities were able to determine that Guzman was inside the house, she said.

The marines were met with gunfire as they closed in. Five suspects were killed and six others arrested. One marine was injured.

"You could hear intense gunfire and a helicopter; it was fierce," said a neighbor, adding that the battle raged for three hours, starting at 4 a.m. She refused to be quoted by name in fear for her own safety.

Gomez said Guzman and his security chief, "El Cholo" Ivan Gastelum, were able to flee via storm drains and escape through a manhole cover to the street, where they commandeered getaway cars. Marines climbed into the drains in pursuit. They closed in on the two men based on reports of stolen vehicles and they were arrested on the highway.

In 2014, Guzman evaded capture by fleeing through a network of interconnected tunnels in the drainage system under Culiacan, the Sinaloa state capital.

"The arrest of today is very important for the government of Mexico. It shows that the public can have confidence in its institutions," Pena Nieto said in a public address. "Mexicans can count on a government decided and determined to build a better country."

What happens now is more crucial for Guzman, whose cartel smuggles multi-ton shipments of cocaine and marijuana as well as manufacturing and transporting methamphetamines and heroin, mostly to the U.S.

The United States filed requests for Guzman's extradition last June 25, just days before he escaped from prison. In September, a judge issued a second provisional arrest warrant on U.S. charges of organized crime, money laundering, drug trafficking and homicide, among others. But Guzman's lawyers already had filed appeals and received injunctions that could delay the extradition process for months or even years.

"The arrest is a significant achievement in our shared fight against transnational organized crime, violence, and drug trafficking," the Drug Enforcement Administration said in a statement.

After his first capture in Guatemala in June 1993, Guzman was sentenced to 20 years in prison. He reportedly made his 2001 escape from the maximum security prison in a laundry cart, though some have discounted that version.

His second escape last year was even more audacious. He fled down a hole in his shower stall in plain view of guards into a mile-long tunnel dug from a property outside the prison. The tunnel had ventilation, lights and a motorbike on rails. Construction noise as a digger broke through from the tunnel to his cell was obvious inside the prison, according a video of Guzman in his cell just before he escaped.

Mexican officials say dreams of Hollywood helped them track down and capture the world's most notorious drug trafficker.

Apparently Guzman, while on the run, thought his story was worthy of a movie. Part of the reason authorities tracked him down was because he wanted to film a biopic, Gomez told the press at the airport ceremony where the prisoner was shown off to the press.

"For that he established communication with actresses and producers, which became a new line of investigation," she said. 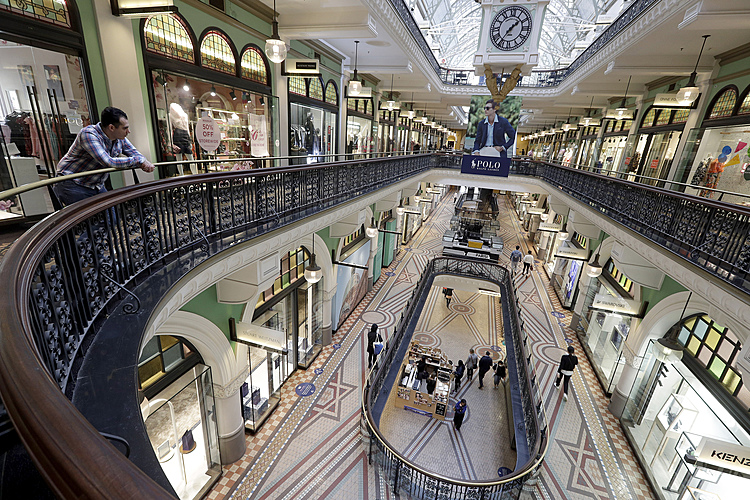