MIAMI (AP) — Hillary Clinton debuted running mate Sen. Tim Kaine on Saturday as a can-do progressive committed to social justice and equality — "everything Donald Trump and Mike Pence are not" — at a boisterous rally ahead of next week's Democratic National Convention.

"He is qualified to step into this job and lead from Day One. And he is a progressive who likes to get things done," Clinton declared at Florida International University.

Kaine, a bilingual former Virginia governor, detailed his life in public service. "I like to fight for right," he said.

And, as Clinton smiled broadly at her choice for vice president, Kaine greeted the largely Hispanic audience in Spanish. "We're going to be 'compañeros de alma,' in this great 'lucha' ahead," he said, or "soul mates in this great fight ahead."

Trump, in a text to his own supporters, said President Barack Obama, Clinton and Kaine were "the ultimate insiders" and implored voters to not "let Obama have a 3rd term."

At the splashy rally, Democrats sought to offer a contrast with Trump and Pence, whose first appearance together in a New York City hotel ballroom included a lengthy speech by the GOP businessman and much more limited remarks from Pence, the Indiana governor. The two only briefly posed for photos at their campaign kickoff.

Clinton chose to introduce Kaine as her running mate in the battleground state of Florida, waving to the large crowd of cheering supporters as they bounded on stage with their hands raised in the traditional sign of unity. Clinton sought to present the partnership as one built in optimism, panning the Republican convention, which ended two days earlier, as a display of "fear," ''anger and resentment."

She noted that Kaine had taken a year off from Harvard Law School to do missionary work in Honduras and had worked as a civil rights attorney specializing in equal housing. Clinton said Kaine as governor worked with Republicans and helped his home state navigate the Great Recession without sacrificing funding for education.

She also pointed to his work on gun control after the deadly Virginia Tech shooting in 2007, praising his efforts to curb gun violence before a nation still reeling from a series of shootings and violence against police.

"Behind that smile Tim also has a backbone of steel. Just ask the NRA," Clinton said.

Choking up, Kaine described the Virginia Tech shooting as the "worst day ... of my life."

Kaine, 58, was long viewed as a likely choice because of his resume in government and his time as chairman of the Democratic National Committee. He also had a particularly powerful backer in Obama, whom Kaine endorsed in 2007. Obama considered him for vice president a year later.

Kaine showed a willingness to mix it up with the Republican ticket, assailing Trump as someone who had left "a trail of broken promises and wrecked lives wherever he goes."

He also vouched for Clinton's trustworthiness, a major liability with voters, telling the crowd, "She has always delivered."

He pointed out that his father-in-law was a Republican governor of Virginia who had integrated the public schools. He called marrying his wife, Anne Holton, "the best decision of my life." The couple planned to be back in Richmond on Sunday for 9 a.m. Catholic Mass.

Holton, who wiped away tears during the speech, is the state's education secretary and a former state judge. The couple has three adult children, including a son, Nat, a Marine who is going on a deployment on Monday, aides said.

Kaine is likely to be a valuable asset for the Democratic ticket in appealing to Hispanic Americans turned off by Trump's harsh rhetoric about immigrants.

Trump was not making public appearances on Saturday but took to Twitter to seek to undercut Clinton's new addition, pointing to the Trans-Pacific Partnership trade deal and Wall Street as areas where supporters of one-time Clinton rival Bernie Sanders might split with Kaine.

Trump tweeted that Kaine "has been praising the Trans Pacific Partnership and has been pushing hard to get it approved. Job killer!" In a tweet earlier in the day, Trump wrote that Kaine was "owned by the banks. Bernie supporters are outraged, was their last choice. Bernie fought for nothing!"

Kaine is viewed skeptically by some liberals, who dislike his 2015 vote to provide the president with "fast-track authority" on trade deals and recent stances on Wall Street regulations, including rules governing regional banks.

Clinton opposed the TPP during the primary against Sanders, citing concerns about job protections and national security. A Clinton campaign aide said Kaine made clear "in the course of discussions" that he shares Clinton's opposition to the TPP in its current form.

But progressive groups said they want more assurances that the White House, which has pushed the trade deal, won't try to ram it through after the November election.

"The selection increases the burden on Hillary Clinton to pressure the White House to take TPP off the table in a lame-duck Congress," said Adam Green, co-founder of the Progressive Change Campaign Committee.

But Larry Cohen, a former president of the Communications Workers of America union and a top Sanders adviser, said Kaine's record needed to be considered in its totality.

"Most Harvard Law graduates don't go into civil rights work in the South," said Cohen, who first met Kaine when he served as Richmond's mayor. "His life has been those kinds of choices. He's never run after big money. He's always run after 'How can I make a difference?'" 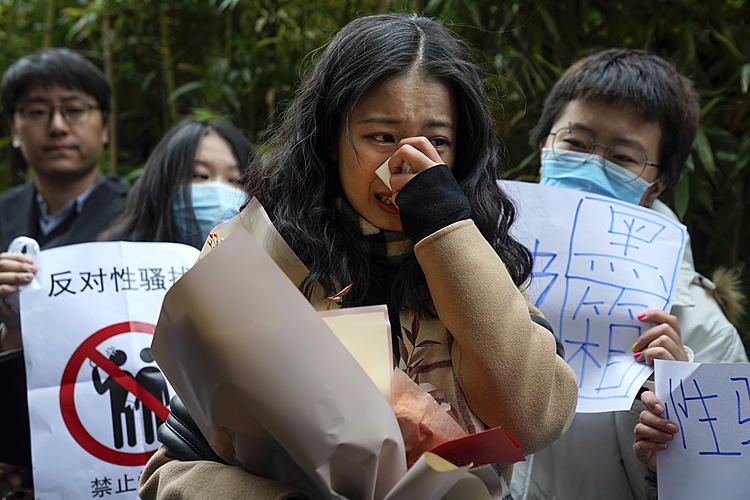