Samoa Events’ first Te Kiwi Swim to honour Waitangi Day was a huge success. It was also part of a double-header of events weekend held in Apia. The first event of the day was the Apia Waterfront 10KM Run early morning, second run of the Samoa Events Run Series that is a header to the Savaii Marathon on April 8th.

The event brought together over 50 swimmers of all ages to participate in several races. The youngest swimmer was aged 7 years and a few are within range of their 70th birthdays.

And that is the magic of swimming, open water swimming in the ocean here in Samoa is actually dominated by the 40+ age group, in participation.

Stunning efforts from the senior group belong to Maree Hopley (60-64) who won the women’s 2.2km race. Geoff Dews (65-69) finished fourth in the men’s race. Also in the same AGR as Dews, Steve Iverson finished mid-pack in the 1.2km race and just ahead of Sieni Jan Doyle. Notable mention for Margaret Lesjak who signed on for the shorter distance but ended up swimming the longer race.

In the 50+ age group in the 2.2km race, Apolima Strait legend Mailata Leau came through again. Darren Young had his toughest swim ever, and Daniel Afoa did not give up in challenging conditions. In the 1.2km race Bernie Poort finished in second place and Steve Iverson just ahead of Sieni Jan Doyle. Stuart Brown also gets a mention for finishing his first ocean swim in Samoa.

But youth cannot be denied. Sitivi So’oa’emalelagi of Tanifa o le Vai was just too good to win the main race. TOV’s Andrea Schuster and Urlin Mulitalo took overall honours for the 1.2km and 250m respectively.

Saoluafata Village Triathletes did well with a men’s win (Palasi Live) in the 1.2km race, and many of their youngsters swam the 250M. Two from SVT swam the longer 2.2km race.

In keeping with Te Kiwi Waitangi theme, NZ Deputy High Commissioner Mike Walsh presented cash prizes to the winners. That was followed by a stirring haka by the Taumeasina events team. Then there was the beautiful Hangi kai by executive chef Bradley for post events festivities. 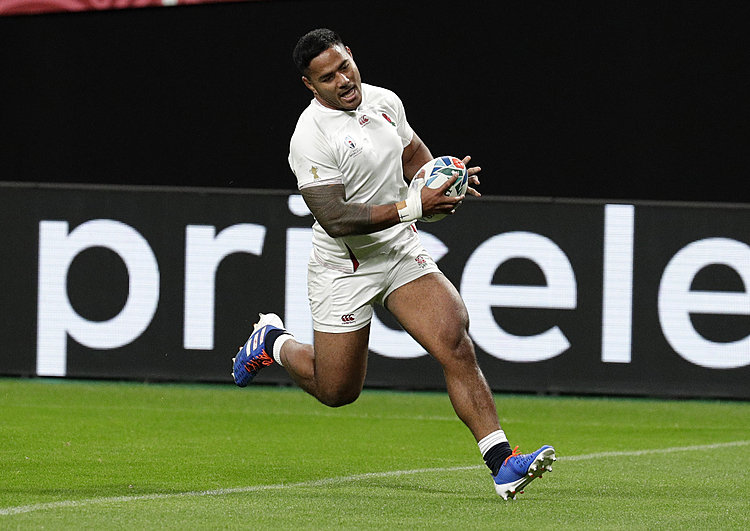