Honolulu may evacuate 10,000 as water levels rise in dam

HONOLULU (AP) — Honolulu officials on Thursday prepared for the possible evacuation of 10,000 people from a residential neighborhood after rains from a tropical storm dangerously elevated water levels in a reservoir.

Olivia crossed the state Wednesday, dumping heavy rains on Maui and Oahu. Meteorologists say the tropical storm is now downgraded to a tropical depression moving west away from the islands.

The city's Board of Water Supply said Thursday the water level in Nuuanu Dam #1 is about 1.5 feet (0.5 meters) below the spillway.

The agency said it's been siphoning excess water to keep the water below the spillway but rains outstripped its siphoning capacity.

It's also working with the fire department to pump water out of the dam to bring levels down further.

The agency, which is the water utility for nearly 1 million people in Honolulu and surrounding towns on Oahu, said it would coordinate with the city on any evacuation notice.

Meteorologists say moisture will linger through Friday, with additional rainfall of 3 to 5 inches (8 to 13 centimeters) and isolated amounts of 6 to 8 inches (15 to 20 centimeters) on higher terrain.

That could cause life-threatening flash floods because the ground is already saturated, the Central Pacific Hurricane Center said in a statement.

The storm, which was a hurricane earlier in the week, slowly weakened as it neared the state. 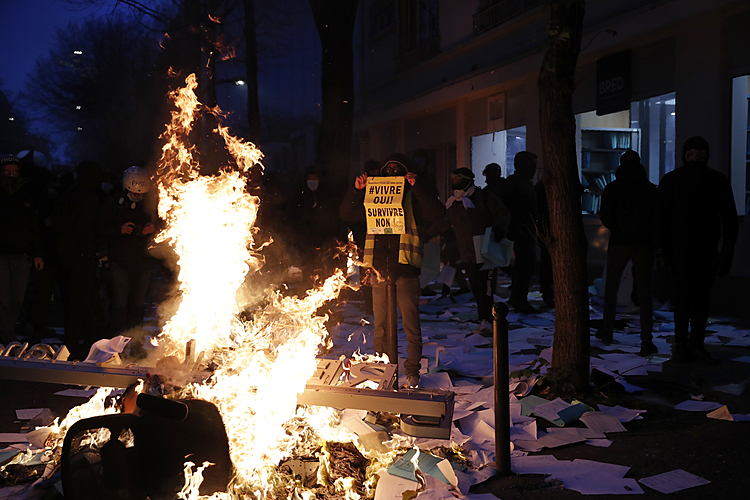 Intruders crash Paris protest of law on use of police images

Intruders crash Paris protest of law on use of police images