The French Navy Ship, Arago, is in Apia. The patrol boat based in Tahiti, French Polynesia, arrived on Saturday and will depart tomorrow.

Since her departure, the boat has patrolled in the Cook Islands and Kiribati Exclusive Economic Zone (E.E.Z.) for a fishery control operation.

Arago’s Captain, Commander Benoit Renie, gave the Samoa Observer a tour of the ship yesterday and spoke about its history and journey so far.

Named after the French physicist and astronomer, François Arago, the boat was commissioned in 1991. Its first role was to serve as a Nitro Graphic ship and she first arrived in French Polynesia in 1992, where hydrographers worked on maps of French Polynesia and the Pacific Ocean.

The Arago then returned to France and was transformed into a patrol boat, sailing back to Tahiti in 2012, where it has been patrolling around the French E.E.Z.

According to Think Tanks magazine, by virtue of its global sovereign presence and specifically, its Pacific Islands presence, France is the world’s second largest maritime nation.

Commander Benoit Renie said that it’s important to work with others outside their E.E.Z. to better survey the area,

“France has a huge E.E.Z. in the Pacific, half of the E.E.Z. of France is in the Pacific Ocean and there are a lot of ships here in Pacific ocean,” he said.

“We have common interests and we have to improve our ways of working together by surveying our own E.E.Z. and also to survey high seas.

“So part of our mission is to patrol our own E.E.Z., but we also partrol just outside our own E.E.Z. We try to cooperate with other nations in that way.”

While at sea, the crew are trained in drug enforcement and they focus on the fishery control mission, which means boarding other fishing vessels within their E.E.Z. to check their devices and shipping documents, as well as ensuring that there are no prohibited fish on board.

In Samoa, the Arago has been opened to locals, who have been invited to board and tour the ship.

The crew gave tours and talked about its work and its missions in French Polynesia, as well as the Pacific, giving the public an opportunity to know more about the French Navy and the French Armed Forces. 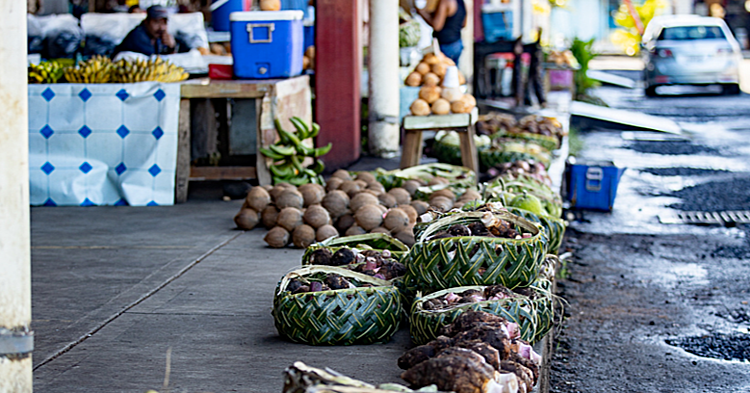