A nutrition expert has warned the Samoan people about the dangers of drinking the popular coffee-mix or energy and diet drinks.

Leonard Solomona of the Nobesity Samoa programme says that drinks like these should not be sold on the shelves. He told the Samoa Observer that these drinks are not good for the heart.

He especially sees a problem in the sweetness of them and how they influence young people.

“A long time ago, people started to drink coffee when they were way past their teenage years. Now there are a lot of young people who are hooked on caffeine already and because of the sweetness of it, many cannot tell the difference between a hot chocolate and a coffee mix. It is quite deceiving for the young people because there is a lot of misinformation. It is a reason why the nation is getting fatter.”

“The coffee-mix is comparable to the diet drinks. Just because they have diet written on them, it does not mean they are healthier.  In fact if you read the ingredients, they are actually worse than the ones without the chemicals in them.”

People easily get hooked on caffeine or energy and diet drinks.

“It is the same with M.S.G. (monosodium glutamate). Once you get hooked on M.S.G. and you put normal salt on your food, it does not taste salty anymore because the body gets so used to the MSG.”

Drinks like the coffee-mix are contributing to the already existing issues of diabetes and obesity.

Lenny Solomona has tasted the drink as well and despises the ingredients especially the amount of sugar.

“It is like putting 200 teaspoons of sugar in there. It is terrible.”

Still a lot of people buy these cheap drinks daily.

“It is an attraction on the shelf, but it actually does nothing but damage.”

The damage comes a lot sooner when the people drinking it, are getting younger and younger.

Lenny Solomona does not think the cheapness, but the sweetness is the big appeal of it. Yet given the fact that merchants sell it, it means easy access and is just causing more harm a lot quicker.

The Samoa Observer has contacted the Nutrition Principal of the Ministry of Health concerning this issue but has yet to receive a response. 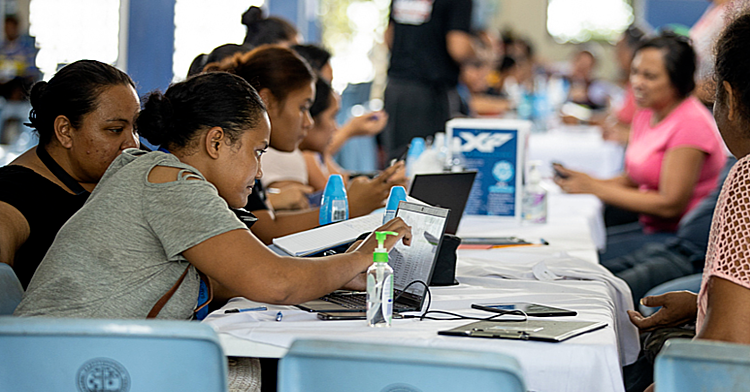 Not-for-profit organisation Senese Inclusive Education Support Services (Senese) is the recipient of $173,000 in funding courtesy of the Australian government.