Dealing with the abuse of Government vehicles

The abuse of Government assets – especially vehicles – is nothing new.

It has been happening as far back as we can remember and although a lot is said about reducing it from time to time, the issue remains a costly one for the Government.

All you have to do is take a few minutes to flick through the Audit Office’s report on irregularities submitted to the Government to get an idea of how bad the problem is.

From one Government agency to another, one of the biggest expenses is the cost of vehicle maintenance and repair. It’s a growing expense too.

Suffice to say, on an annual basis, the Government spends thousands of taxpayer money on the issue, money that could be better spent on education, health and improving basic utilities across the country.

This week, the issue resurfaced thanks to a timely intervention by the Minister of Works, Transport and Infrastructure, Papali’i Niko Lee Hang.

In a story titled “Abuse of Govt. vehicles under spotlight,” Papali’i warned the Chief Executive Officers of Government Bodies under his portfolio to put their foot down to stop the abuse of such assets.

“I held a meeting with all of the C.E.O.’s of S.O.Es under my portfolio reminding them the current policy that only C.E.O.’s are allowed to drive after hours,” Papali’i said. “If at any given time an employee is tasked with an after-hour job they are required to utilize the vehicle using an authorized sticker.”

Let’s pause here for a second. Obviously the Minister is talking with knowledge of an existing policy about these so-called stickers when vehicles are used after hours. How many of us have seen any of these stickers anywhere in Samoa? I cannot recall seeing any sticker for the past 20 years, if they exist at all? Now if this is the policy, as identified by the Minister, why has it not been followed? Why are public servants openly defying the law and breaking it too? Who is supposed to be monitoring these policies?

Getting back to Minister Papali’i, he added that it is “an eyesore to see all these Government vehicles on the road after hours without the authorized sticker.

“Who knows what they are using the Government vehicles for, whether it’s for actual government work or personal errands or just joy riding.”

And to top it all off, the Minister said he has personally witnessed all this.

“We spend millions on Government funds for maintenance and petrol for these Government vehicles and these are taxpayers’ money.

“That is why the C.E.O need to put their foot down because at the end of the day, they are the ones facing the music, not the employees.”

We agree. But then the Government must press further. If Cabinet Ministers are serious about curbing the abuse that has been identified, they should lead by example. They should insist on one Government vehicle per person. In some instances, we often see Ministers’ family members driving Ministry vehicles while the Ministries are running around to arrange rental cars for official use. This is downright abuse of power and position. It needs to stop.

Lastly, the Minister came down hard on Government drivers who like to leave their vehicles running with the air condition on.

“Sometimes you find the government vehicles with the engine running with the full blast of the air condition while the driver is inside the store… this is just ridiculous,” he said.

“The C.E.Os have been reminded to inform their employees to utilize the vehicles with care, these are Government assets and what I have seen and reported by the people is a clear indication these people don’t care about the Government’s assets.”

Told that the same rule should also apply to Cabinet Ministers who leave on the vehicle air condition during brief stopovers, he said: “Well, we Ministers have special privileges. We have the right to use the vehicle any way we know is right but not to abuse the Government assets.”

Well don’t you think this is where our problem lies?

People naturally follow their leaders. And it’s probably why this issue will never be resolved – in this lifetime at least. 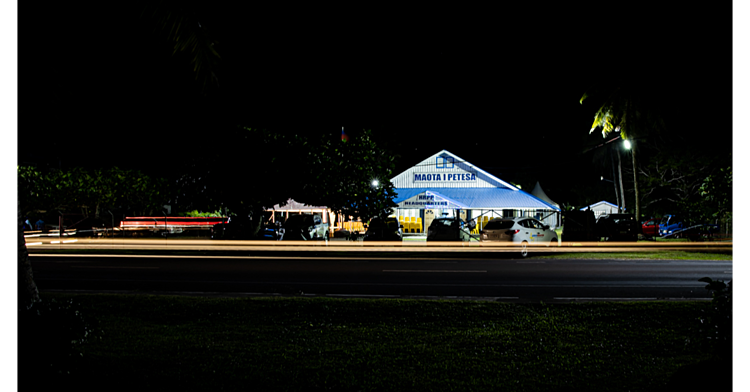