But he has refused to admit that he might have been wrong about her and has also hinted at some changes in terms of contestants representing Samoa in the future.

The Prime Minister offered his congratulations in an interview with the government-owned Savali Newspaper, distributed to the media last night.

“I must congratulate Latafale for her great effort,” Tuilaepa said. “I knew right from the beginning that it was going to be a very tough competition with 114 competitors who are all top models and highly rated in their home countries too.”

The Prime Minister’s change of tone follows his sharp criticisms of Ms. Auva’a for choosing the Miss World over fulfilling her duties as the reigning Miss Pacific Islands.

Prior to her departure, Tuilaepa said Ms. Auva’a would only achieve “pa’upa’u” (snots) in China. But he was proven wrong. The former Miss Samoa and Miss Pacific finished eighth in Beauty with a Purpose, fifth in sports and fitness, fifth in talent and 24th in the People's Choice award.

Tuilaepa said that while Ms. Auva’a’s performance was great, he lamented the fact she was not ranked.

“As you know, the points gained from the different challenge events are tallied for each competitor and that is how the final results overall are calculated.

“The final placements put the Spanish Pageant queen as the winner of the 2015 Miss World. Russia came second, Australia took sixth place, New Zealand 17th and only the top 21 competitors including the overall winner are ranked in the Miss World contest. The other 93 girls are not ranked - Samoa is in this category.”

Looking at the future, Tuilaepa said the New Zealand-based organisers for the Miss World Samoa would “need to concentrate only on the Miss World campaign and not become involved again in the Miss Pacific pageant.

“That way, there will be no more confusion and ill-feeling caused by a Pacific Pageant Queen breaching her obligations to the Pacific Pageant in favour of a much higher profile Miss World pageant.”

Tuilaepa also revealed that the Miss Pacific Pageant Board, of which he is the Chairman, will meet in July next year where the issue will be discussed. He said they already have some good suggestions.

“But for now as our Lord has taught us, 'one cannot serve two Masters'. And so the current Miss Samoa New Zealand Association should focus on the Miss Samoa World to ensure that we progress to a better ranking than we have achieved this year.

“And of course, all pageantries will still have to apply directly to government for the use of the name 'Samoa'.”

“I could go on and on but what's important to remember, and what many critics don't understand, is that no one can compete internationally and use the name of Samoa and the Samoan flag without the approval of the leader of Government. And so it was with Miss World.”

Lastly, the Prime Minister reminded that when the title of Miss Pacific Islands comes with responsibilities.

“At the end of her reign as Miss Pacific Islands, the culmination of the year's efforts and experiences will be acknowledged in her farewell speech.

“In this speech she will thank her country and the entire region for their support, and reflect on lessons learnt, experiences shared, and impart knowledge and encouragement to the new crop of Pacific Islands pageant hopefuls.

“It's not just a handover of a crown. When I was interviewed before on this topic I spoke generally about the Pageant and its history and development. This was mostly misinterpreted by some media who don't understand the structures of the two different pageants.” 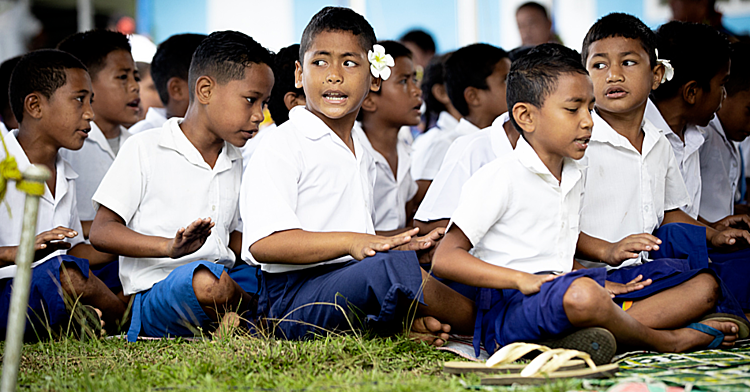