Online transactions can be hacked

Anything that is computer generated can be easily hacked and that’s a worry for the Central Bank of Samoa, says Governor Maiava Atalina Ainu’u-Enari.

Maiava was responding to the Samoa Observer’s front page article on Monday “Entrepreneur defends bitcoins, cryptocurrency”, where she highlighted that the entrepreneur, Mapanza Nkwilimba, failed to mention that bitcoin was hacked a while back.

“There are so many cryptocurrencies.  This is the challenge with these computer generated so called assets because anything that’s computer generated can be easily hacked, and that is a worry for us as regulators because our main concern is protecting the people who use it,” Maiava said.

“As the central bank regulator, our position is trying to look at it carefully to see what are the benefits of using it, but any innovations there are always risks that need to be managed and minimised so that the public and the people who are going to use it are safeguarded, and also the financial system is protected.

Maiva said sometimes people use these crypo assets to promote pyramid schemes, like if you invest in this, you get this much return.

“That’s why we have been warning the public to really take time to think about the risks because some of the returns that are being offered are too good to be true, and sometimes the cryptocurrency maybe good, but the people, the agents who are promoting it, these are the people we have to be careful about.  These people tend to give out false hopes and wrong impression on what benefits they would get from these assets.

“It’s those agents who are pulling in people who don’t know any better. It’s a matter of educating people. We will still do our best. These new technologies have challenged the traditional way we do things.”

Maiva said the amendment done to the Money Laundering Prevention Act in June highlights that anyone who promotes cryptocurrency needs to get an approval and a license from the central bank, and failure to do so is an offence.

“Cryptocurrencies or crypto assets have benefits, but it still needs to be monitored in a controlled environment. It is in its infant stages at the moment, it’s been trialed and is still tested at the moment, so as financial regulators any new technological innovations they are always risks to it.

“Cash will always be there, and cryptocurrency will not replace that because of its high risks that is very attractive to criminals, there is no way in that system to know who is sending the money, who is receiving the money, so there is that anonymity of people behind it. But with cash, although there are risks, but it is safer than going all digital.

“We welcome new technology, but we want to manage it so that people are protected.”

“So whatever economic issues that affect our traditional trading partners Australia and New Zealand, will also filter down and have that trickling effect on Samoa, so that’s why we’re always mindful of what’s happening around the world and what affects our small economy.

“The trade war between China and United States has an effect although there’s little trade directly with China, but we are indirectly affected through our major trading partners Australia and New Zealand,” she said. 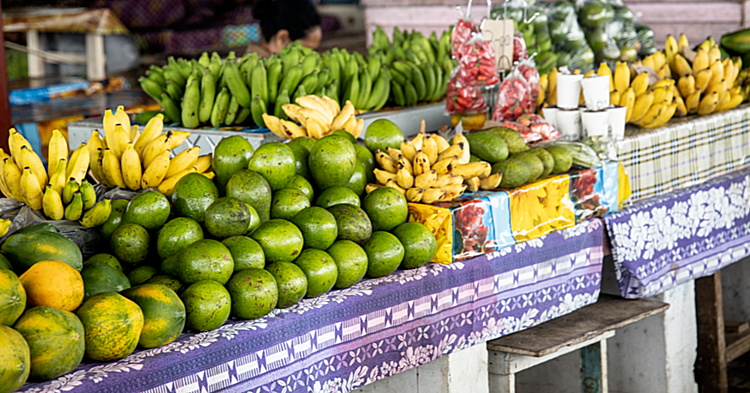