Church commitments are the cause of poverty - Afoa Aliva

It’s no secret that churches in Samoa hold a lot of influence over the people and that is expected with a nation claiming to be founded on God.

But when churches misuse that strong influence then that’s when we know we need to take a few steps back.

It is noticeable that many times in Samoa, some preacher’s favorite teachings always centre on giving to the church… tithes and offerings, even when they see that many of their flock are struggling as it is.

And for Afoa Aliva, a farmer from the village of Tafitoala Safata, this is one of the reasons why rural villages suffer.

“There are many families in the rural villages just like my own who have no working family members,” Mr. Aliva told the Samoa Observer.

“It is just me and my wife with our kids in school. None of them have graduated yet, they are all in school.

“A lot of our money goes to schooling because we put their education first. In these back villages there are many things that take up money such as village activities.

“But the money going to village activities is nothing compared to what goes to the church; they say that 1:10

Mr. Aliva admits that life in the rural villages can get difficult at times with a lot of his money going to many different unnecessary things.

“This is because village activities aren’t common; but for the church, wow, there is not a single denomination that doesn’t have church activities.

“At times I find myself praying to God asking if this is right.

“The fact of the matter is that there are way too many church activities and that is why the village really suffers.”

With Mr. Aliva having ties to both the Congregational Christian Church of Samoa (C.C.C.S.) and the Catholic Church, he claims that his comments on the matter are not biased in any way.

For him, all the churches are the same.

“My denomination is the C.C.C.S. but my family is Catholic,” he said.

“What I’m saying does not target one church; every church is the same. For my Catholic church there is so much money going into things.

“I think the problem here is the mindset that we are Christians, we are a people of the church.”

Mr. Aliva feels that the solution lies within the leadership of the church to find ways to help the people rather than bleeding them dry.

But the only thing he and the rest of the villagers can do, is to just sit back and be obedient.

“You notice a lot of land being bought by the churches and they just tell you ‘ok this money goes here and there’ and all we can do is sit down and listen,” he said.

“The Bible teaches us that the most important thing is obedience… even though you feel in your gut that that something is wrong but you just still obey.”

Aside from a lot of money going to the church, Mr. Aliva feels that people in rural villages can help themselves pull away from poverty if they just work hard.

“If you don’t work, then you won’t get anything,” he said.

“There’s no hardship if your money is managed properly and sitting down doing nothing will make you poor.”

But other than all the money going out, life in the villages isn’t so different from that of the urban areas.

“There is not enough money going around in these villages,” Mr. Aliva said.

“The Prime Minister is so right. People sit around too much and they don’t go around and work. There is a lot of money in farming; you can make a lot of money with your plantations.

“For me personally, there is no big difference between  life in Apia and life here in these villages.

“There are minor differences but that’s all.

“Living in Apia is like living overseas. They live on money, they eat good food but that’s the same as over here.

“If the people weren’t lazy and they have cows, pigs or chickens, then they will be all right.” 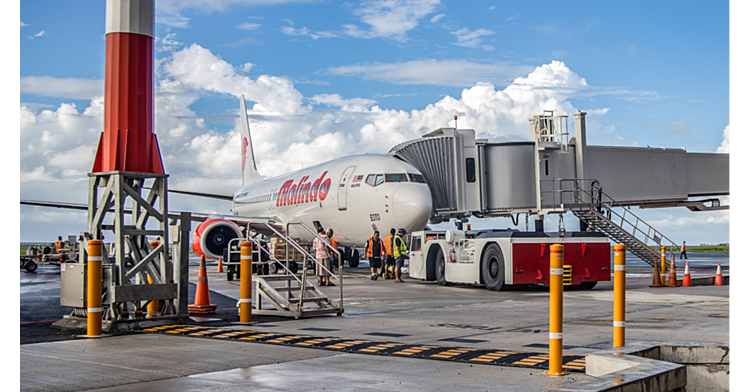 A flight attendant from the Samoa Airways crew is the latest suspected case of the COVID-19 in Samoa. Prime Minister Tuilaepa Dr. Sailele Malielegaoi confirmed this as well as a plan to return the Air Malindo plane and crew early.