A twenty-one-year old Viliamu Vitale of Falelauniu-uta and Mulifanua is not going to have a very good Christmas.

In fact, he is heading to Tafa'igata where he will spend the next four years having been convicted of manslaughter.

It’s a sad ending to a case where he violently reacted to someone who swore at him and a friend.

The decision to jail him was handed down by Supreme Court Justice Vui Clarence Nelson. The victim and the deceased is a 36-year-old male of Statapuala and Falelauniu Uta.

Vitale pleaded guilty to the charge of unlawful act, namely assault in relation to an incident on 13 April 2017. Alcohol was involved.

According to the summary of facts, on the day in question at Falelauniu, the deceased was drinking with a work colleague by the name of Niusila in front of the shop. At about 8pm, the pair finished their drinks and headed home.

On their way home, they encountered the defendant and a co-defendant. These two men were sitting on the road.

The defendant and Niusila exchanged greetings and the two kept walking.

Intoxicated, the Court heard that the deceased man began swearing at the defendant and his co-defendant.

While on the ground, the defendant and his co-defendant continued to assault the deceased, delivering punches and kicks.

Eventually bystanders intervened and stopped the assault. By this time the deceased was unconscious.

He never regained consciousness and was pronounced dead at the hospital.

Justice Vui said the post-mortem examination showed that the deceased suffered extensive injuries to his face and head causing internal bleeding which then eventually led to his death.

The injuries indicate that the beating was severe and extensive.

“The maximum penalty for manslaughter is life imprisonment and in fixing the starting point for sentence the court takes into consideration the principal of sentence contained in the Sentencing Act 2016,” said Justice Vui.

“It is also relevant in this case that the deceased was at the time of the incident, drunk and there is no evidence that the defendant and his companion had been drinking.

“The defendant and his companion were sober and they should have left the stupid drunk alone because it appears they know as the evidence indicates that he is neighbors with the defendant.

“Instead the defendant responded to provocation and insists in beating up the deceased to the extent that the beating carried on even though the deceased was helpless and on the ground.

“It is also clear from the injuries that the blows delivered targeted the head and the upper area of the deceased.”

“This case involves only two people and it is clear that the assault was provoked by the deceased’s conduct directed to the defendant and his companions whom it appears were sitting peacefully on the road,” he said.

“The police summary of facts also said the deceased’s friend, Niusila, had tried to drag away the deceased which indicates the deceased was behaving aggressively towards the defendant and his companion.

“These factors do not excuse the action of the defendant and his friend, but it places the assault to its proper context.”

Eight years was adopted as starting point for sentencing.

The usual deduction for the defendant’s previous good character, guilty plea and his young age were considered which left four years imprisonment from the eight years starting point. 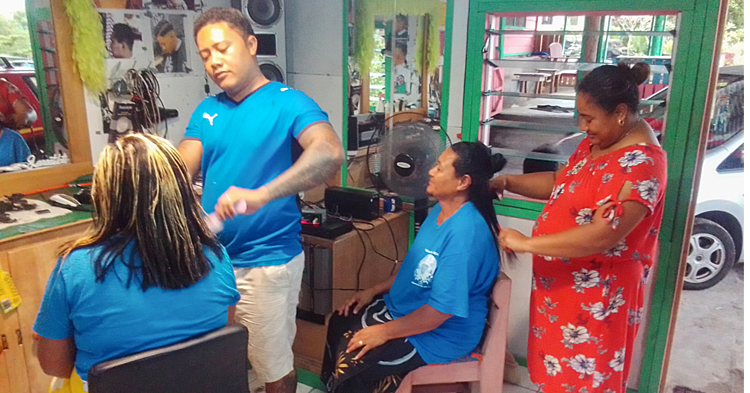 A death reported from Sagaga No. 4 over the Mother's day weekend is being treated as a homicide case by the Samoa Police Service, Deputy Commissioner Auapaau Logoitino Filipo has confirmed.