Allies rally to UK's May amid leadership woes over Brexit

LONDON (AP) — British Prime Minister Theresa May won support for her beleaguered Brexit deal Friday from key politicians and business groups, but she remained besieged by internal party opponents determined to oust her.

In a tumultuous week, May finally clinched a divorce deal with the European Union — only for it to be savaged by the political opposition, her parliamentary allies and large chunks of her own Conservative Party. Two Cabinet ministers and a handful of junior government members resigned, and grumbles about her leadership erupted into a roar.

Friday brought some respite, as supportive Cabinet ministers rallied around her. International Trade Secretary Liam Fox, a prominent pro-Brexit voice in Cabinet, threw May a lifeline by urging rebels to "take a rational and reasonable view of this."

"Ultimately I hope that across Parliament we'll recognize that a deal is better than no deal," he said.

Britain's Conservatives have been divided for decades over Britain's membership in the EU, and the draft withdrawal agreement has infuriated the most strongly pro-Brexit members, who want the country to make a clean break with the bloc. They say the draft agreement, which calls for close trade ties between the U.K. and the EU, would leave Britain a vassal state, bound to rules it has no say in making.

The deal drove a group of disaffected Brexiteers to try to topple May by submitting letters saying they have lost confidence in her leadership. They are aiming for the magic number of 48 — the 15 percent of Conservative lawmakers needed to trigger a challenge to her leadership under party rules.

After a day of conflicting rumors about whether 48 letters had been sent, leading Brexiteer Steve Baker said, "I think we're very close."

He suggested the threshold might be reached "sometime next week."

If May lost her job as party leader, she would also lose her position as prime minister. But winning a leadership vote could strengthen her position, because the rules say she can't be challenged again for a year.

Cabinet Office Minister David Lidington, one of May's chief allies, predicted that "if it does come to a challenge, the prime minister will win handsomely."

"I've seen no plausible alternative plan from any of those criticizing her or wanting to challenge her position," Lidington said.

May got another piece of good news when Environment Secretary Michael Gove decided not to follow two Cabinet colleagues and quit over the divorce deal.

Brexit Secretary Dominic Raab and Work and Pensions Secretary Esther McVey quit Thursday, saying they could not support the agreement. Like them, Gove was a strong supporter of the "leave" campaign in Britain's 2016 EU membership referendum.

Gove said Friday that he "absolutely" had confidence in May, adding that he would work with government colleagues to achieve "the best future for Britain." But he did not answer when asked if he supported May's Brexit deal.

May replaced Raab and McVey on Friday with two lawmakers with track records of loyalty. Former junior Health Minister Stephen Barclay replaced Raab as Brexit secretary, while ex-Interior Minister Amber Rudd was named to the work and pensions post.

But May's Cabinet still contains tensions and potential fissures. Some pro-Brexit ministers, including House of Commons leader Andrea Leadsom and International Development Secretary Penny Mordaunt, have not resigned but also have not publicly endorsed May's deal.

May is determined to fight on, warning that abandoning her Brexit plan, with Britain's withdrawal just over four months away on March 29, would plunge the country into "deep and grave uncertainty."

She appealed directly to voters Friday by answering questions on a radio call-in show. It was not an easy ride. One caller said May should resign and let a more staunchly pro-Brexit politician take over; another compared her to Neville Chamberlain, the 1930s prime minister who tried in vain to appease Nazi Germany to avoid war.

May stood by her plan.

"For a lot of people who voted 'leave,' what they wanted to do was make sure that decisions on things like who can come into this country would be taken by us here in the U.K., and not by Brussels, and that's exactly what the deal I've negotiated delivers," she said.

Businesses, which fear the turmoil that could follow a disorderly Brexit, have largely welcomed the withdrawal deal. The Confederation of British Industry, a leading business lobby group, said the agreement represented "hard-won progress."

In a statement, the group said the withdrawal agreement "opens a route to a good long-term trade deal."

It warned that leaving the EU without a deal on trade and other relations — a path advocated by some Brexit supporters — "is not an acceptable option" and "would badly damage our economy by disrupting supply chains, causing shortages, and preventing vital services reaching people."

Simon Kempton of the Police Federation, a union for police officers, said a "no-deal" Brexit could spark protests, and "it's a real concern that those protests might escalate into disorder."

"It's 2018. It's the year that people dial (emergency number) 999 because KFC ran out of chicken," he told Sky News. "If that will happen, imagine what will happen if we start seeing food or medical supply shortages."

EU leaders, who have called a Nov. 25 summit in Brussels to sign off on the draft agreement, were doing their best to refrain from commenting on Britain's political chaos.

But they stressed that the U.K. should not hope to renegotiate the deal — it is a take-it-or-leave-it offer.

"This is a withdrawal agreement which took the best part of two years to negotiate involving 28 countries, all of whom have their own particular concerns and interests," said Irish Prime Minister Leo Varadkar. "If you start trying to amend it or unthink it, you might find that the whole thing unravels." 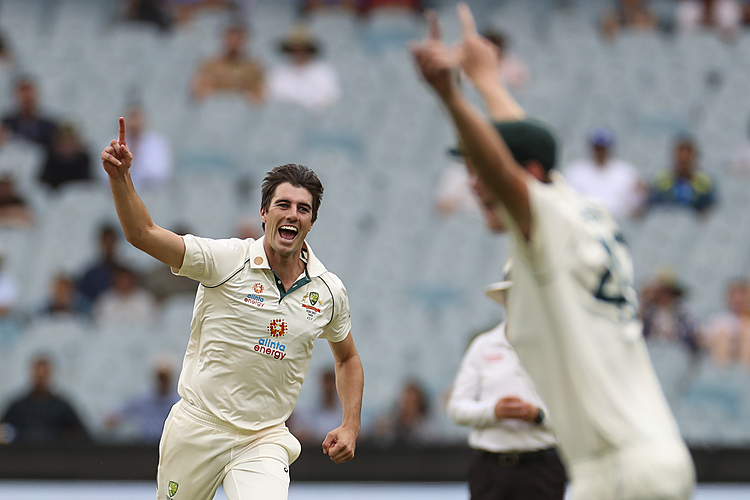 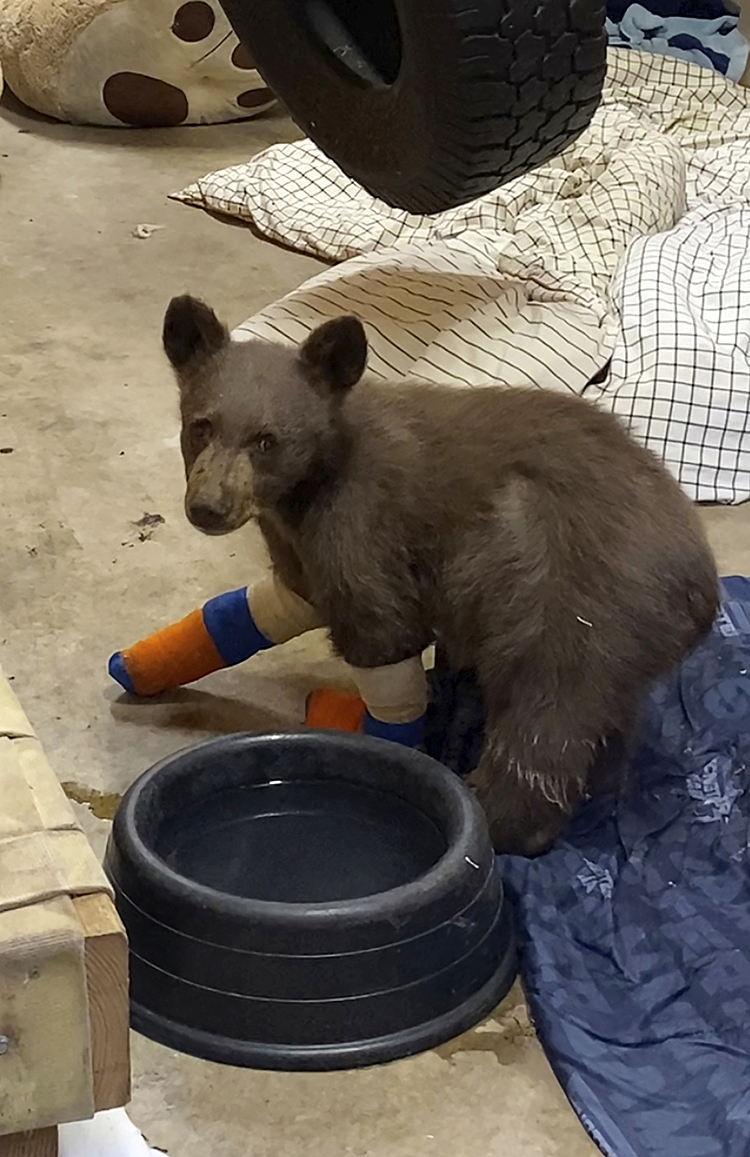 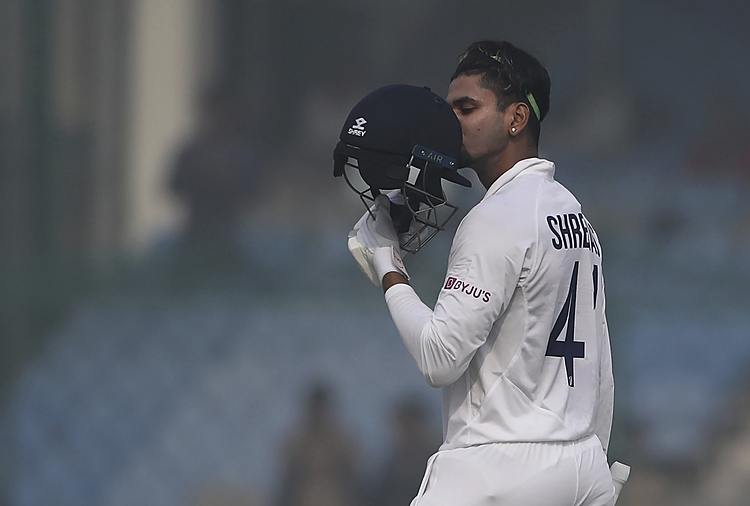