When it comes to a proper meal, most people will agree that without a solid piece of meat on the plate, it might lack something in terms of completeness.

Samoa is not different in this issue. Even more important are the regulations and techniques that go along with a healthy, sustainable and animal-friendly processing of meat in the country.

Within the context of a Livestock meat Expo hosted by the World Bank-funded Samoa Agriculture Competitiveness Enhancement Project (S.A.C.E.P.), the Ministry of Agriculture and Fisheries gave an overview on the situation of the country’s meat production and consumption. The event also included several presentations on optimal living conditions for all the different kinds of livestock in particular.

“Our goal for today’s exhibition is to share some of the key results that have been achieved to date with scientific support, livestock farmers, and other participants in the meat supply chain,” said Fonoiava Sealiitu Sesega, C.E.O. of the Ministry of Agriculture and Fisheries.

These results and especially the recent developments in the meat sector were presented by Mr Tony Aiolupo, the current Principal Research Development Officer of Animal Protection and Health Division (A.P.H.D.) and former Senior Meat Inspector for the Ministry. As Aiolupo was able to point out, “the supply chaining of meat [in Samoa] is now heading to the future.”

Broken down on every single consumer of meat in Samoa, this results in a much higher demand for meat today as it could be measured back in 1961. Back then, a single person in Samoa was usually eating 28.4 kilograms of meat a year, while nowadays, this consumer behaviour has more than tripled, with a meat consumption of approximately 103 kilograms per person each year. This high increase in consumption certainly would mean a profit for the local meat economy. But there is a problem with that.

In his overview on the meat supply chain, Tony Aiolupo explained that “89 % of the total meat supply is imported.” Out of this supply, 79 % are made out of chicken. Only 11 % of the meat in Samoa is produced by local farms including meat made of “cattle, beef or pork.”

As Aiolupo stated, “the issue [with locally produced meat] is that it is produced under unregulated conditions.” In comparison to that, the majority of meat sold in Samoa is, as explained before imported and therefore “in compliance with the meat import regulations, [which secure that] the animals are slaughtered properly under hygienic conditions and are put through the regulated cooling conditions and [are] prepared and shipped over to the country.”

In total, Samoa’s meat supply adds up to a total of 80 million Tala, of which only 11 % benefit the local economy.

To tackle this problem, the Ministry and S.A.C.E.P. introduced several solution approaches, which are supposed to kick-start Samoa’s own meat production under appropriate regulations.

One of these solutions was presented by a man who is in the know about pig farming: Simon Cole from Fiji. Having been a farmer for more than 25 years, Mr Cole has experienced many different ways to properly nourish and breed pigs of all kinds.

When it comes to the situation of pig farming in Samoa, Cole, who has been working as a technical assistant in S.A.C.E.P., shared a pretty clear opinion: “What we are looking forward to do is to try and improve the efficiency of the local farmers. If they want to break in the commercial market more, then they have to become more competitive […] and achieve a better quality. And quality is an emotive word here because Samoan’s like their […] pig with back fat. Quality in the European sense of the word is very different from the one found here.

"The reason why we came together here today is to develop a pig product that can come into [the commercial] market and competes directly with imports, which we can do,” Cole told Samoa Observer.

To give an idea on the development of such a competitive kind of meat, Simon Cole spoke out about the right nutrition for pigs in his presentation.

“The answer, we believe, is cassava. Every farmer who is growing pigs should also grow some cassava,” the farmer from Fiji explained. According to Cole, the woody shrub that is originally native to South America, makes an excellent and even cost-effective food for pigs.

He also stated that the nutrition for young piglets must be done in a different way than it is for mature pigs, because when it comes to food, piglets are not much different from humans.

“For a human baby, the first thing you do is to feed them milk and the second thing is to boil their first hard food to death and then mash it to pieces, simply because the baby cannot digest large parts of the food. It’s the same with piglets. The coconut or cassava you feed them must be grated.”

Simon Cole also shared his idea of a professionally but homemade built abattoir for pigs. Presenting a precise construction plan, he said: “If you want to sell your pigs to a hotel or a supermarket, you are going to have to improve your game when it comes to the slaughtering process of the animals.”

But the Livestock meat expo was not all about pigs for its visitors. A small exhibition in front of the hotel’s conference room informed interested visitors about different techniques and production developments in livestock at different stalls guided by the staff of the ministry’s divisions.

These included for instance a scale to weigh any kind of livestock in a short amount of time. The livestock division of the ministry also presented its Mobile Slaughter Unit outside of the facility. This vehicle is used to provide a safe and hygienic way to slaughter livestock quickly on location.

“With the machinery that is built onto the truck, the cattle can be put up and slaughtered. After the process, there’s also a sink built in to guarantee everything is proceeding according to the appropriate standards,” Faasoa Sensieu of the livestock division explained.

The mobile abattoir is used by the division since three months ago and is primarily used to provide a better way of slaughtering for farmers who do not have the needed requirements for the process.

All ideas and developments shared at the expo mostly concern one specific group of businesses: the local farms of Samoa.

That is why the second day of the exhibition will address the farmers tomorrow, to ensure that Samoa’s local economy can profit from the newest achievements in the meat supply chain. 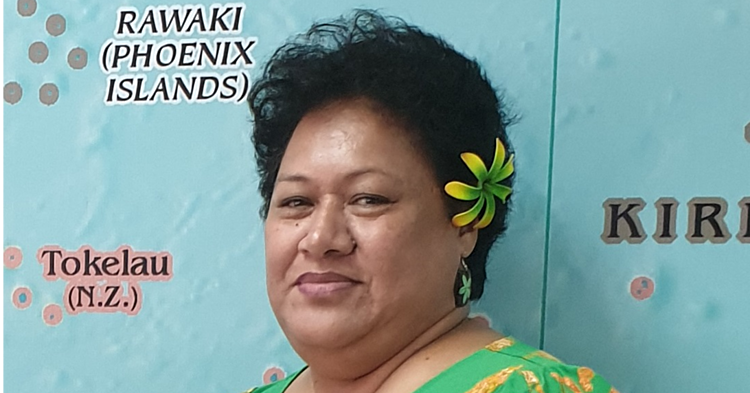