The offer comes from Zhou Lianqing, Member of the Standing Committee of C.P.C. Fujian Provincial Committee as he hosted the Samoa Parliamentarian Delegation of 8 on tour in the Republic this week.

Of particular interest to the Lianqing is the Maritime Silk Road in the 21st Century which China is embarking and will span all the way to the Pacific including Samoa.

The initiative aims to build trade and infrastructure networks connecting Asia with Europe, Africa and the Pacific as a critical link. It has been considered China’s way to promote mutual development in the world.

Aside from the ambitious Maritime Silk Road the high ranking statesman would also like to see Samoa and Fujian Province develop a partnership through an exchange of information targeting agriculture, tourism and fisheries to serve as the platform and vehicle for the two sides enhance understanding and co-operation with one another for future developments.

And Samoa is receptive to the proposition, says Parliament’s Select Committee on Social Sector, Gatoloai Gatoloaifaana Amataga Alesana Gidlow leading the delegation as Samoa has a lot to learn from the successes that the People’s Republic of China has achieved since their “open door “policy.

“You cannot compare China’s wealth of experience and resources to our small country with a population of over 190, 000,” she said.

She noted that among the areas which Samoa is interested in is the Deep Sea fish farm as well as clean energy and of course, China’s expertise in addressing climate changes resilience.

“The Samoa-China relationship continues to flourish and grow guided by Samoa’s adherence to its one China policy and sharing the values and principles of the partnership that is underpinned by mutual trust and respect for international law to address the range of challenges faced,” continued the former Cabinet Minister.

“Samoa is highly appreciative of China’s readiness to assist in Samoa’s efforts towards sustainable development through agricultural/fisheries development, sustainable tourism, education and health and human resource development. We also acknowledge all efforts to upgrade needed infrastructure.

“China has never failed to amaze every Samoan delegation which has visited China and we are humbled to be here and appreciative of China’s assistance to our developed country,” she added. “

The past four decades have witnessed the fruitful achievements in practical cooperation in various fields as well as the deepening friendship between the two countries.

“Samoan people have always been very grateful to China for the gratuitous aid in the long run over the years and admired the Chinese people for the remarkable achievements that they have made along the development path of their own choice.

And she reassured that the Parliament of Samoa will continue to strengthen the exchange and cooperation with the National People’s Congress of China and make new contribution to the Samoa-China friendship.

To that effect, the China-Samoa relationship has become the model in friendly cooperation for China and Pacific island Countries.

She said that Samoa hopes China will continue supporting its national construction and is willing to actively participate in the forum between China and the Pacific Island countries on economic development and cooperation. 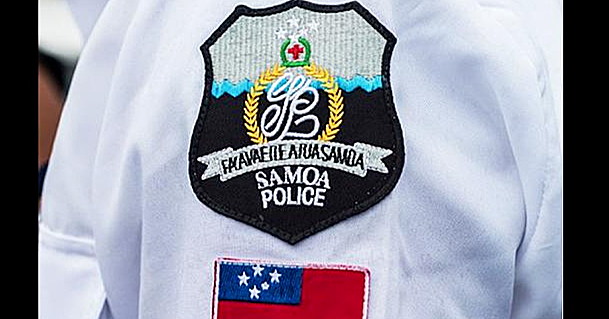 A 25-year-old has pleaded guilty to twice raping a 13-year-old boy last year.

Police Commissioner, Fuiavailiili Egon Keil has been warned by Judges of the Supreme Court for contempt of Court by unlawfully withholding defendants in custody when they are due for trial.

The leader of the ruling Human Rights Protection Party, Tuilaepa Dr. Sa’ilele Malielegaoi, has applauded the decision by long-serving Member of Parliament, La’aulialemalietoa Leuatea Polataivao, to resign from the party.