Another move about political control on the horizon

A story titled “Govt. moves to change law for Cabinet to appoint A.C.E.Os” published two weeks ago on the pages of this newspaper raised some very interesting question. We believe they are worth revisiting.

This is because in our view, the proposal when it becomes law; is another way for the government to continue to handpick whoever suits their agenda to fill these critical positions.

It is a political move that threatens to remove any last bit of respect that was left in the selection process, which is presently being handled by the Public Service Commission. Suffice to say, they might as well not bother advertising it at all and just throw anyone they like in there.

The change we are referring to by the way is being proposed in the Public Service Amendment Bill 2017 tabled in Parliament at the beginning of the month.

The proposed amendment says all A.C.E.O positions are to be appointed by the Head of State, based on the recommendation of Cabinet. In other words, the appointee will have to be approved by Cabinet or else.

“The main objective is that, if we select the right person to be the A.C.E.O, he or she can automatically move up to become the next C.E.O,” Tuilaepa explained.

But if Cabinet didn’t care before, why does it care now?

Why has it all sudden become interested in the selection of A.C.E.Os? Perhaps someone can explain this to us.

Tuilaepa said the “selection of A.C.E.Os is based on their qualifications and their academic backgrounds.”

“That’s why we have a special panel to interview the applicants. They will then report to the Cabinet about whom they think is the right person to do the job. Once we (Cabinet) agrees, then we will inform the Head of State and then the appointment will be made.”

Interestingly, when the bill was tabled in Parliament, concerns were raised by some Members of the House.

For instance, M.P. for Alataua West, Ali’imalemanu Alofa Tuuau said it appears as if the government no longer trusts the P.S.C’s judgment in carrying out one of their core functions.

“If this is the case, it would leave the Commission (P.S.C.) less than 50% of the work responsibilities to tend to, which is unacceptable,” she said.

“Cabinet should leave it to the Commission to carry out its roles and duties,” Faumuina said, adding that things should be left the way are.

“The Cabinet should focus more on major issues and should not spend much time on minor responsibilities such as the appointments of A.C.E.Os.”

Perhaps someone should tell us first why all of a sudden this has come about?

What political motive is there for Cabinet to suddenly want to meddle in this selection process? Are they not satisfied already with the power they have to handpick the C.E.Os, which we know has happened on a number of occasions? How many times have we heard about recommendations from selection panels being totally rejected and ignored?

And now this? Folks, there is no guarantee they will not do the same with the A.C.E.Os once this amendment is approved and becomes law. What are they up to now?

Are they not satisfied with the unquestionable power and authority they have or do they want more people to bow down and kiss their toes? 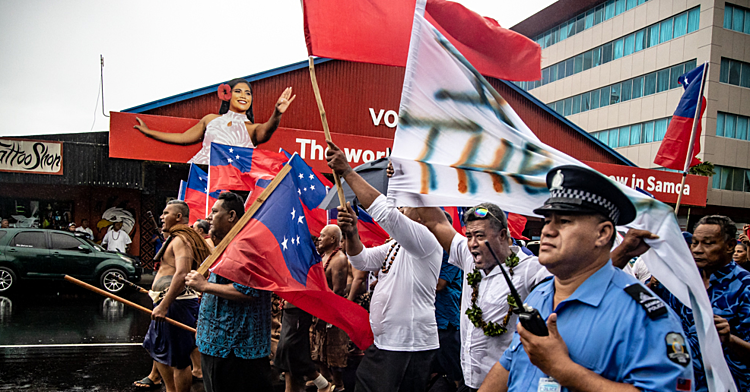