Prime Minister, Tuilaepa Dr. Sa’ilele Malielegaoi, says reporters “don’t understand” financial records and therefore there is no need for Samoa Airways to reveal the state of its financial performance a year after it was launched.

This is what Tuilaepa told the Samoa Observer at the Faleolo International Airport yesterday evening as he was about to board Samoa Airways inaugural flight to Brisbane, celebrating the Airline’s first birthday.

He was joined by the Minister of Public Enterprises, Lautafi Fio Purcell, Minister of Finance, Sili Epa Tuioti and the Chief Executive Officer, Seiuli Alvin Tuala, among other senior Government officials.

Besides, the Prime Minister said there is “no need” for reporters to read financial reports and audits.

Tuilaepa said the full financial records would not be ready for scrutiny for several months.

“The process is that after the financial year has ended, the next thing to do is to prepare the accounts and of course this may take one to two months,” he said.

“After that the audit will be conducted, and after that it will come to the Board."

“Only then, the actual results will become known and only then we will be able to express an opinion.”

As to whether the company is transitioning at a healthy pace to being fully locally owned and operated, the Prime Minister doesn’t have any problems.

“We can only be guided by what comes out of the Board, who are directly involved with the management of the company. There doesn’t seem to be any problem,” he said.

The staff and crew of Samoa Airlines are a mix of local flight attendants and some pilots and Italian pilots, technical and maintenance crew who have been working closely with Samoan’s to train and build capacity.

Chief Executive Officer, Seiuli Alvin Tuala, was not available to share his thoughts on the one-year anniversary of the airline. 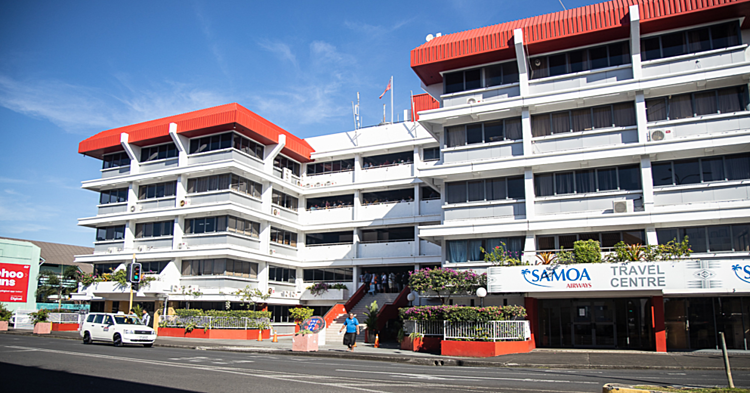 For Wednesday and Thursday this week, the Fund injected $6,161,060 million into the local economy, with $7.8 million remaining unclaimed. The amount is the balance of $14.2 million [2 per cent] the Fund had allocated for the cash payout.

The Ministry of Communications and Information Technology has celebrated another milestone with the national Radio 2AP now being made available through the web and mobile technology, aside from being accessible on the internet.