During the fa’afafine forum held on Friday at the Samoa Tourism Authority, hospital nurse Maxine Faamoe Etene asked the S.F.A. if the comments from Associate Minister, Lealailepule Rimoni Aiafi about the United Nations promoting same sex marriage in Samoa, could be discussed amongst their collective.

In Etene’s view Leala’s comments brought up an opportunity for the faafafine collective to talk about the differences between gender and sexuality rather than what the implications a ban on same sex marriage would have on faafafine.

“The mentality of Samoan people is that they think that faafafine are gay but that is a totally different story. I want the S.F.A. to discuss these issues because it’s now in the paper and the whole country is reading the paper.”

Etene does not support gay marriage and reiterates that the S.F.A., as a collective, stands firmly against the legalizing of same sex marriage.

“I also saw the comments of people online and they are not supportive of gay marriage and I think that is so true. His perspective was mainly aimed at the culturally indigenous Samoans because this concept of gay marriage is not allowed in Samoa and we support that.

“S.F.A. has that rule that we are not allowed to marry but we can be who we are and we can support our family and the country through our charity work.”

Etene supports the human rights of gay people but that in Samoa, gay marriage simply does not align with our religious and cultural values.

“We support gay people but in terms of (gay) marriage in Samoa, we don’t support that.

“We are Christians and we know our limits with our family, church and village. If you want to marry there’s a place where you can go marry for example Australia and overseas that accept gay marriages.”

Even at the expense of personal happiness?

“For me I know we have feelings and that but we also have our limitations.” Etene responded.

Friday was day two into The Fa’afafine Week 2017 which is sponsored by a sector of the United Nations, the UNDP funded by the Global Fund which Leala identified as the organization he believes has a hidden agenda in promoting gay marriage.

“And also the thing is he also mentioned that the U.N.D.P. was secretly promoting that activity and he didn’t like that. I think he was being paranoid.

“I saw comments that the U.N.D.P. has been providing for Samoa with the youth and also they are one of our most powerful stakeholders for Samoan people so that’s why I want S.F.A. to discuss this issue.” 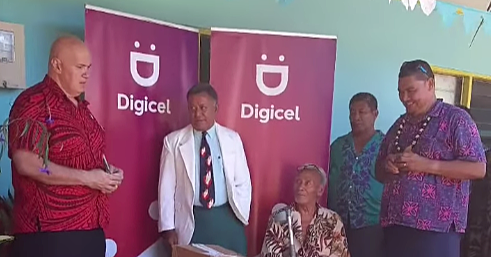