A fun run and zumba session marked the ninth day of 10 Days of Activism, a programme organised by the Samoa Rugby Union and Football Federation Samoa to celebrate International Women's Day.

Over 30 participants joined in the fun run from Gym 1 at Tuanaimato around to the Samoa Rugby Union, where they took part in a zumba session run by the Ministry of Health yesterday evening.

One of the organisers, Samoa Rugby Union women's development officer Avi'i Fa'alupega said she was really grateful for the turnout. 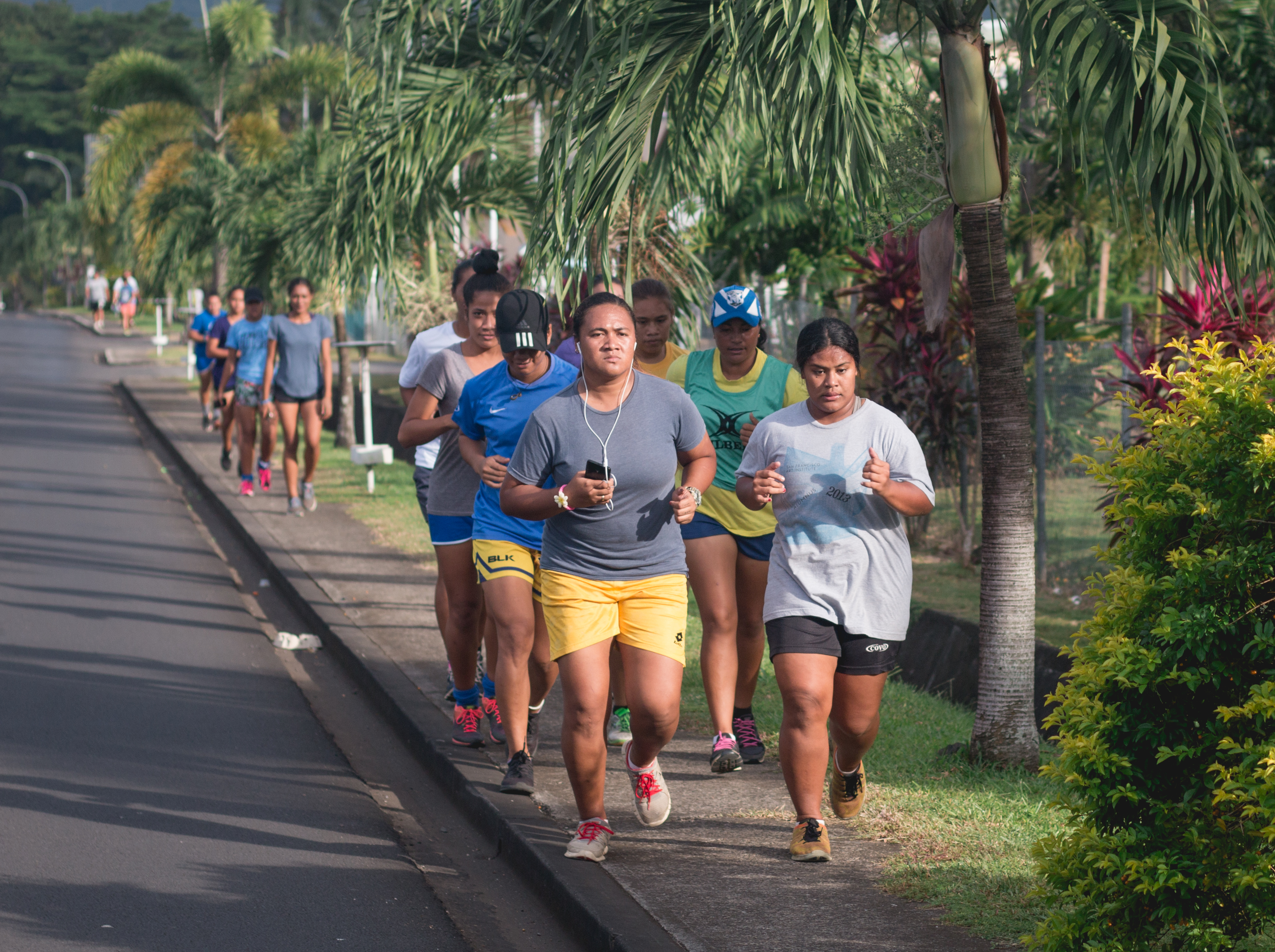 "I appreciate the boys and girls who came today.

"Today is all about fun, getting to know others."

Miss Samoa Sonia Piva took part in the event, and Fa'alupega thanked her for contributing to the work the organisers are trying to do.

"She's an ambassador for Samoa throughout the world."

Fa'alupega said the 10 Days of Activism was about pushing the importance of women in the community.

"For the community to recognise the importance of women in sports.

"Not only in sport but also in their families, individual lives and Samoa as a whole."

Conferences about team bonding, game awareness and technical sporting knowledge have been run over the 10 days leading up to International Women's Day. 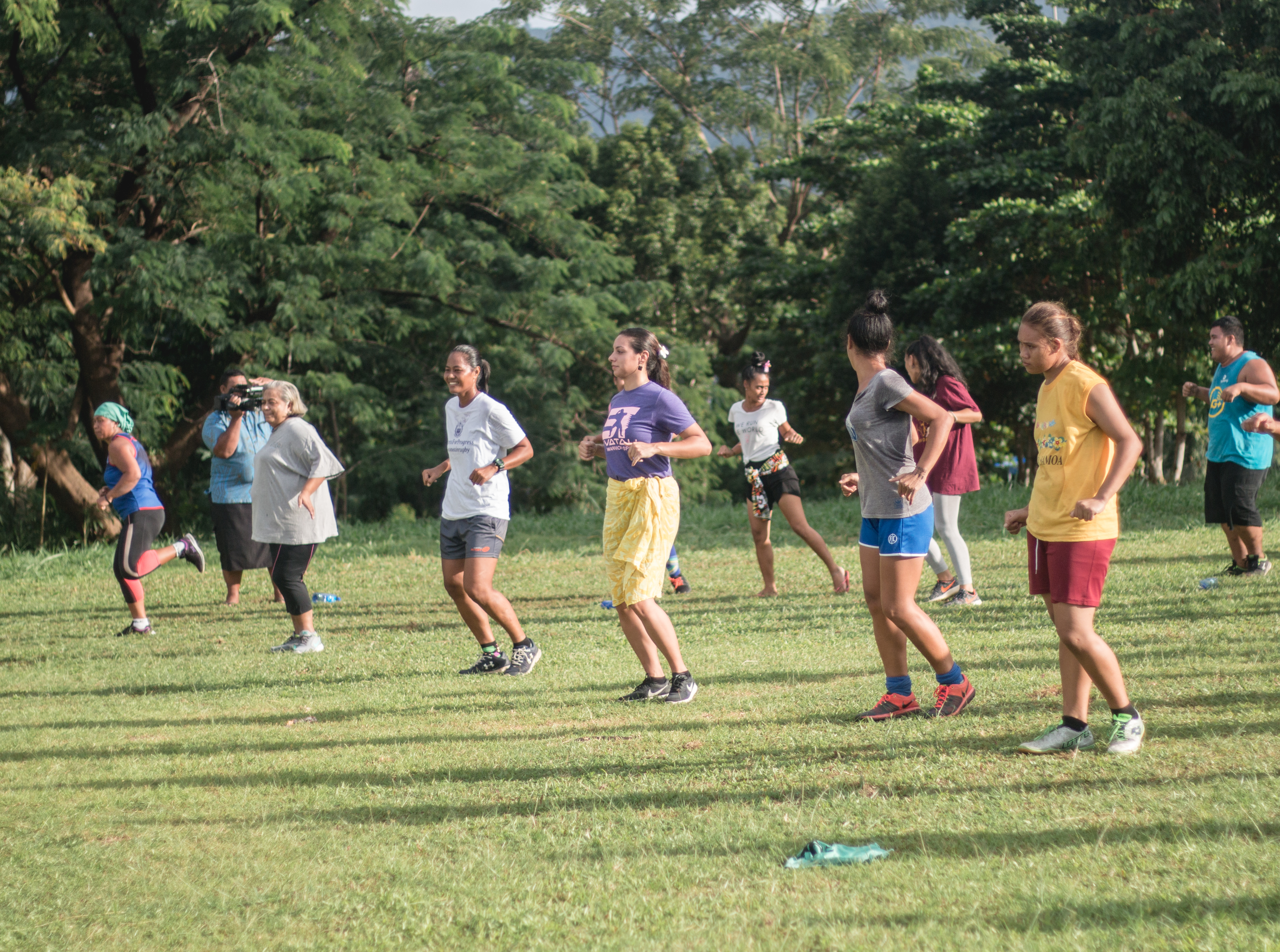 "Trying to get the girls to see that sport is not only about physicality, competition, but also about friendship and getting to know other people," Fa'alupega said.

SRU and FFS decided to join together for this year's International Women's Day campaigns, after they had previously struggled for recognition.

"Usually every year, we do our projects separately on the day itself,"said Fa'alupega.

Today a festival is being held for International Women's Day, with Brown Girl Woke, Ministry of Health, Ministry of Education, Sports and Culture, Women in Leadership Samoa, TV3 as well as the two sporting bodies joining forces to put the event together.

Fa'alupega said a few primary schools and colleges will be attending, and their is an open invite to all wanting to take part.

"We also encourage the primary school kids to bring their mothers, to come and join the activities tomorrow." 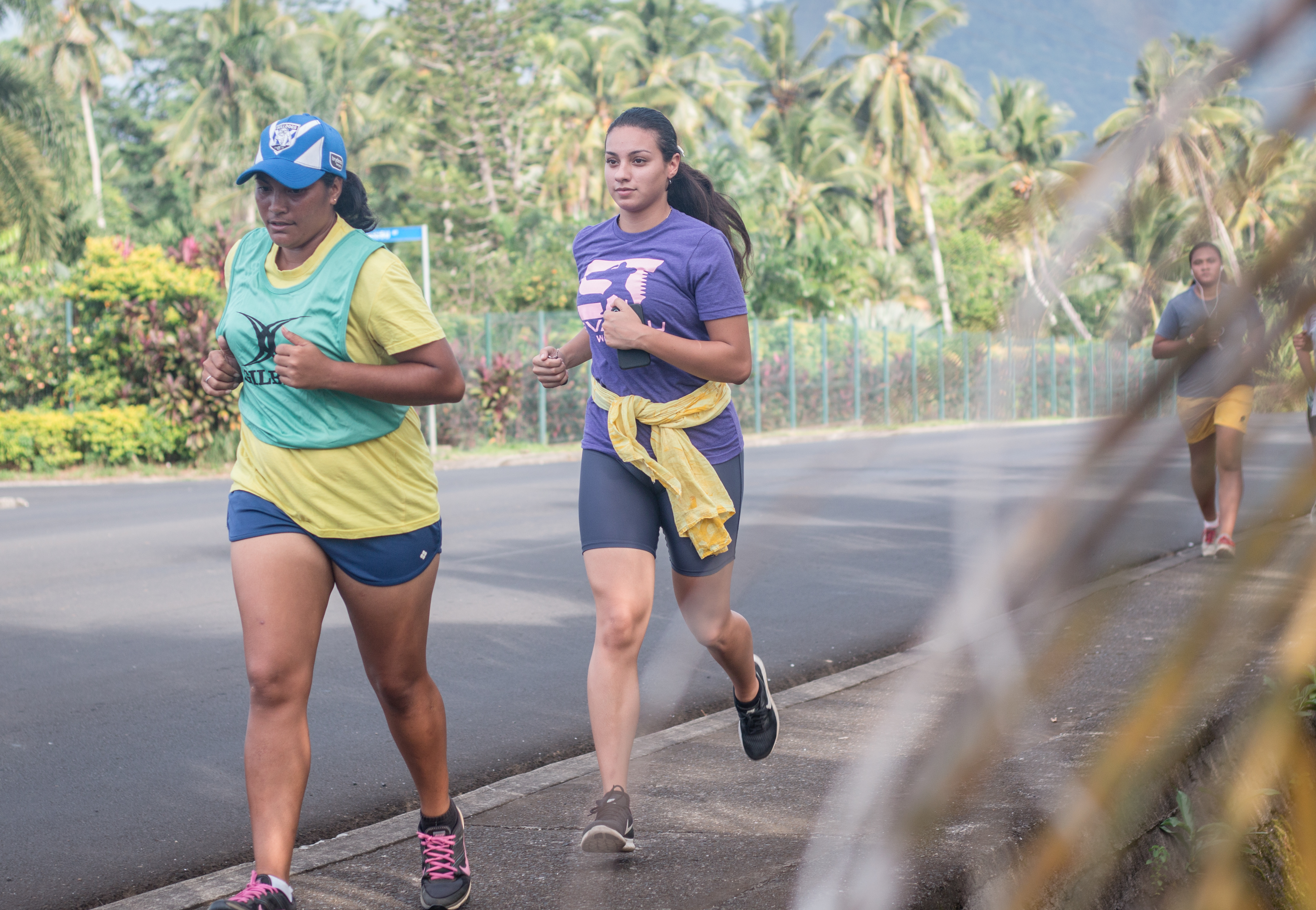 The national women's football team and Manusina sevens will be present today.

"They're doing the opening activity, it's all about ball skills," said Fa'alupega.

She said the presence of those national teams gives the young girls at look at the pathway for them.

"The whole point is trying to put girls in the spotlight, especially the players.

"For the girls to see their leaders that are at the forefront of the sport.

Fa'alupega said they hope to gain support for those teams too.

"If we have that support from our community, that's a big boost for the girls in their career."