Magic Circus to bring tallest man in world to Samoa

The newest and promised to be “greatest show ever” is soon to open in Samoa at Tuana’imato.

Welcome to the 2017 edition of The Magic Circus of Samoa!

But Samoa get ready for something truly unique and only something The Magic Circus of Samoa can bring.

It’s the one and only, the Guinness World book of Records, the tallest living man in the world today.

Sultan Kosen is coming to Samoa!  He will arrive during the first week of February all the way from Turkey to be part of the show.

Since then, the giant Sultan has starred with Tupa’i and the Magic Circus of Samoa in Tahiti, Seychelles and Mauritius.

Sultan has never been with another circus and is sure never to be as he loves The Samoan Circus and feels good with all the performers under Tupa’i Bruno’s care.

This is one show that can’t be missed, says Tupa’i.

“There’s never been any show in past of this extreme caliber,” he said. “Celebrated and toasted by the honorable Prime Minister of Samoa as “a show that Samoa is truly proud of and that represents Samoa around the world in a great and positive way.”

So, get ready to see the incredible unique Samoan circus, a special circus like none-other in the world. “It belongs to Samoa… the only nation in the Pacific to have their own, world-class Circus,” said Tupa’i.

4 weeks only in Samoa!   American Samoa is next on the tour!

Advance sale tickets will go on sale in Apia as of Thursday 2 Feb.  (Venue to be announced) 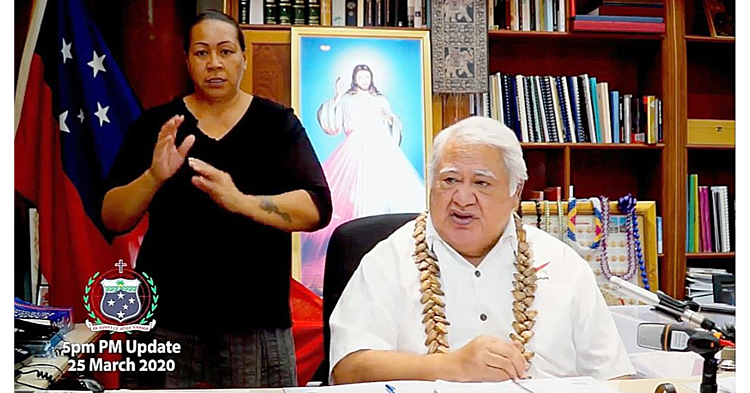 Prime Minister, Tuilaepa Dr. Sa'ilele Malielegaoi, has explained the role of the woman dubbed the ‘silent communicator’ appearing alongside him at press conferences.

Mother talks about fears in giving birth during global pandemic

A mother has told of her fears of giving birth to her first child amidst increasing concerns in Samoa over the coronavirus (COVID-19).