It’s Christmas and Digicel has gifted its final round of winners just in time for the big celebration today.

As part of its Get Gifted Christmas campaign, the company has now gifted $30,000 worth of cash prizes. These include:

• Hosted Fun Days with customers in Upolu and Savai’i.

• Celebrated his win with a historic victory parade through Apia township

The festive season has been an exceptionally busy period for Digicel, according o the  company’s C.C.O Deepak Khanna.

“Get Gifted is the concept across all of our 33 markets. The idea behind it is that we know what our customers want for Christmas, to share good times and create lasting memories with loved ones,” he said.

“Our cash prizes could be used for anything but for the most part, when we asked our 30 cash winners how they would spend it, they said on making Christmas extra special for their families.”

This sentiment was shared with Digicel’s Huawei P9 winners, some of whom suggested the phones would make great Christmas presents for family members. It wasn’t just cash and handsets that Digicel was gifting.

Customers were able to take advantage of the Tinko Mai promotion with free texts and minutes as well as the “Double Data” offer which gifted twice the amount of data for the normal cost.

It was the purchase of data bundles that also allowed pre-paid Digicel customers to enter into the draw for a once in a lifetime trip to witness boxing history when Joseph Parker narrowly took the win against Mexican, Andy Ruiz.

It was a proud moment for all when Parker, a ‘son of Samoa’, was able to hold the W.B.O belt high and declare that he had won the fight for Samoa and New Zealand.

The excitement didn’t end there, soon enough Parker was on a flight home to Samoa where he was greeted with a ‘hero’s welcome’ on his route from the airport.  Showing his compassionate side, Parker joined his sponsors, Digicel, at their annual Hospital visit where they gifted children at Motootua Pediatric ward with presents to help lift their spirits during their hospital stay.

Parker’s whirlwind visit ended with a parade through the middle of Apia where thousands of fans turned out to celebrate his victory.

An interview at the end of the formalities showed an emotional Parker acknowledging the love and support received from the people of Samoa.

Digicel Interim C.E.O, Pepe Christian Fruean said: “Digicel is proud to be serving the people of Samoa. We thank you for your ongoing support and we want to wish you all a very Merry Christmas and a prosperous New Year.”

The repatriation flight carrying more than 100 Samoans from New Zealand has arrived. 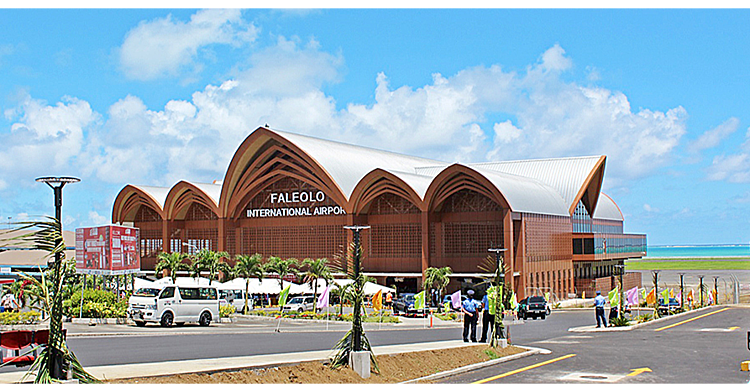 The month of April 2020 has registered as the first time in history for not having international travelling or total arrivals to Samoa.