Having the spirit to serve and engage with the community is the reason behind the good deeds of the staff of Sheraton Samoa Beach Resort, Mulifanua.

Last week Saturday, 10 staff members from the Sheraton Resort mowed the lawn and cleared the rubbish at Mulifanua Wharf.

The resort’s Human Resources Manager, Desiree Amy Ulia, says the program helps them engage with the community they work in.

She said this was the first time they took a step further and mowed the lawn because they would usually just clear the rubbish.

Desiree said since 2015, they have been recruiting local people to look after the property, but now they hope to engage with the community by doing the work themselves.

“This is another way for us to come out of our offices to see the community and to engage with the people,” she said.

She says this is important for her as the Human Resources Manager because she interacts with the locals and tells what the resort has on offer for the people.

“We started doing this mid last year, but we started off with a small job just by picking up the trash. This year we wanted to take it up to the next level where we mow the lawn and we do come out and find homeless people and we get them some drinks and things like that,” she added.

Desiree says their social club also carries out fundraisings, which they hope will help them visit Mapuifagalele and also schools as a way to give back to the community.

“It’s an associate of staff members and we also have plans like visiting the Mapuifagalele also going out to schools and colleges recruiting internships and students for work experience.”

Desiree says at times they would just spend the money from their social club for their staff members because it will also boost their staff’s work productivity.

Usually there would be 20-30 people who would carry out the task, but according to her, most people had to work hence the  small number of people who turned up for the project. 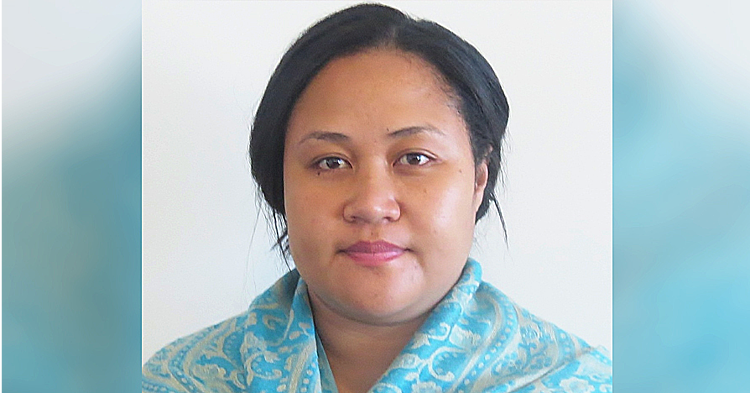