A young man from the village of Nofoali’i has survived a shark attack which has left villagers deeply disturbed.

The young man was fishing in the lagoon on Friday afternoon when he was attacked, villagers told the Sunday Samoan yesterday.

It was not possible to get a comment from the family of the man attacked.

But one of the villagers who spoke on the condition of anonymity said the incident has left villagers concerned, especially since many of them depend on fishing for their daily upkeep.

“I’ve been told that the shark came out of nowhere while the young man was trying to get a fish he had caught,” the villager said.

The young man sustained injuries to his hands and legs.

A nearby villager helped him before he was taken to the Leulumoega District Hospital.

“He is in a very serious condition,” said the villager.

It was not possible to get a comment from the Police or the hospital yesterday.

The locally manufactured Olioli Wine is the subject of concern of the Salvation Army's Addiction Rehabilitation Programme saying it is too accessible and too many bad accounts from clients relating to the alcoholic beverage. 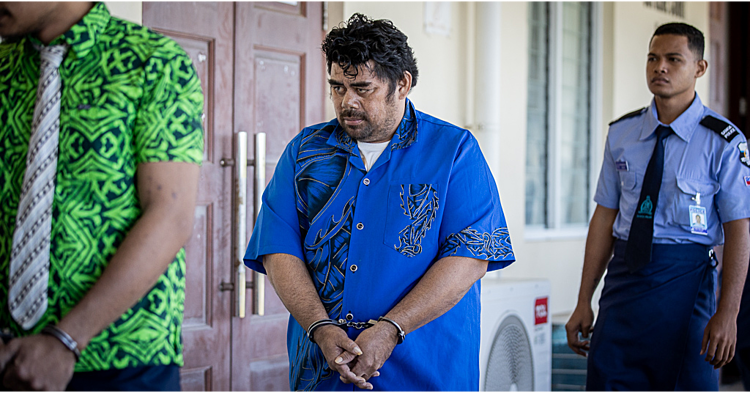 Police has finally complied with Court orders to bring several defendants before the jury who failed to appear in Court earlier this week for their trial.