Everyone has their own version of a great place to visit, for Evan Cole it would be Samoa.

Despite the big change in terms of the weather, it did not stop him and his wife, Jan Newby, from wanting to explore Samoa.

The couple arrived from Australia three days ago and they have already been to Savaii on their second day.

“For me, going to Savaii is the best part of our trip so far, we took the early morning ferry to the big island and we were able to see so many things such as the lava field that is at Saleaula and also the church,” he said.

Evan added they went swimming with the turtles, which was good and he also said the environment here in Samoa was great.

The Dear Tourist team found the couple enjoying the cool Piula Cave yesterday with their Chef John Tourist whom they contacted in Samoa.

Being in the heart of the Pacific for them has been a great experience, especially when his wife has been here 40 years ago.

“We came here for a holiday and for my wife to also see the changes that has taken place.

“The the friendliness of the people is one of my favorite parts, where they just say and ask where you are from which is good compared to Australia,” said Evan.

He said one thing he has thoroughly enjoyed during this trip is that there are not many big hotels that are located around the coastline.

“The only hotel that you would come across the coastline is the Sheraton that is near the airport.

“Unlike Australia, the Gold Coast they have got these enormous developments across the beach and I reckon it is great that you guys do not have that, it is really good.”

They will only be here for seven days before they leave and they are certain that they will visit again. 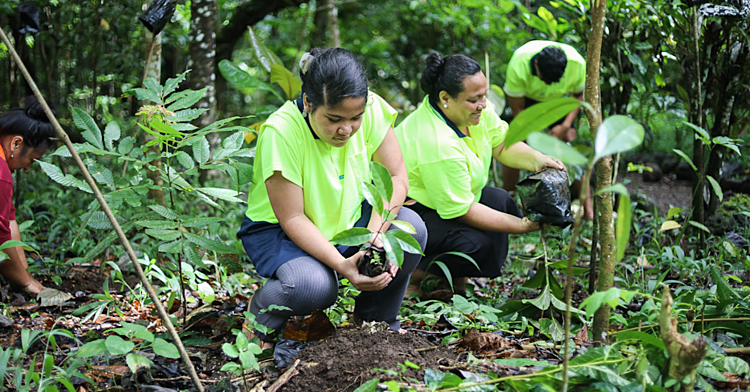