The Latest: US condemns terrorist attack in Jakarta

JAKARTA, Indonesia (AP) — The latest on explosions in downtown Jakarta (all times local):

The United States is condemning the terrorist attack in Jakarta "in the strongest terms."

Ned Price, a spokesman for President Barack Obama's National Security Council, says the U.S. will stand by Indonesia's government as it works to bring those responsible for the attack to justice and as it works to build a more secure future.

Price says that the nation's thoughts and prayers are with the families and friends of the victims.

Indonesians are visiting the site of Thursday's attack, leaving flowers and messages calling for prayers and national unity.

A large LCD screen on top of the building that houses the attacked Starbucks was broadcasting messages that said "#prayforjakarta" and "Indonesia Unite."

Some people left flowers near the traffic police post that was attacked along with a wreath that read "Deep condolences. We are not afraid."

One man held up a placard that said "After a dark night, there will be a bright sunlight in the morning, don't be afraid God is with us. #pray4jakarta #indonesiabrave"

The claim was shared on Twitter late Thursday. The U.S.-based SITE Intelligence Group said it also circulated among pro-Islamic State groups on the message app Telegram.

The message said four attackers carried out the assault in Jakarta and had planted several bombs with timers. It said they also wore suicide belts and carried light weaponry.

The statement could not be independently verified by The Associated Press, though it resembled previous claims made by the group, which controls territory in both Iraq and Syria.

Indonesian police said five — not four — attackers and two other people were killed in explosions and gunfire Thursday in downtown Jakarta.

The top diplomats of Saudi Arabia and the United States, who are meeting in London amid tensions between the kingdom and Iran, have condemned the Jakarta attack.

Saudi Foreign Minister Adel Al-Jubeir says the attack should "strengthen our resolve to work effectively together to combat the scourge of terrorism."

Speaking to reporters at the same hotel in London, U.S. Secretary of State John Kerry echoed him.

"These acts of terror are not going to intimidate nation-states from protecting their citizens and continuing to provide real opportunity, education, jobs, possibilities of a future," he said. "There is nothing in any act of terror that offers anything but death and destruction."

The chief of the U.N. Environment Program says a Dutch man who was seriously injured when attackers set off suicide bombs and exchanged gunfire outside a Starbucks cafe in Jakarta is "fighting for his life."

The UNEP said the man works for the organization in Jakarta and is a "renowned expert in forestry and ecosystems management" who is part of a U.N. team supporting the Indonesian government in tackling peat land fires. The man's identity has not been released.

The Dutch Foreign Ministry earlier said the man was in surgery. It had no update on his condition Thursday afternoon.

Five attackers and two other people were killed in explosions and gunfire Thursday in downtown Jakarta.

In the Philippines, the military went on "heightened alert" following the attacks in neighboring Indonesia, although it said no specific terrorist threats had been monitored.

The Philippine government condemned the attacks. "We stand by in solidarity with our Indonesian brothers and sisters in this time of tragedy," The Department of Foreign Affairs said.

Militants from at least four small Muslim groups in the country's south have pledged support to the Islamic State group, although the Philippine military says there is no evidence of direct contact or active collaboration.

Five attackers and two other people were killed in explosions and gunfire Thursday in downtown Jakarta.

The Aamaq news agency, which is affiliated with the Islamic State group, is quoting an unnamed source as saying the group carried out the attack in Jakarta.

The news agency has been used as a source for the IS militants in the past. However, according to SITE, which tracks militant websites, the Islamic Group has not yet issued a communique claiming responsibility for the attack.

The report in Arabic said that a source told Aamaq that "fighters from the Islamic State carried out this morning an armed attack that targeted foreigners and the security forces tasked with protecting them in the Indonesian capital, Jakarta."

Pakistani Prime Minister Nawaz has strongly condemned the attack in Indonesia's capital, Jakarta, and expressed grief and sorrow over the loss of lives.

In a statement, Sharif says the people and government of Pakistan "share the pain of Indonesian brethren at this critical moment".

He says terrorism is a common threat to Muslim countries and to fight it is their collective responsibility.

He says security has been increased at public places such as shopping malls and tourists spots, "while extra precautionary actions will be implemented in border areas to prevent possible infiltration by terrorist elements."

Malaysian authorities have detained more than 150 suspects linked to the Islamic State group over the past two years, including some who were allegedly plotting attacks in strategic areas of Kuala Lumpur. Last September, the U.S. Embassy warned of a potential terrorist threat at a popular hawker street and surrounding areas in the city.

Indonesia's national police spokesman says the people who attacked a busy shopping area in downtown Jakarta were copying the recent Paris attacks and were probably connected to the Islamic State group.

Gen. Anton Charliyan said: "They imitated the terror actions in Paris ... they are likely from the (Islamic State) group."

He said police had received information in late November about a warning from the Islamic State group that "there will be a concert" in Indonesia, meaning an attack.

Five of the attackers and two other people were killed Thursday near the Sarinah shopping mall.

The Netherlands' foreign minister says that a Dutch man has been seriously wounded in the Jakarta attack.

Foreign Minister Bert Koenders says the attack shows that "terrorism can hit everybody. Whether you are shopping in the heart of Paris, in a New York office or on vacation in Jakarta."

A ministry spokeswoman says that the Dutch citizen was undergoing surgery. She spoke on condition of anonymity in line with ministry policy.

The ministry did not release the man's identity.

Indonesian police say five assailants and two other people have been confimed dead in the attack, which came after several warnings in recent weeks by the police that Islamic militants were planning something big. It was unclear if other perpetrators remained at large.

Indonesian police say the bombing and gun attack in a busy shopping area of downtown Jakarta has ended with five assailants confirmed dead.

Jakarta police spokesman Col. Muhammad Iqbal says two other people have also been killed in the Thursday morning attack around the Sarinah shopping mall, the oldest in Jakarta on Thamarin Street.

He says: "We believe there are no more attackers around Sarinah. We have taken control."

He says two of the attackers have been were killed by police but did not say how the others died.

It's not clear if any more attackers are at large outside the Sarinah area.

Police had earlier said four attackers and three others were killed but later revised the numbers. Witnesses had also told The Associated Press that they saw five attackers.

Starbucks says one customer sustained injuries from an explosion in Jakarta and was treated on the scene while all employees are confirmed to be safe.

The company says in a statement initial reports suggest the explosion took place close to a store in the Skyline building near one of police posts in downtown Jakarta.

It says: "We are deeply saddened by the senseless acts that have taken place in Jakarta today; our hearts are with the people of Indonesia."

Starbucks says all stores in Jakarta will remain closed, out of an abundance of caution, until further notice.

Jakarta police spokesman Col. Muhammad Iqbal says seven people including four attackers have been killed in the brazen attacks in the downtown capital.

He says police have recovered the bodies of the attackers, but it is not clear if more remain at large.

A witness told The Associated Press that the explosions occurred inside a Starbucks cafe.

Indonesian President Joko "Jokowi" Widodo says in a statement on national TV the situation is under control and is calling on people to remain calm.

Jokowi says: "The state, nation and people should not be afraid of, and lose to, such terror acts."

He spoke after suspected Islamic militants detonated bombs and opened fire at police in downtown Jakarta, killing at least one policeman. An Associated Press photographer saw three more bodies lying in a sidewalk.

An Associated Press reporter has heard an explosion from a cafe near the Starbucks that was attacked earlier. The explosion occurred after about 25 anti-terror squad police stormed the cafe.

There is no word on what happened to them, but after the explosion several other police and medical personnel in white overalls were seen running to the cafe.

Two ambulances also drove to the area, and were standing by.

Indonesian President Joko "Jokowi" Widodo, who is on a working visit in the West Java town of Cirebon, has ordered security forces to hunt down the perpetrators and their network behind the attacks in Jakarta.

Jokowi says: "I have received reports some time ago about the explosion in Thamrin street, Jakarta. We express condolences for those who became victims, but we all also condemn the attack that caused restlessness among the community."

He says he has ordered the national police chief and the minister for political and security affairs to hunt down and capture the perpetrators and those in their networks.

Jokowi says he was cutting short his visit and retuning to the capital.

It says the explosions occurred Thursday in Cikni, Silpi and Kuningan neighborhoods, near the Turkish and Pakistani embassies.

It did not say if there were any casualties in the blasts that occurred after three explosions took place in downtown Jakarta earlier.

A U.N. regional representative in Jakarta, Jeremy Douglas, is tweeting that a massive explosion in front of the U.N. office in the Indonesian capital has been followed by at six other blasts and gunfire.

He says police and broadcasting announcements for people to stay away from windows.

The midmorning explosion Thursday took place in front of the Sarinah shopping mall in an area that also has many luxury hotels, embassies and offices. 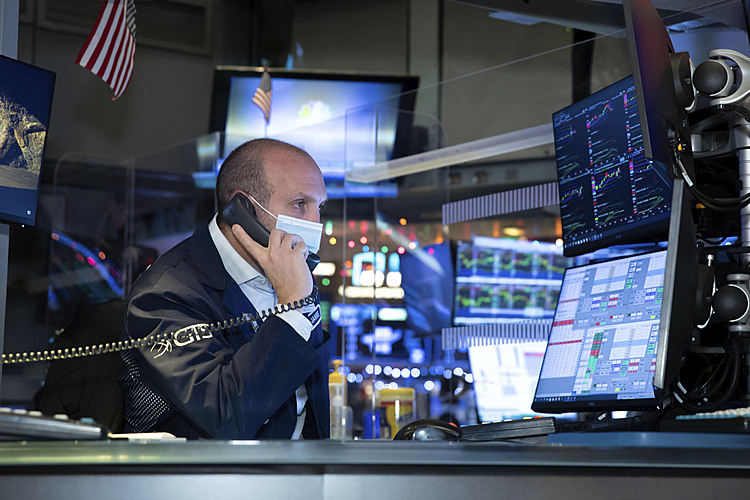