Samoa coach Martin Tamasese said the final victory will hopefully buoy the team as they now prepare to make the step up to meet their Group B opponents in Solomon Islands; New Caledonia, Tahiti and Fiji.

“It’s not done for us, we have to now prepare for the next stage,” Tamasese said.

“But coming into this game we wanted to continue with our counter-attacking and putting pressure on the defence.

“We were trying to achieve a request for ten goals, but nine goals is more than enough for us.”

Tamasese’s charges didn’t have to wait long to get their first goal with Falaniko Nanumea stepping up and slotting past Viliami Lui in the eighth minute.

Playing a high line and putting pressure on Tonga’s backline played in Samoa’s favour as they rung in seven first half goals with Fetuao Belcher, Kawasaki Saofaiga, Jarvis Filimalae all finding the back if the net once.

But it was the Nanumea show as the speedy striker added a further three first half goals to his own personal tally, as well as adding a fifth and final in the second half.

Captain Lotial Mano also found the back of the net in the second half with a powerful long range effort rattling the net.

Tonga coach Lafaele Moale was proud of his side’s ability to come back strong in the second half despite an unfortunate first 45 minutes in which they conceded the majority of their goals.

“I think the boys were off today in the first half. In the second half they stuck to our game plan and that’s why they hardly scored,” Moale said.

“I’m really proud of the boys, they’re still young and I think in two years’ time we will see the outcome of this young squad.”

In the day’s opening match it was every bit the tight encounter fans were expecting when Cook Islands took on American Samoa.

Both sides fell at the feet of Samoa and were held to draws by Tonga so their final match of the competition was an opportunity for them to chase a first victory.

After lifting for their second encounter Cook Islands once again looked impressive today with greater organisation at the back and strong passing. The team looked like they might be capable of opening the scoring at certain moments throughout the first 30 minutes.

However it was American Samoa who had that honour today.

A foul in the penalty area led to referee Ben Aukwai of Solomon Islands pointing to the spot, in what wouldn’t be for the first time today, and American Samoa captain Gabriel Taumua stepped up to slot past Siana Short for the opener in the 31st minute.

Cook Islands didn’t have to wait long after the restart as Aukwai once again pointed to the spot, this time it was Toru Mateariki securing the first goal of the tournament for Cook Islands.

Less than 20 minutes later and for a third time a penalty was awarded, a second for American Samoa, with Peter Lauvao taking the honour ahead of his skipper on this occasion and making no mistake from the spot.

The third and final goal was finished by one of the smallest players on the park as substitute Xavior Leatualevao smashed past a helpless Short to help his side finish on a high.

American Samoa captain Gabriel Taumua said the final game was a tough one, but said the boys dug in to put in a strong final performance.

“This was our last game and we hadn’t won a game. Our coach mentioned we have people back home on the island following the games and he told us to give it our best and do it for the family back home,” Taumua said.

“Our sub, he’s the little one on the team so we’re pretty proud of him for scoring that last goal. We start strong and we finish strong.”

Despite another performance worthy of more than a 3-1 loss, Cook Islands coach Anthony Samuela would be taking his side home without a win.

However he said over the course of the competition he had some positives to take home.

“The first ten minutes of the game we were in there, but we just didn’t put it in the net again,” he said.

“Really we need to go home and keep training for the future, but we were strong in defence which is a positive. The boys really worked hard too.

“They keep fighting until the last whistle and that’s good to see from the boys.”

Samoa will progress to the OFC U-16 Championship to be held from 9-22 September in Solomon Islands where they will join Fiji, New Caledonia and Tahiti in Group B. 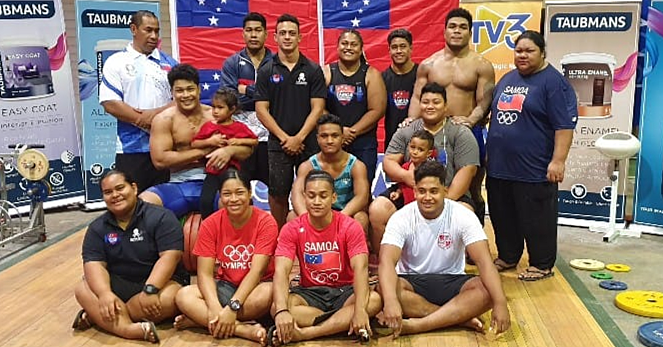