Some employees working in the six-storey Tui Atua Tupua Tamasese Efi (T.A.T.T.E.) building in Sogi say their workplace is "falling apart" but the building's manager, Lauano Fa'aso'o, maintains there is nothing wrong.

Lauano told the Samoa Observer on Monday there is nothing wrong with the building and, contrary to reports from some workers on the site who had spoken to the Samoa Observer, its generators were in working order.

He declined an interview with the Samoa Observer saying he was in a meeting with the Electric Power Corporation (E.P.C.) discussing generators.

His comments about the building are contrary to the claims made by several employees who work in different parts of T.A.T.T.E. 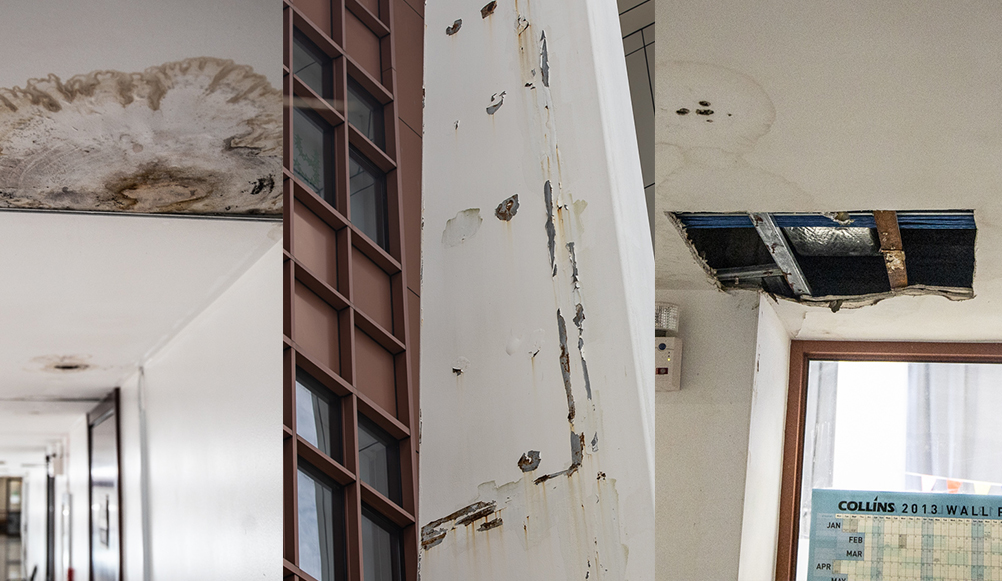 Following the brief conversation with Lauano, the Samoa Observer visited each floor, the first, second, third, fourth, fifth and sixth floor in the east wing to inspect the state of the building first hand.

The Observer's tour of T.A.T.T.E. on Monday followed complaints from workers who contacted this newspaper to allege the building was in a state of disrepair and unsafe Government workers.

The Samoa Observer further surveyed employees on the building site on Monday, seeking their opinion on the state of the facilities.

A Government employee who did not wish to identify herself because she is not authorised to speak to the media said the building is falling apart.

The generators do not work, the employee added.

One male who has worked at T.A.T.T.E. for seven years said: "There is a lot that needs to be fixed.

"The bathrooms," for one, he added.

Another man who works in a government office at T.A.T.T.E. reported leaks in the ceiling on the third floor. It appears that a sequence of holes have been caused by moisture or water damage on the third floor ceiling in the bathroom area of the east wing.

Several elevators were also missing buttons and on each floor.