The Police Commissioner, Fuiavaili’ili Egon Keil, is standing by their decision to give the village of Luatuanu’u two options yesterday, after Police officers were attacked out there.

The first option was for the village to hand in the men responsible for the attack. The second one was that the Police would return to the village armed.

“Our first option is the soft approach to ensure that the situation is under control and that no one gets injured,” Fuiava told the Samoa Observer.

“I want to thank the Village Council for their continued support. I have faith in the matai system, given that if it were not for them, this would have escalated into a much worse situation.”

Fuiava said that while there are other options available for the Police, he did not want to entertain them.

“The main thing is we don’t want to use violence, that is the last resort and we’re trying to keep it as peaceful as possible,” he said.

“We are now giving the Village the opportunity to resolve their issues with the aumaga and to bring forth the culprits behind the incident.

“We don’t want to overreact in case someone gets injured whether it is the cops or the civilians, but we’re trying to use the Samoan system to resolve this matter.”

At Luatuanu’u, the roadblock by the untitled men was brought under control within two hours. This was after more than 60 Police Officers arrived at the village, dismantled the blockage and allowed traffic to flow.

Around 5am on Monday, rocks were lined up at the far end of Luatuanu’u village. The incident started because of a rugby game over the weekend between Luatuanu’u and Falefa. It is alleged that the Luatuanu’u Under 20s team were beaten and seven players were hospitalised.

Yesterday, the Police came under attack at Luatuanu’u by the village’s untitled men while they were dismantling the roadblock.

When the Police reacted, the attackers took off on foot into the mountains.

The Village Council then had a meeting while the aumaga were singing out loud from the mountains. The Samoa Observer visited the mountains where the singing was coming from and saw more than 40 members of the aumaga who had their faces covered.

They refused to attend the meeting.

Aumaga member, Patelesio pleaded with the Aumaga to heed the advice of the Village Council and to stop throwing rocks.

At the meeting, Commissioner Fuiavailiili told the Village chiefs their options.

His comments did not sit well with the Village Council. Autu Lolesio Tauili’ili told the Samoa Observer this is not how things are done in Samoa.

“He (Commissioner) said this was the first option, the second time they come around, they will be armed. I responded to the Commissioner that this is not the way of life of Samoans, we don’t turn to weapons,” he said.

“I reminded him that problems are settled by consultations. The Samoan way of life is conversing and discussing the issues at hand.

“I was shocked.  The police are our protectors and they should be protecting us.

“It is understandable that the Commissioner is a law enforcer but at the same time he is also a Chief. So chiefs discuss issues and not turn to violence.

Yesterday, the Falefa Village Council, led by the Village Mayor Fanualelei Purcell, were seen at the Police Station.

Fanualelei told the Samoa Observer that they are more focused on the positive results, given the road has re-opened.

“We forgive and forget,” he said.

“We will work as Chiefs to assure that this is not repeated.”

Fanualelei confirmed they would be heading over to Luatuanu’u today. 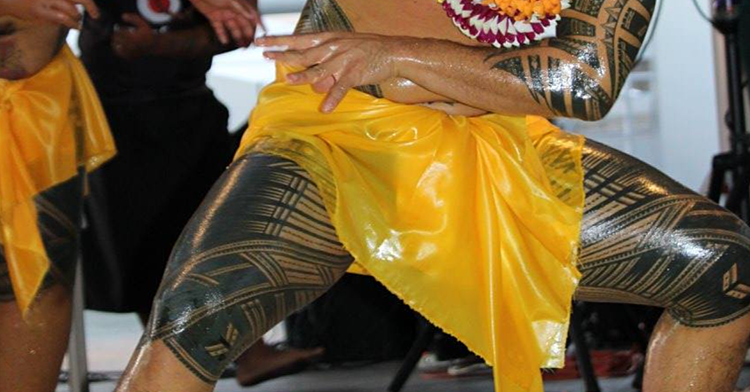 The project linking Samoa’s schools and hospitals to the fibre-optic cable network is nearly six years old and needs improvements to keep up with internet demand, Minister of Communications and Information Technology Afamasaga Rico Tupai has said.