A total of 86 people were arrested during a police crackdown over the Christmas to New Year period mostly in incidents involving alcohol, authorities have confirmed.

The Acting Police, Prisons and Corrections Services Commissioner, Papalii Monalisa Tiai-Keti confirmed the results of the service’s festive crackdown in response to questions from the Samoa Observer. 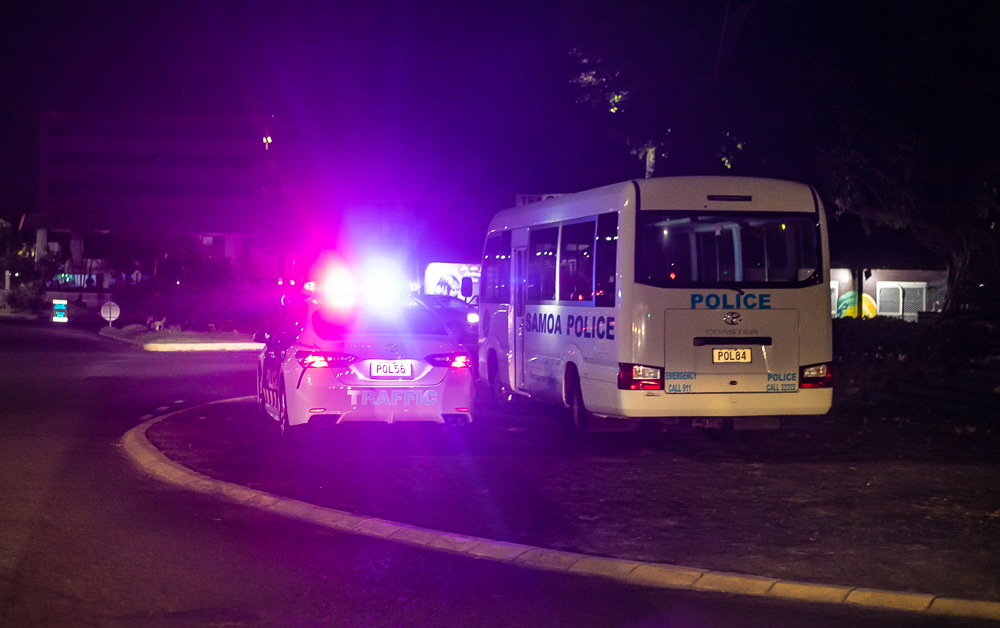 Over the Christmas period - from 25 to 31 December last year - a total of 56 arrests were made; across the New Year’s period - from 1 to 4 January this year - another 30 people were taken in by police.

Papalii nominated assault and drunkenness as among the crimes for which police were called out.

She also said those caught driving under the influence of alcohol were also taken in by police, making for a total of 47 alcohol related arrests during the festive season period.

Police received a total of 768 calls during the festive season operation.

The total number of ongoing police activities - a figure which includes mobiles patrols, foot patrols, road block and others - was equivalent to another 770 calls, bringing overall individual police operations 1,538.

Among the incidents requiring police and medical attention between Christmas Day and 4 January were three deaths reported to police, two of which were not reported to be suspicious.

One occurred in Upolu on 28 December 2021 and another in Savaii on New Year's Eve.

The third death was an eight month old baby suspected to have died of electrocution, whose death was reported to police on New Year's Day.

Last week, the Deputy Police, Prisons and Corrections Services Commissioner, Auapaau Logoitino Filipo, told the Samoa Observer that a tragic accident is believed to have claimed the life of the infant.

Auapaau also confirmed no one was arrested because police are currently conducting investigations and have not concluded yet.

He said the child is from Samusu, Aleipata and was electrocuted and died on 1 January, 2022.

According to preliminary findings from Police investigations, he revealed that during the time of the incident, the child, who was with other children, is suspected to have touched a live wire.

Despite the new year tragedy, he described this festive season as quite peaceful overall compared to other years.

A total of six deaths were recorded and more than 100 people were arrested during the Police’s festive season operations from the 2020 Christmas towards 2021 New Year.

The Police’s Festive Season Operation one year ago ran from 23 December 2020 through to 3 January, 2021 with Police making a total 128 arrests over that period.