A former Finance Secretary to the Samoa Government in the country's formative years as well as a regional businessman passed away in New Zealand in December.

Alistair Leighton Hutchison, 83, died in his Auckland home on 22 December 2021 according to members of his immediate family.

He was married for 59 years to the late Papa’ali’itele Tagaloa Kuinimere Maiai Hutchison and has three children Aimiti, Alan and Semisi. All his three children were born in Samoa and he was also grandfather to Alistair Moli, Aurelia, Vaetamasoaalii, Noah, Roman, Ranger, Navarre and Joe.

The late Mr Hutchison was the Chairman of the Federal Pacific Group – which offers a range of financial services under one roof including insurance, financial and money transfer services – at the time of his passing.

Known to Samoans as Alisa, the Mr Hutchison was born on the 21st of June 1938 and had dual N.Z. and Samoan citizenship. 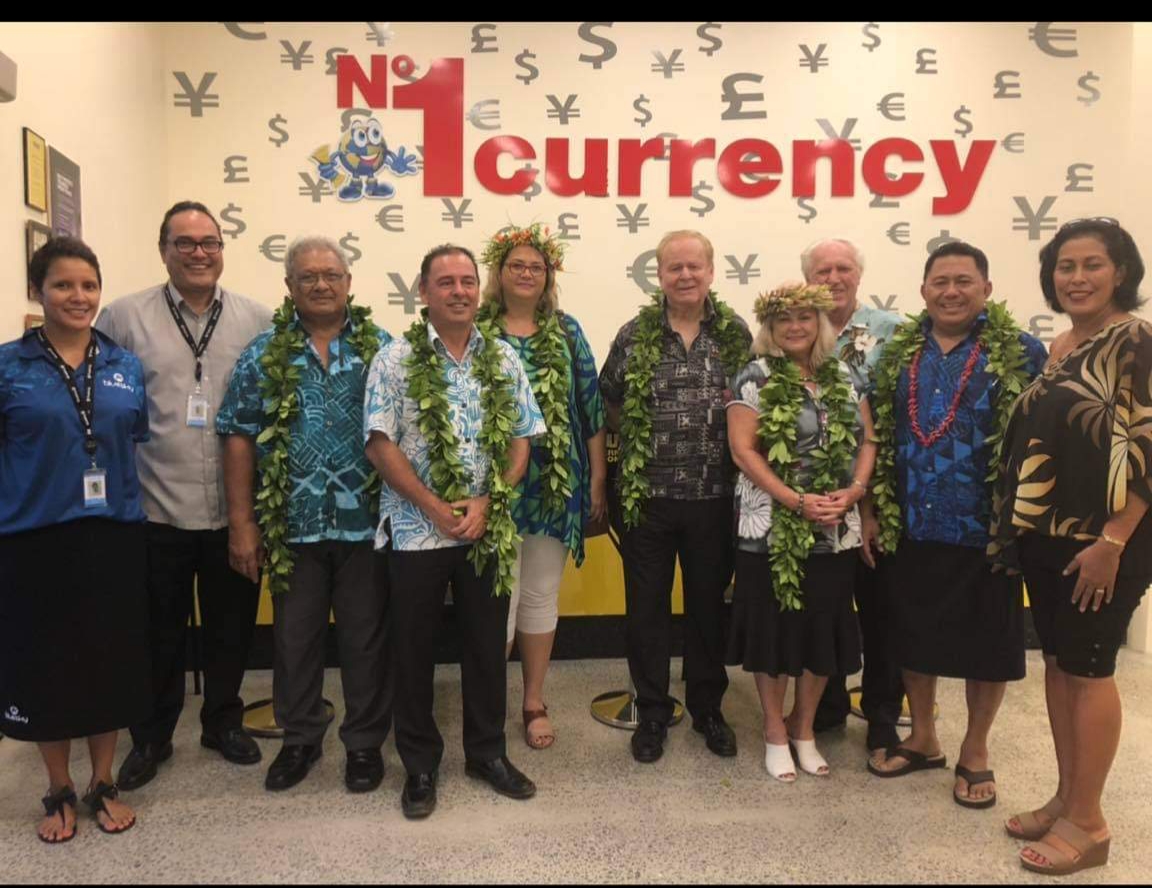 In an interview with the Samoa Observer, Papa'ali'itele Aleni Hutchison said his father was a humble hard-working man and a strong supporter of Samoa.

“He was very proud of Samoa and enjoyed seeing it develop into a leading stable Pacific island economy,” said Papa'ali'itele.

“He was always an optimist and tried to look for positive sides of any occasion, so much so we called him ‘Peter Pan’.

Papa’ali’itele added that he respected his father as a business partner and a friend.

In words of farewell, his son said: “Second star to the right and straight on till morning Peter Pan, Alofa’aga e le mavae (with never ending love).”

The daughter-in-law and Papa’ali’itele’s wife, Momoe Malietoa Hutchison, described her father-in-law as a compassionate man. 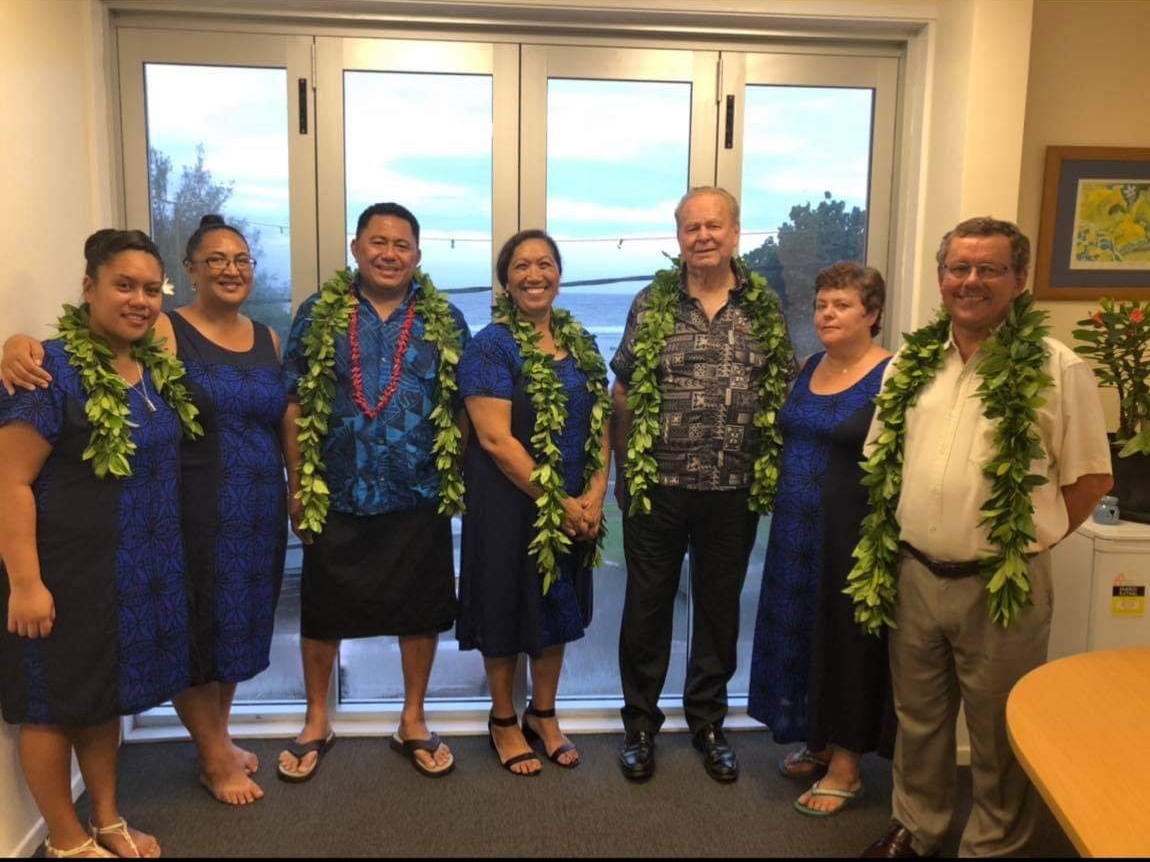 “He was a very private man but had a special quality about him that was compassionate, charming and motivational to all those who came to know him as Alisa,” she told this newspaper.

“Staff, family and friends, you couldn't help but like this quietly spoken but very intelligent man.

“We – the family and family of the staff – will miss him deeply.”

For the Federal Pacific Insurance (Samoa) General Manager, Namulauulu Papalii Sami Leota, Mr Hutchison was an exemplary leader whom he credited as his mentor which led to his success in both business and his personal life.

“Because of his business etiquettes, his mannerisms, I picked up a lot. I am a much better person in terms of dealing with business and in my own personal walk of life because of Alistair,” he said.

Namulauulu said Mr Hutchison was so modest in his generosity that he did not want most of his charitable work to be mentioned while he was alive.

He said one such charitable initiative included an ongoing scheme which the Federal Pacific Insurance had developed, where they would spend about $20,000 per year to assist students or families.

This funding specifically targeted students who needed help to pay their fees as well as families who needed financial assistance, though their applications had to be screened thoroughly, and if successful funding was paid directly to the service provider.

Another recipient of Mr Hutchison’s generosity was the Samoan rugby sevens star Mikaele Pesamino, whom the businessman met during a visit to the Return to Paradise Resort and Spa.

According to Namulauulu, Pesamino needed to undergo a medical operation so the late businessman paid for it in New Zealand as well as his travel and medical costs, while also taking care of his wife and children.

Namulauulu, a former Samoan politician who is also the current Lakapi Samoa President, said Mr Hutchison’s assistance to the former rugby sevens player was never mentioned before but he had to do it in order to show the soft spot the businessman had for Samoa and its people. 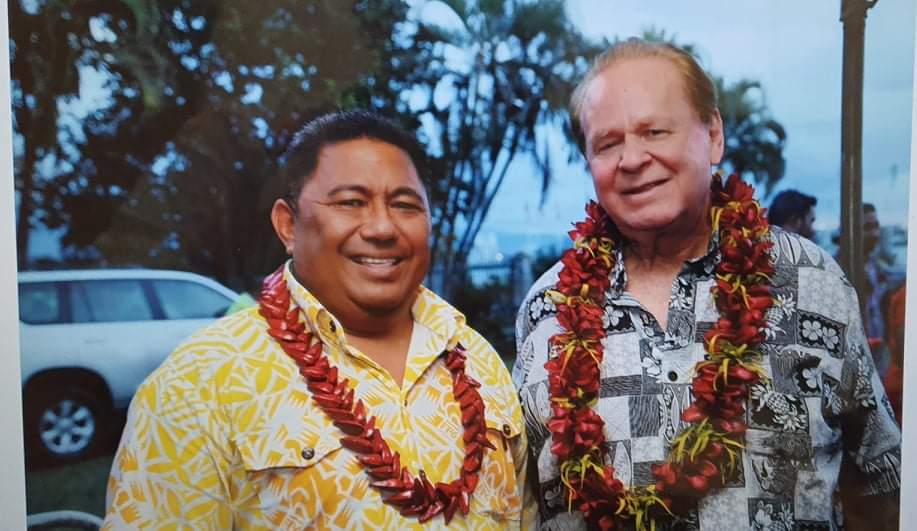 Looking ahead, in terms of the future of the Federal Pacific Group, Namulauulu said the late Chairman’s son will carry on his father’s legacy.

“Alisa’s son Papa’ali’itele Alan will step up and take his position at the helm of the business,  and continue his father’s legacy,” he said. “We will be there to help him.”

Hutchinson held a Bachelor of Commerce (accounting), a Postgraduate Masters in Commerce (with Honors) and Economics from the Victoria University Wellington, New Zealand. He also completed professional examinations for the New Zealand Society of Accountants and was an accounting and finance lecturer at Victoria University Wellington. He was also President of Samoa Society of Accountants from 1967–1973 and also taught evening classes at Malifa during that period.

Excerpts of his work for the Samoa Government, which his family extracted from his curriculum vitae and passed on to this newspaper, confirmed the critical roles he played managing the country’s finances.

“This position (Finance Secretary to the Samoa Government) involved responsibility to the Minister of Finance, Prime Minister and Cabinet for Western Samoa’s internal and external monetary policies including the budget of the Government of Western Samoa,” his CV reads.

“Over this period I was involved in international negotiations for major credit arrangements, development loans, grants and joint ventures for the Government of Western Samoa.

“With my roles in I.M.F / World Bank and A.D.B. I had been tasked to obtain L.D.C / special rates for Western Samoa.”

The late businessman also sat on numerous Government entity boards in the formative years of Samoa following independence in the early 1960s.

A funeral service for the late businessman was held last Friday 31 December at the Purewa Cemetery, Meadowbank, Auckland.

In a funeral notice sent to the Samoa Observer by the family, they wrote: “Alistair is now with his Kuinimere and both will be returned to their final resting place in their beloved Samoa.”