Samoa
One of the students of the Fun Music Community Center (Photo: Lagi Keresoma)

The Fun Music Community Center hosted its end of year concert recently which showcased the talents of young musicians in a fitting finale to close the school year.

The concert was held at the Tanoa Tusitala Hotel last Tuesday with 24 students from the center performing in front of about 100 people. Guests included the New Zealand High Commissioner to Samoa, Dr. Trevor Matheson.

In a telephone interview with the Samoa Observer, the Fun Music Community Center Coordinator, Faaolo Utumapu said that the concert was a chance for her students to showcase what they learnt throughout the year.

She said this year they worked to build the students' music skills as well as their public confidence to be able to perform.

"The main thing is appreciating the love of music and also the discipline because music learning involves a lot of discipline," Mrs Utumapu said.

"They have to practice their lessons so that's what we're trying to build."

The concert last Tuesday marked the third time the center has hosted one since the inaugural event in November 2019 when only three students had enrolled at the center. But the student numbers at the center has grown and this year a total of 37 pupils had registered.

"I was quite impressed with how it went, especially the little children," Mrs Utumapu said.

She commended the students for the effort and added that the "center is teaching me more than I am teaching them."

According to Mrs Utumapu, the students are different in terms of their learning abilities and she is mindful of their attention span, when teaching.

"Some students learn the piano because their parents want it or they see other students and then when they come here they find themselves enjoying it," she said.

"It will no longer be the dream of the parents but it will be something that they will be happy about." 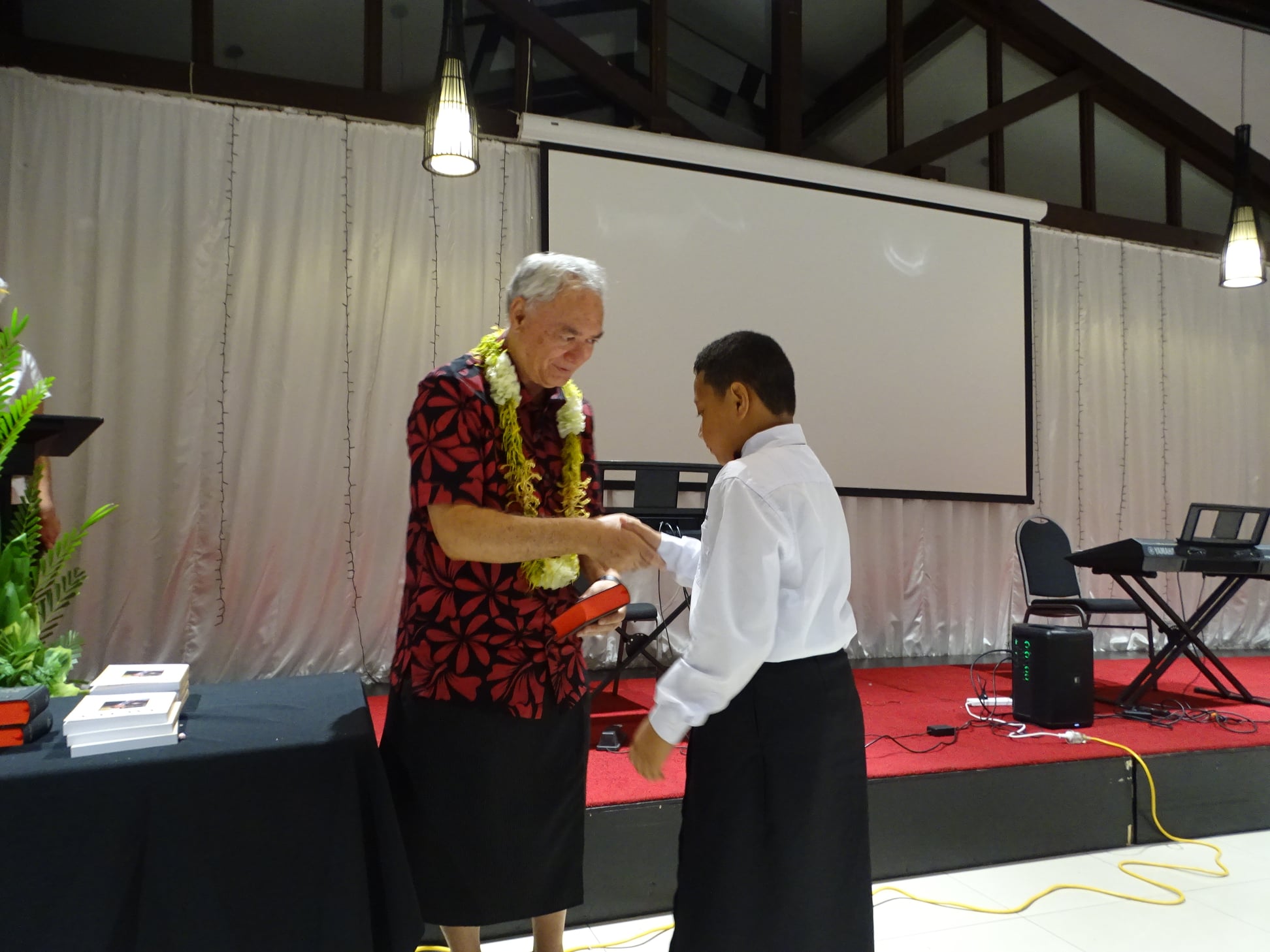 Mrs Utumapu said one of the highlights this year is receiving a $15,000 grant from the New Zealand High Commission to support their work.

With the grant, they were able to purchase a software and a laptop that could translate music into braille which also enabled her to write musical notes.

"We used resources that we had but it was not enough so we needed this software but it was expensive so we applied at the New Zealand High Commission then we received this funding and got the software and the laptop from the American Company Dancing Dots," she said.

Mrs. Utumapu said her prayers were answered when they received the funding support from NZAID.

The rest of the funding was used for the training of people with disabilities during the International Week for Persons with Disabilities and a portion also also used to support the concert.

The Misa Telefoni Awards were also given to the students on the night of the concert with the prices donated by the former deputy prime minister of Samoa Misa Telefoni Retzlaff. The prize included Bibles and the book Tautua which was written by the former Samoan politician.