The Samoa International Game Fishing Association (S.I.G.F.A.) hosted its "Fish to the Max Big Fish Bash" tournament on Monday with the crew of the Fu'a II coming out with top honours.

Various boats set out on Monday to kick off the fishing tournament and were back at the S.I.G.F.A. Clubhouse by 6pm to weigh their catch. 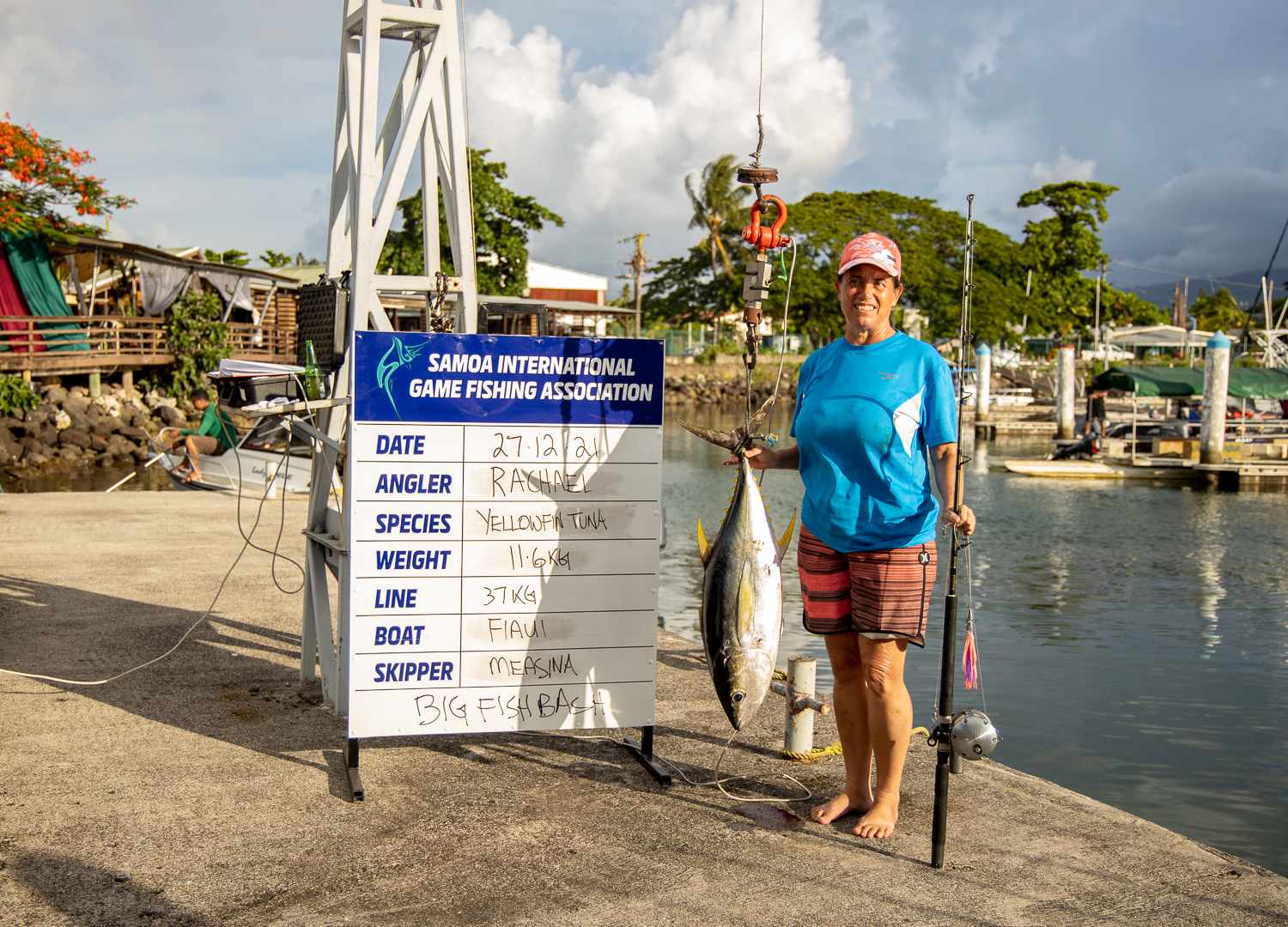 Prizes at the tournament were given out to the fishing crew who scored 5th to 1st placing while additional prizes were given for the Biggest Fish, Champion Open Angler, Champion Junior Angler and Tag and Release Billfish.

The crew of the Fu'a II took first place and walked away with $800 prize money. The victorious crew is made up of the skipper Vaughan Simpson and his sons Leaon Simpson and Ryan Simpson. 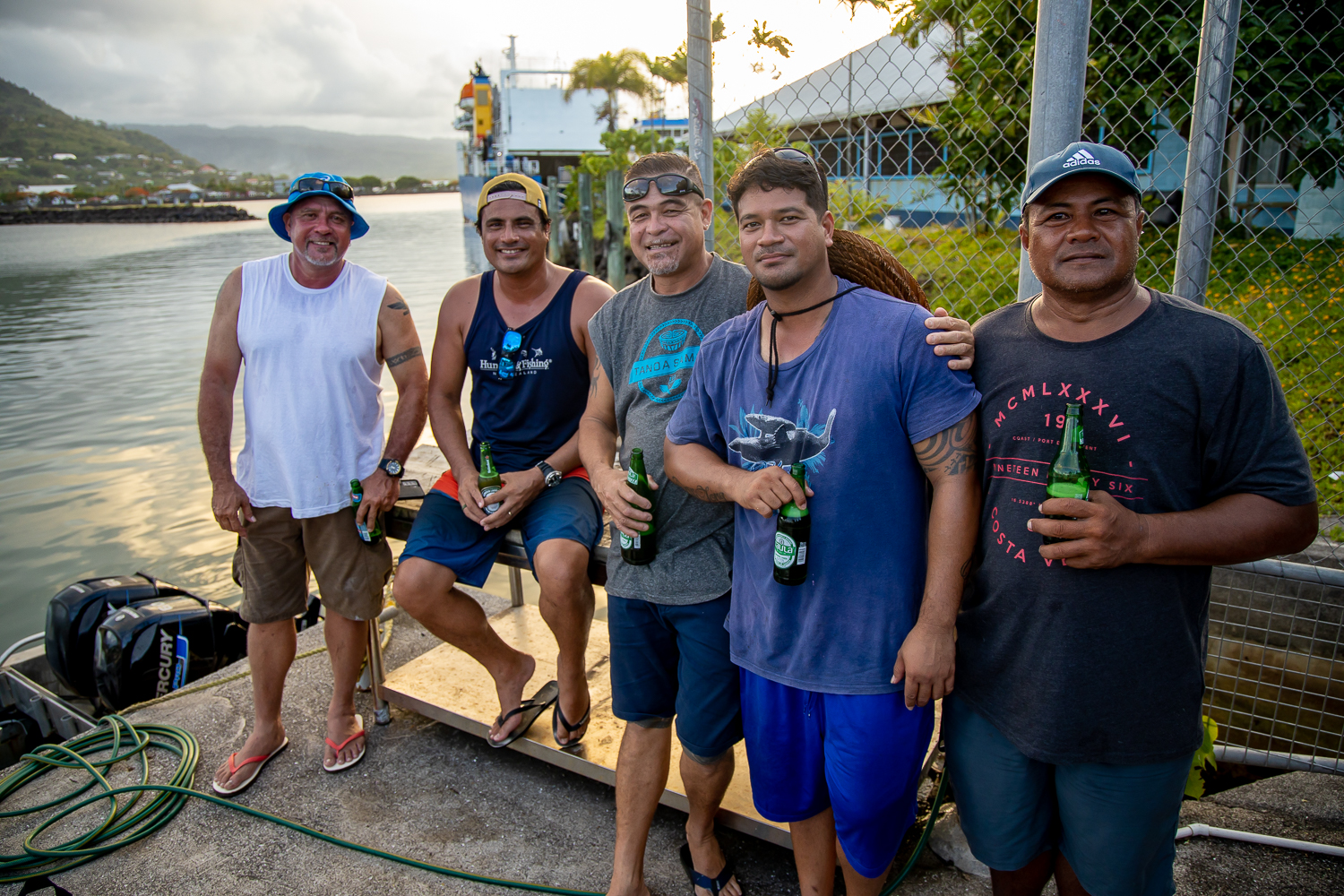 The team also scooped the Tag and Release Billfish prize while Ryan netted the Champion Open Angler prize after hauling in a 60.6kg yellowfin tuna, just after coming out of quarantine after flying into Samoa to spend Christmas with family.

In an interview with the Samoa Observer on Monday, the skipper of the Fu'a II, Mr Simpson said he was happy with their achievements. 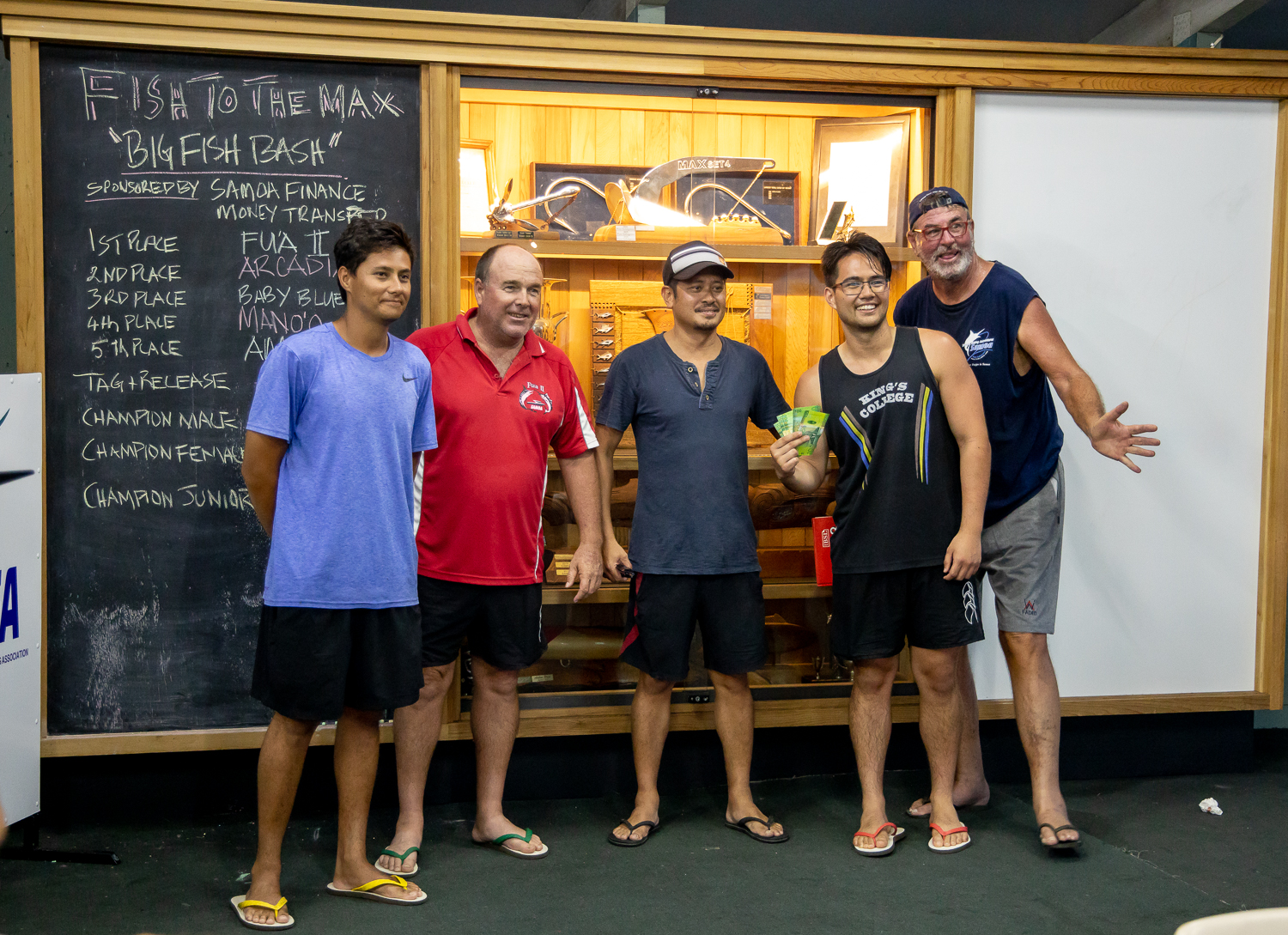 He said that it was an excellent tournament for the children and for the community which was organised by S.I.G.F.A.

"The weather [has been] fantastic, the fishing has been good and its good environment for families and people to come down to S.I.G.F.A. to join in the festivities," he said. 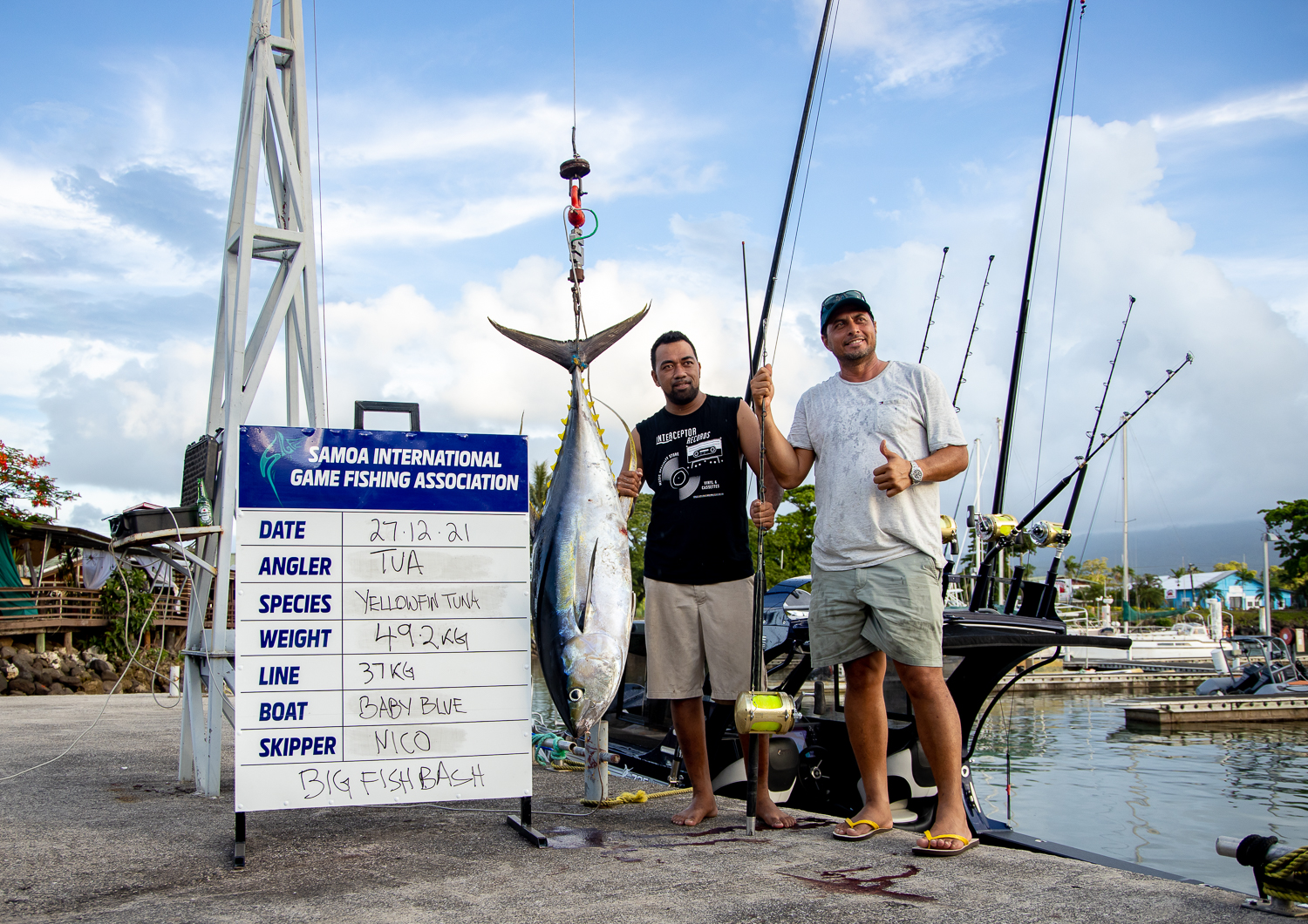 "It's a nice safe environment for everybody."

Mr. Simpson said that they have a tag and release policy where they release a lot of billfish, adding there is quite a lot of yellowfin in the ocean. 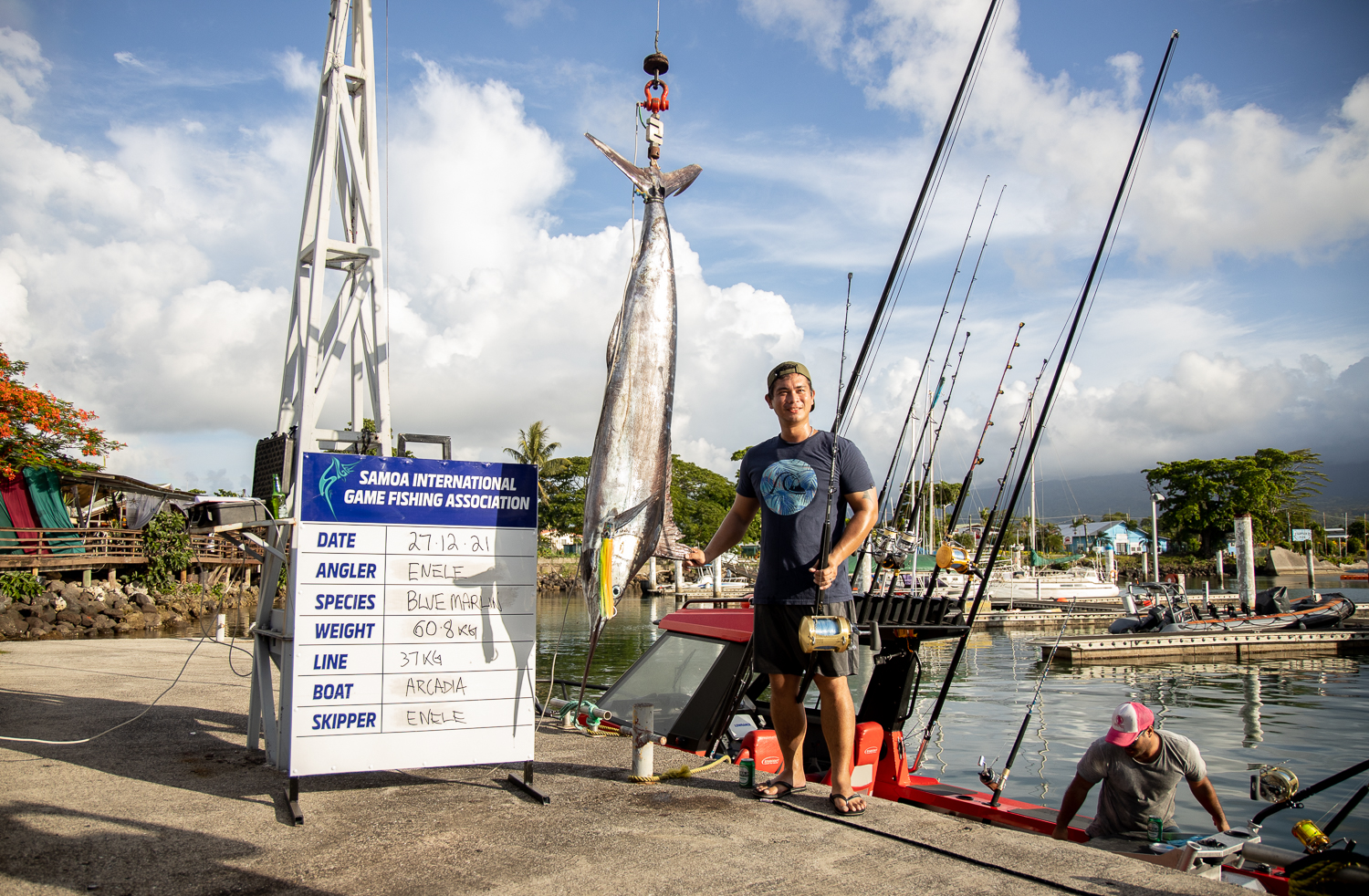 Looking at the tournament and sport of game fishing, he said it is hard work and the participant has to be strong and fit

Mr. Simpson is also looking forward to the next tournament in the future. The tournament on Monday was sponsored by Samoa Finance Money Transfer.