The day before Christmas, children at the Tupua Tamasese Meaole Hospital were treated to an unexpected visit from Santa Claus.

The visit is an annual tradition and made by members of the Faith Angels Foundation. The non-profit group was originally formed in 2019 to give those who wanted to donate to measles-affected families in hospitals by delivering donations directly to these families.

It is the hope of bringing joy to the hearts of all the sick children admitted at the paediatric ward that led to the visit by a group of representatives from the Foundation. 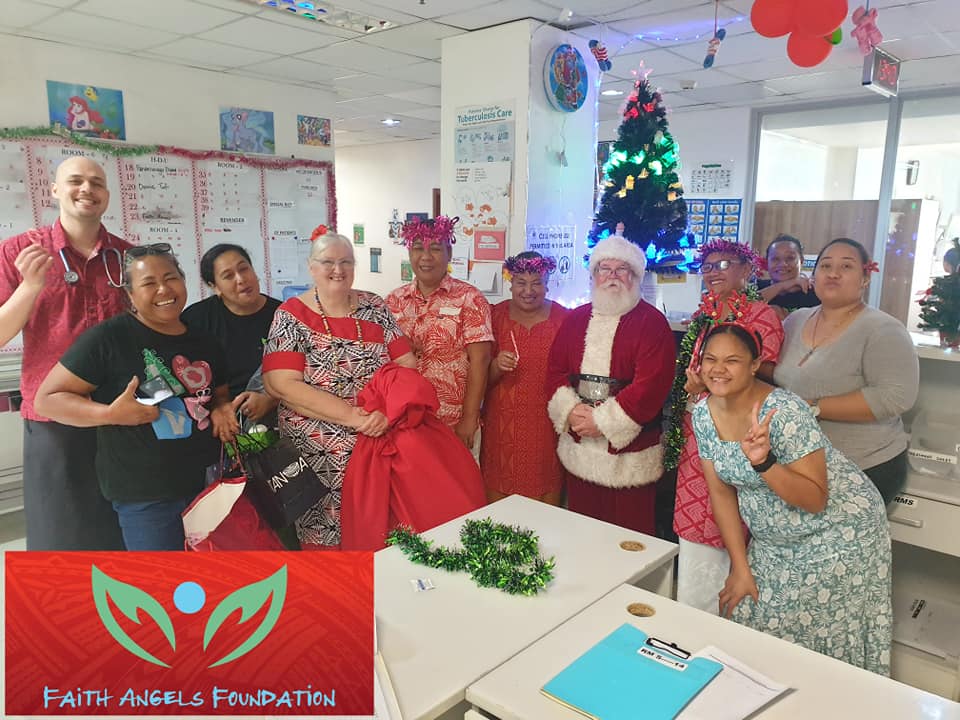 Also part of the visit were American missionaries, Jim and Mindy Wiese.

Mr. Wiese was dressed up as Santa Claus and delivered the gifts to the children.

In an interview with the Samoa Observer, the President of Faith Angels Foundation, Clara Ah Kuoi said that they were so blessed to see the children and their faces when they saw Santa. 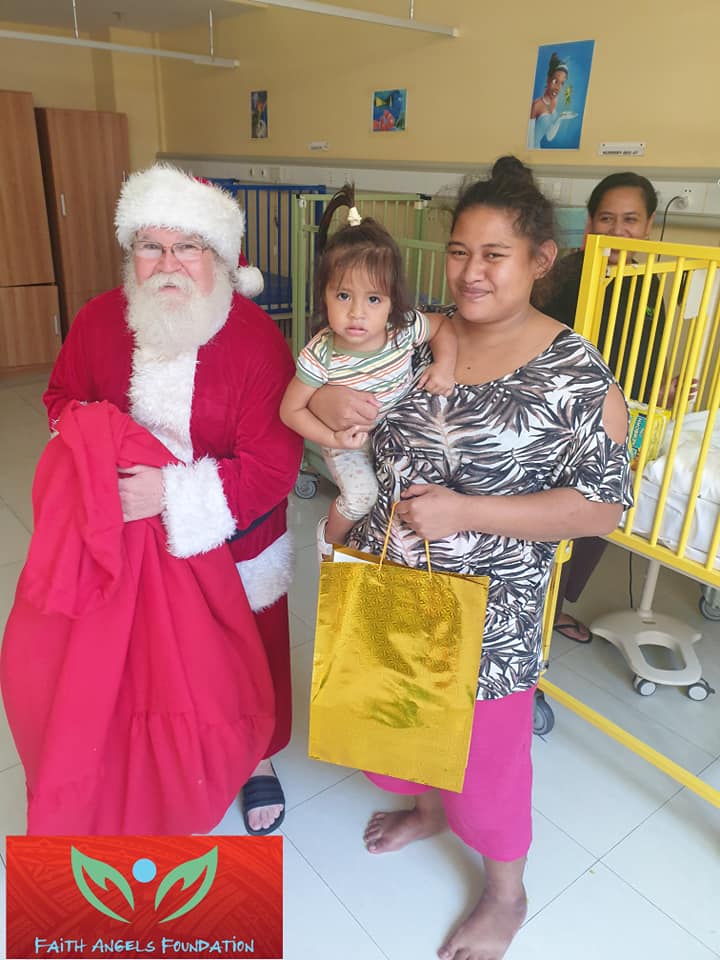 She said they distributed gift bags at the hospital which contained toys, books, Barbie dolls, balls and balloons for the children.

“We also prayed for the families and the children," she said.

“American missionary Jim Wiese played Santa Claus and it also brought smiles on the faces of many unwell children.

“We had four volunteers along with Jim and his wife to help distribute the gifts.

“Our foundation visits and helps families at the hospital twice a month but it also depends on the availability of our volunteers but we also do house visits where we donate food supplies and also pray for these families.

“Blessings are not meant to be kept; it’s all about giving because if you give love you will also reap with love.

“I admit it is always sad to see children being sick but this is also our way of uplifting their spirits.

“The hospital has had many visitors and helpers which we almost decided to skip this Christmas eve donation but we also use this opportunity to pray for them and that is important.

“To all our families, friends, partners, and volunteers, thank you for your support, prayers and donations, we were able to put together another successful visit.”

She acknowledged having missionaries Jim and Mindy Wiese join them because it is always a blessing.

“Thank you so much guys, a Santa with presents is one thing, but a praying Santa is the best. Thank you to the sisters Olo, Soloi, and Kolisi for always volunteering.

“Therefore the Lord himself will give you a sign; the virgin will conceive, have a son, and name him, Immanuel Isaiah 7:14.

“To all our donors, may the Lord continue to bless each and everyone, from businesses to organisations to individuals, thank you for your helping hand.”