The operations of the U.S Embassy in Samoa will not be affected by the U.S. Federal Government shutdown, which is now into its 25th day.

The shutdown — which began December 22 last year after Democrats refused to support the funding of a new wall between the U.S. and Mexico — is now the longest federal closure in American history.

The U.S. Embassy in Samoa took to social media recently to advise that due to the lapse in appropriations, their Facebook page will not be updated regularly.

“At this time, scheduled passport and visas services in the United States and at U.S. embassies and consulates overseas will continue during the lapse in appropriations, as the situation permits.

“We will not update this account until full operations resume, with the exception of urgent safety and security information,” the Embassy stated.

Members of the public have been asked to visit the U.S. State Department website if they need more information.

The deadlock between the Democrats and the Trump Administration continues, though there are reports President Donald Trump is considering an emergency declaration and will call on Congress to fund the wall from existing sources of federal revenue. 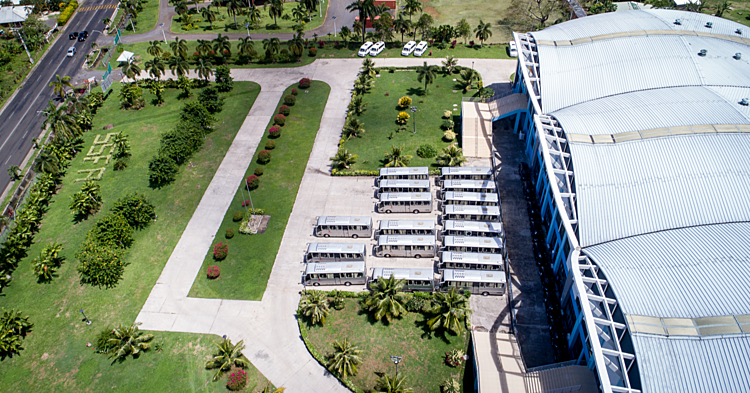 After delays of several months, Cabinet approved for the Ministry of Finance to begin distributing and then selling assets donated to Samoa for the Pacific Games hosted in July 2019.