A father-of-four from Samusu has many reasons to smile and be thankful about during this coming White Sunday celebrations.

Solomona Tautunu was one of 20 winners in the ‘Samoa Market White Sunday’ promotion courtesy of the Ah Liki Wholesale and Samoa Market.

Twenty winners shared in $10,000 worth of prizes with each person claiming $500 while some won various prizes of food vouchers and drinks during the ceremony. 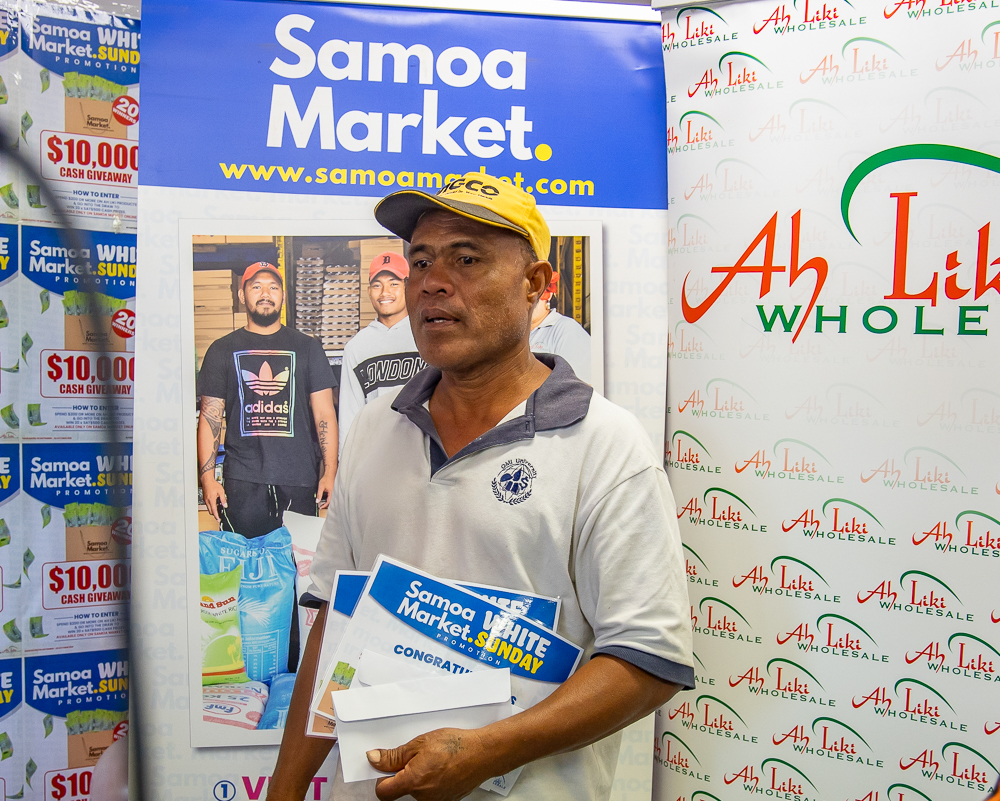 Mr. Tautunu told the Samoa Observer that he was grateful that the prize money will be used to do their family’s shopping for the upcoming long weekend.

“The money will be mostly used to buy white clothes especially for White Sunday coming up,” he said.

“This is the first time I have won something especially a cash prize, I thank our overseas families for paying goods in Samoa so that we can benefit from it. 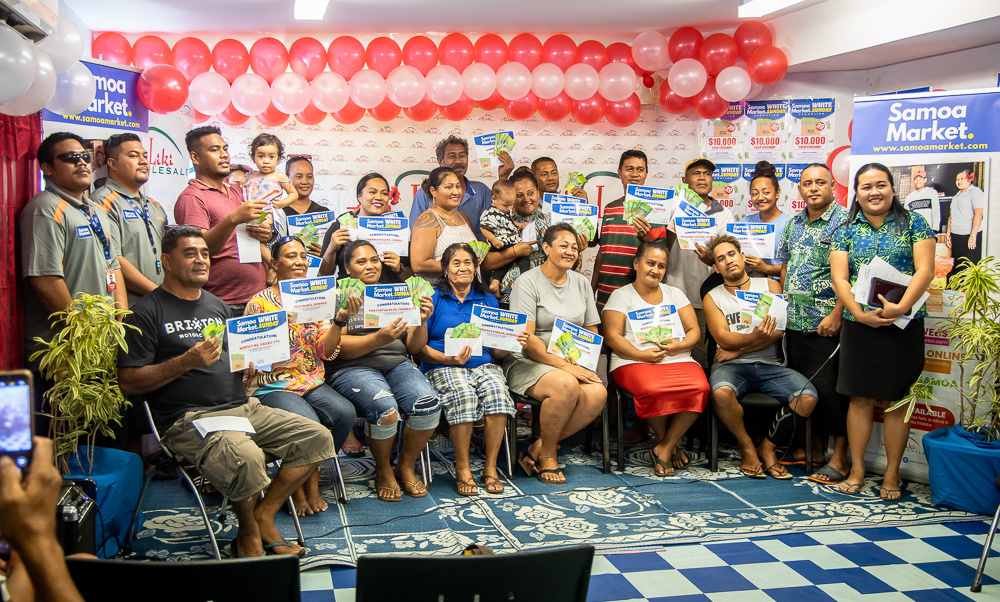 Another winner, Pito Faumui from Sapapalii in Savai'i traveled to Upolu on the 6am ferry just so she could claim her prize.

“Firstly, I give back the glory and thanksgiving to our heavenly father for blessing us with this prize which is much needed for daily expenses,” she said.

The mother-of-three expressed her heartfelt gratitude saying that she did not expect that she would win cash, drinks and food vouchers.

“Our children living abroad paid for our shopping in Samoa which we picked up from Ah Liki Wholesale, this is the first time I have won a prize.

“I am overwhelmed with happiness; I mean who wouldn’t be happy if they have won some money.”

The 55-year-old said that she did not expect something like this would happen: "the significance of winning the prize is to alleviate financial burdens for our family."

To be eligible for the ‘Samoa Market White Sunday’ promotion, a customer must purchase goods to the value of $200 and make the payment on the Samoa Market website. Their families in Samoa can then pick up their shopping from Ah Liki Wholesale and get a ticket to be in the draw.

The promotion attracted thousands of Samoans but only 20 were selected through a draw. So far, there are more than 30 local companies featured on the website.

Samoa Market is a local eCommerce online shopping platform allowing local businesses to sell their products and services to customers all over the world.