A local cocoa fermentation competition designed to recognise and reward the production of high quality beans is benefiting all Savai'i farmers entering by exposing them to new methods and the rigours of competition.

The first round of the competition has been concluded which saw local cocoa farmers from the districts of Vaisigano 1 and 2, Falealupo and Salega Eastc competing.

The competition is implemented by the Scientific Research Organisation of Samoa (S.R.O.S.). 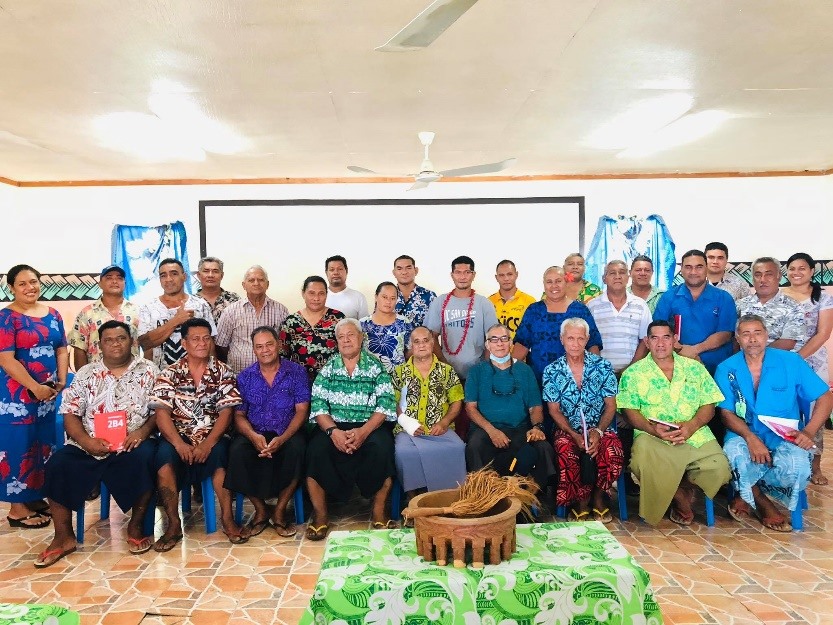 Farmers were divided to compete in two categories, one group to use boxes and the other trays and three weeks was allowed for farmers to work on their fermentation and drying trials before the selection of their samples for collection by the Food Science & Technology team for quality assessment and evaluation in the laboratory at Nafanua.

According to S.R.O.S., the results for quality assessment alone based on fermentation was excellent for most of the competing farmers, and those who did exceptionally well were the winners of the top three prizes for each category.

One farmer achieved the 100 per cent well fermented beans from the cut test and was awarded the special prize.

All participating farmers were gifted with the fermenting box or trays they used for the competition, harvesting hooks, tarpaulins and rakes for drying, and storage bins.

These were found to be the essential equipment needed for cocoa farmers to efficiently implement proper fermentation and drying processes to ensure quality beans are produced for the export market.

This is part of a regional project that the Australian Centre for International Agricultural Research (A.C.I.A.R.) is involved in which is on aligning genetic resources, production and post-harvest systems to market opportunities for Pacific island and Australian cocoa.

According to S.R.O.S., the purpose and significance of the competition is for producing quality beans and the conditions for participation were also explained.

The Scientific Research Organisation also highlighted in a statement that one of the objectives for this regional project is ‘to evaluate the opportunities for Pacific cocoa industries to expand the value of their markets related to quality attributes and industry organisations’.

A.C.I.A.R. stated that significant domestic or potential export industries also exist in Samoa and Fiji, and an estimated 310,000 people are directly involved in cocoa production in the South Pacific countries.

Furthermore, S.R.O.S. revealed that the activities aim to assess bean quality through local competitions and linking to buyers for niche markets so Samoan cocoa is able to compete in the high- value, low volume markets based on fine flavor and ‘single origin’ branding.

The one month long competition started with the registration and survey of farmers in the area before a seminar was hosted to share information on findings from fermentation studies within the region.

The project is trialing and studying the use of shallow trays compared to the more conventional deep boxes for fermentation, which are promoted by other cocoa producing countries as being more efficient and producing better quality fermented beans.

Two more competitions are being planned for Upolu and other districts in Savaii to ensure most of the eligible cocoa farmers benefit from this programme and at the same increase the number of suppliers of well fermented, quality cocoa beans from Samoa.

The exporters and buyers of cocoa beans are automatic beneficiaries who will be guaranteed quality raw material for their products.