The Savai'i roadblocks and the rule of law

Police set up a checkpoint to monitor the HRPP vehicle convoy protest in August which was later aborted. (Photo: Junior S Ami)
TE
By The Editorial Board 06/10/2021

A sense of normalcy has returned in the aftermath of the five-month long constitutional crisis, which divided families, communities and the nation following the 2021 General Election in April this year.

But dealing with the legacy of the crisis will continue to be an ongoing challenge for many, as the country wakes up to news of the arrest, charging and jailing of villagers who set up roadblocks in Savai’i in August that stopped a Human Rights Protection Party (H.R.P.P.) vehicle convoy protest in its tracks.

The 3 October 2021 edition of the Sunday Samoan (“Sasina Chiefs charged over party protest”) reported two chiefs from Sasina in Savai’i were arrested over the illegal setting up of roadblocks at the height of the HRPP anti-judiciary protests in August.

They are facing charges of allegedly using insulting words, threatening words and disorderly conduct during the roadblock, according to the Acting Police Commissioner, Auapaau Lotoitino Filipo.

The 5 October 2021 edition of the Samoa Observer (“Man jailed 20 months for Salelologa roadblock”) reported the conviction of two men in the District Court in relation to a roadblock in Salelologa, Savai’i with one of them getting jailed for 20 months.

The imprisoned man is now serving out his sentence at the Tanumalala Prison with the second defendant getting slapped with a two-year probationary term.

They were both charged and found guilty of disorderly conduct and setting up a roadblock in August this year.

Living in a state that promotes and enforces justice and the rule of law, it was only a matter of time before the law caught up with those who exercised poor judgement, and took matters into their own hands.

We will see more cases connected to the crisis go before the courts in the next few weeks and months as the police widen their investigations. And we cannot blame or even castigate the police either – for what some might say is the reopening of old wounds – as they get on with the job of upholding the law.

As a democracy built on the foundations of the rule of law, we would be kidding ourselves if we were to sweep all the illegal acts that were committed during the crisis under the carpet, to take a business as usual approach.

At the end of the day laws were broken and someone should be held to account. The laws apply to everyone regardless of standing in the community. In the eyes of the law everyone is equal.

Without going into the details of the events of 24 May 2021, cognisant that some of those events are now part of contempt proceedings in the Supreme Court, we can surmise that someone should be held to account for not opening the Legislative Assembly on that day for elected members of parliament to be sworn-in.

That act in itself, not opening the door of the House, triggered a whole set of events which have now gone down in Samoa’s 59 history. Good or bad, we must learn from the experience and strive to become a better nation in terms of our obligations as citizens and how we respect our laws.

The former Prime Minister and H.R.P.P. leader, Tuilaepa Dr. Sa'ilele Malielegaoi dabbled with the issue, when he refused to accept the decision of the Court of Appeal on 23 July 2021 which installed the Fa’atuatua i le Atua Samoa ua Tasi (F.A.S.T.) as Samoa’s legitimate Government.

The Head of State, His Highness Tuimaleali’ifano Vaaletoa Sualauvi II in May this year declared he had invalidated the results of April’s election and ordered voters return to the polls, despite lacking explicit powers under the Constitution that would enable him to overturn election results.

The rule of law as a cornerstone of our democracy was subject to major blows in recent months. And depending on the politics of the day and its effects on the temperament of our leaders, it will continue to be tested.

But as rational beings, why should citizens including leaders test the parameters of the rule of law when they should know right from wrong? Afterall citizens’ fundamental rights can only be fully exercised in an enabling environment that is governed by democratic principles and respects the rule of law?

Having spent five months tearing down the people’s confidence in the rule of law through the Judiciary, surely the time is right to start rebuilding that confidence and trust in one of the building blocks of our nation.

Our leaders in the Legislative Assembly should lead the way – demonstrating to the people that they are keen, just as we are, to protect and maintain our democracy.

Costs of tobacco use: time for action

Editorial | The shut down of a tobacco factory provides an opportunity for the new Government to review the deadly impact of tobacco use on the lives of citizens. 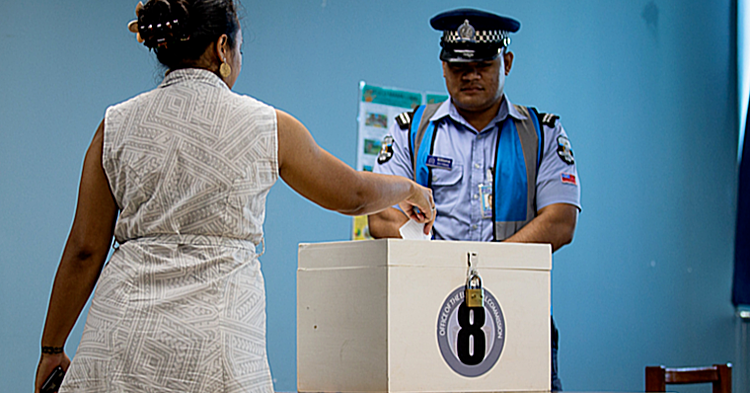 Providing an update to her reform agenda on Wednesday, Prime Minister Fiame Naomi Mataafa gave the impression of a woman who was serious about the business of Government.