A dish prepared by the children during the show. (Photo: UNICEF)
Health

Children across the Pacific region are leading the way as advocates for healthy living as the stars of a new cooking show aimed at younger audiences.

The show titled: “Pacific Kids Food Revolution” is being rolled out in countries including Fiji, Palau, the Marshall Islands, Samoa, Solomon Islands, Tonga and Vanuatu.

The show has been created by the United Nations Children's Fund (U.N.I.C.E.F.) and the Pacific Island Food Revolution.

It aims to use reality television to share a message on healthy eating. Episodes show that embarking on healthy eating can be as simple as beginning to using fresh, nutritious and local food that can be grown in backyard gardens.. 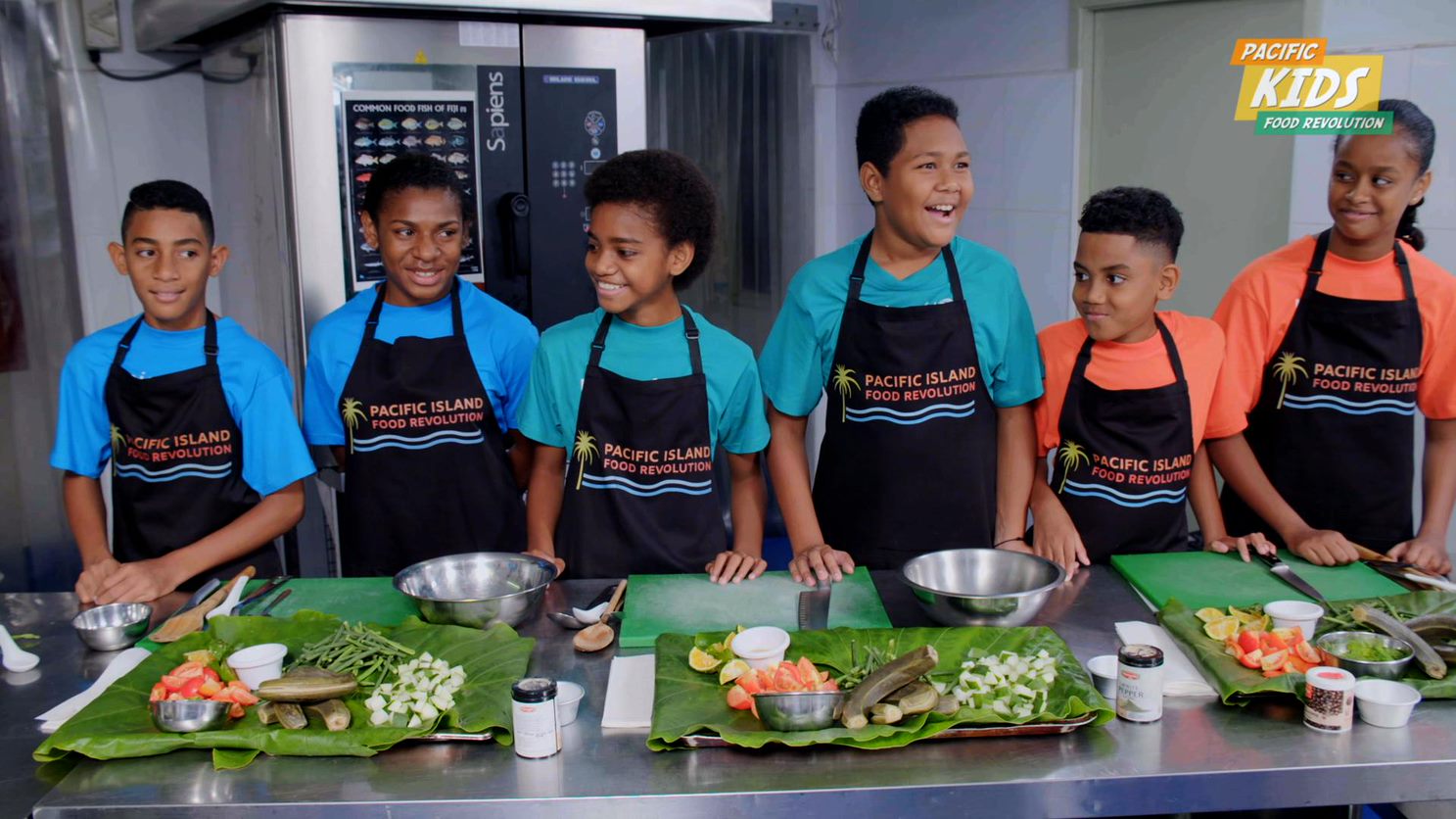 The show also provides a platform for children to advocate on and support Pacific Island nations to overcome the triple burden of malnutrition facing the region, including stunting, micronutrient deficiencies and overweight or obesity.

According to the U.N.I.C.E.F. Pacific Representative, Jonathan Veitch, in many parts of the Pacific, stunting alone affects one in every three children and many children five years and older are also facing challenges with overweight or obesity.

“I am excited to see children, or our ‘food warriors,’ standing up for their rights to good health and nutrition,” he said.

“I would like to thank our partners, including regional governments, Pacific Island Food Revolution and Pacific broadcasters for their support in creating a platform for children to drive healthy change in their community.”

The Pacific Kids Food Revolution aims to showcase that local food can be easy, convenient and exciting, while encouraging children to cook and eat healthy foods. At the same time, the healthy and nutritious food supports children to thrive at school while limiting the severity and frequency of illness.

Founder and Executive Director of Pacific Island Food Revolution, Robert Oliver said that the children were excited to cook local healthy meals which is important.

“We were also encouraged that they were keen to share the recipes with their parents and friends.

“It was important for us to tailor the message in a way that it would be received well by children, and it’s been a success.

“They’re having fun in the kitchen and they’re learning to eat and live better.”

Additionally, to airing the episodes of the cooking show on television programmes, including children’s shows, the campaign is also widely promoting healthy eating across digital platforms as well as engaging more children to become ‘food warriors’.

One 13-year-old ‘food warrior’, Gabriel Kumar said that the show gave him knowledge about the fundamental role food plays in determining health and wellbeing.

“I learnt how to include the three food groups into my daily meals, and how to make them using our local fruits and vegetables, which is so important for a growing child," he said.

“My message to all other children is to always eat healthy food, exercise daily, and don’t be scared to try new things in life."