Electric Power Corporation (E.P.C.) Chief Executive Officer, Tologata Tile Tuimalealiifano has cleared the air on why some passengers of Samoa Airways were locked out at the Faleolo International airport terminal.

Tologata said the container truck that ran into the concrete power pole at Tuanaimato caused a power outage within the Siusega and Vaitele vicinities last week Wednesday, knocking out the power supply in the western side, including the airport.

And because of this Samoa Airways passengers, who arrived at Faleolo International Airport from New Zealand on the afternoon of the same day, were locked out of the new arrival area.

“The airport has the stand by generators, and their standby generators it should automatically kick in when the power supply from EPC main line is off. But unfortunately the automatic system did not work,” Tologata told Samoa Observer.

He said the installation of computerized systems in Fiaga would improve the circulation of power supply.

“Well E.P.C. is now investing in new technologies. Part of the programme today (last Friday) in the project is the smart grid controller, and that is a system where we use the computerised system to ensure automatically operate and ensure and minimise any power outage for the consumers so E.P.C. is investing in technologies that can address those issues.

The new system can take about 13,000 unit of electricity.

“That electricity is stored there when there is a need for its use it can be easily released there.

“As you can see that when clouds block the batteries, the electricity supply drops, or when a generator or engine is damaged then the batteries serve to is a quick reply in terms of the power needed,” Tologata said. 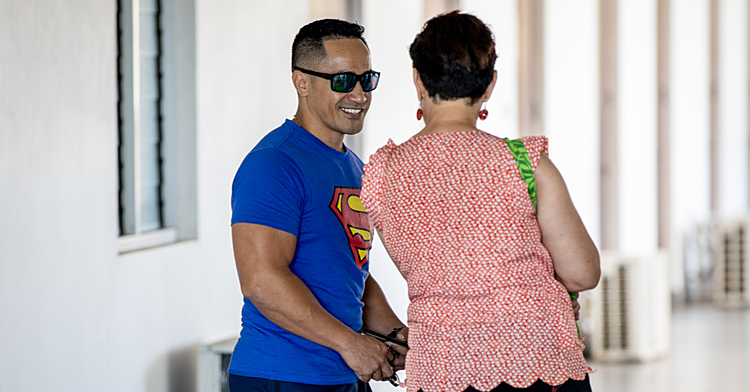 A suspended Police officer, who has pleaded guilty to charges of unlawful possession of firearm and ammunition, as asked the Court to discharge him without conviction.