Leaders of the Congregational Christian Church of Samoa (C.C.C.S.) in Alamagoto and parishioners celebrated the blessing and opening of their brand new hall on Saturday.

Foreman on the project was Rev. Fa’atafa Nefu who leads the C.C.C.S. Alamagoto with his wife Mrs. Sinuanua Nefu.

The reverend is a qualified carpenter who served as project manager on the construction project. He drafted the building’s design and carried out the work with a crew of 24 builders plus additional specialists. 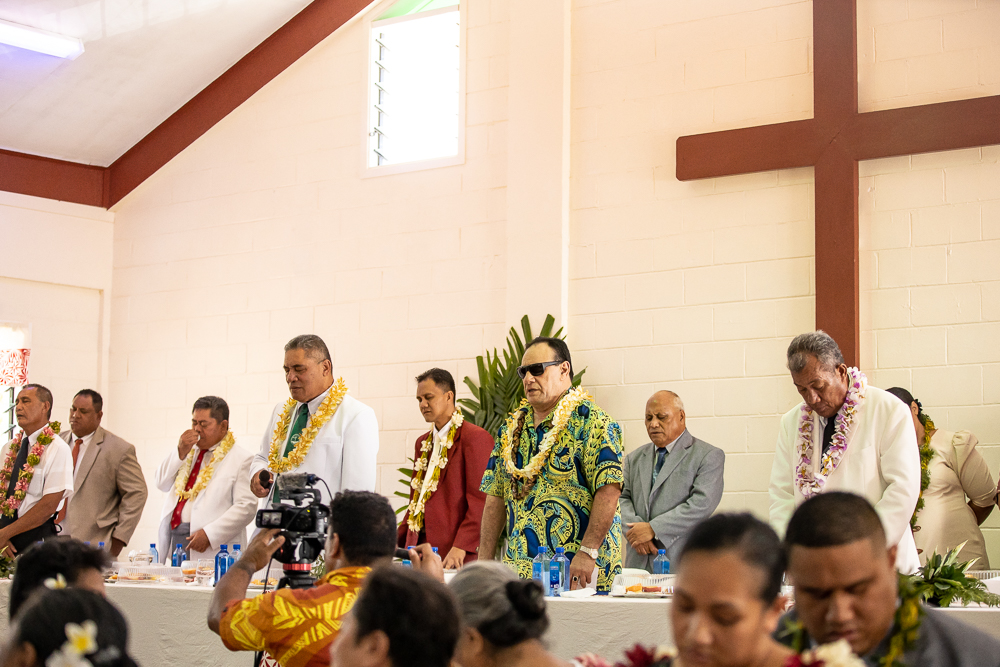 Leta’a told the Samoa Observer it was a good learning experience for the young men of the congregation who joined the building crew.

“Our youth helped too and it was a good learning experience for them because our Faifeau (Reverend) is a qualified builder so they got to learn from him,” he said.

Laauli Leuatea Schmidt, lay preacher at the C.C.C.S. Alamagoto opened the celebration. Laauli’s day job is Minister of Fisheries and Agriculture and he is also Deputy Leader of the Faatuatua i le Atua Samoa ua Tasi (F.A.S.T.) political party.

Rev. Nefu and Laauli thanked the E.F.K.S. national leadership, C.C.C.S. Alamagoto members located in the four corners of the world, their church members and everyone who lent their support and resources to the new building. 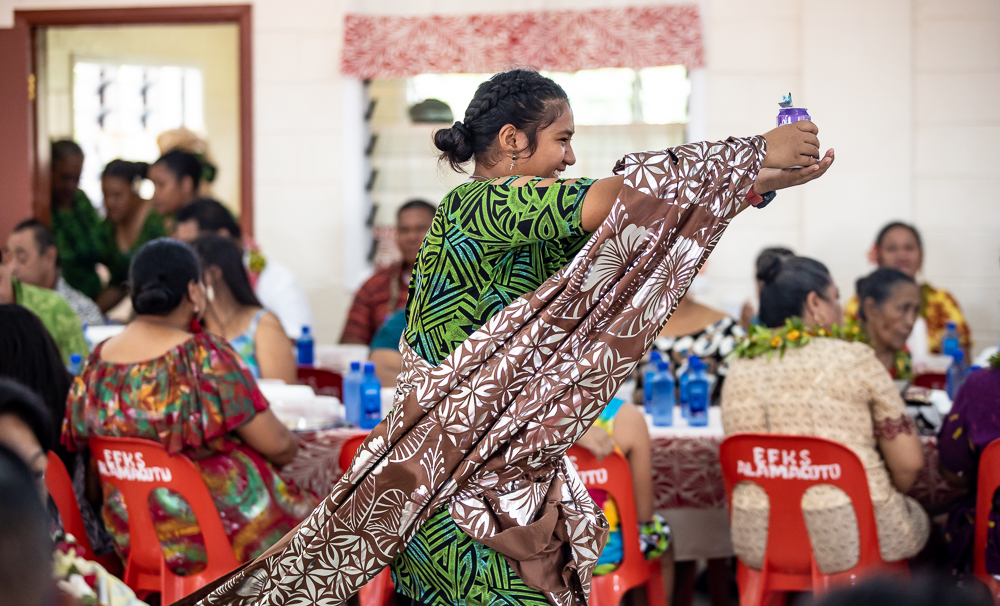 Rev. Elder Talalelei Tuafafo performed the official blessing of the new building and Faletua Toeaina (Rev. Elder's wife) Mrs. Hana Efu was given the honour of cutting the ribbon.

The keys to the hall were handed over to Rev. Nefu and Mrs. Nefu who opened the hall to allow guests inside for a tour.

The list of special guests included Vaimauga No. 4 Member of Parliament and Minister of Police Prisons and Corrections Faualo Harry Schuster, Minister of Health Valasi Tafito Selesele and leader of the Church of Jesus Christ of Latter-day Saints Alamagoto Ward, Bishop Lolesi Iese. 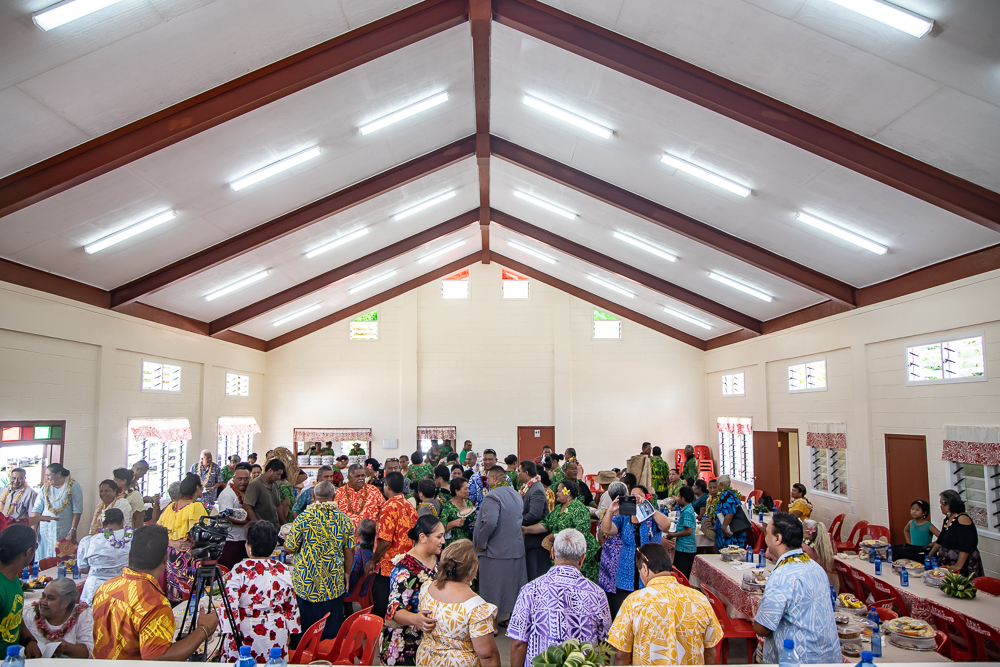 The celebration was held on Saturday, 11 September, 2021. 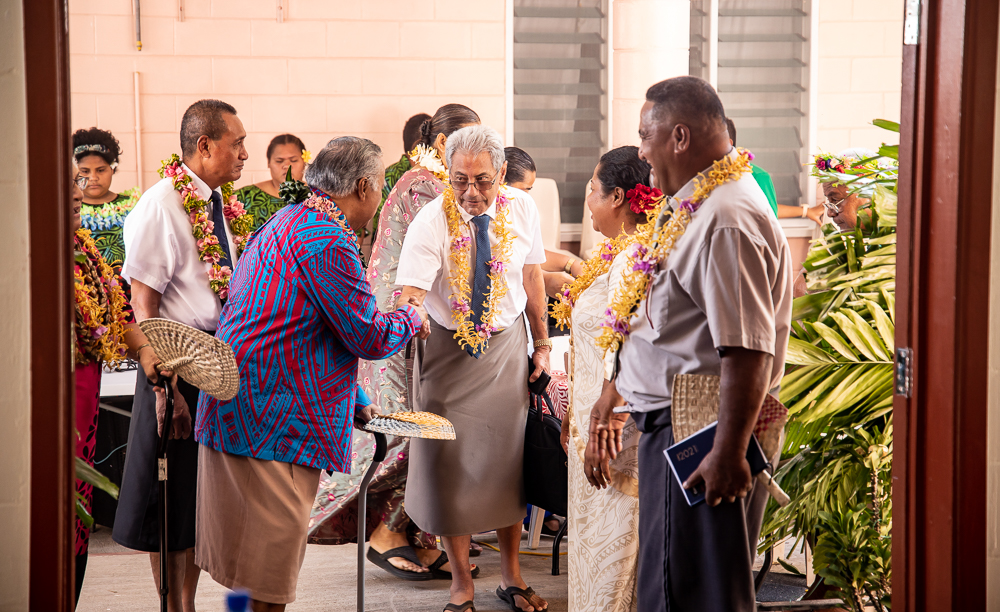 The new hall is situated on land gifted to the C.C.C.S. Alamagoto by the Leta’a family or le Aiga Sa Leta’a.

The congregation’s old hall served as a polling site for the Vaimauga No. 4 electoral constituency in the 2021 General Election.