And so it continues. The war of words between the Government and the biggest denomination in Samoa with close to 60,000 members, the E.F.K.S., rages on.

If what is being said publically is anything go by, these parties are definitely on a collision course. While the Government is adamant that it would not change the law Parliament has already passed requiring Church Ministers to pay taxes on the alofa they receive, the E.F.K.S. church is not budging at all.

Now listen to the General Secretary of the E.F.K.S. Church, Reverend Vavatau Taufao: “Let the Government implement their law. As for the E.F.K.S. church, we stand by the decision reached at the end of the Fono Tele. We will wait until the Fono Tele next year to review that decision.”

And what will happen in the meantime, with the Government threatening to prosecute and seize the personal assets of the Church Ministers?

“If there are consequences in the meantime, we have to remember that Jesus said I’m sending you as sheep among wolves.  The pastors are prepared to carry the cross,” said Rev. Vavatau. “Remember what Jesus told Peter. He said I would establish my church upon this rock and give you the keys; even the gates of hell wouldn’t prevail against it.”

With that said folks, today, we have a confrontation on our hands that is far from being resolved. It is a most sensitive and intriguing battle involving two of the most powerful institutions in the country. Here we have the H.R.P.P. Government who has been ruling with an iron fist for close to 40 years up against the biggest church in Samoa. It is highly unlikely any of them will back down. Not by a long stretch, judging from what has been said.

This public spat continues to give in terms of different and interesting spins every day. Some of it thought provoking stuff too. Take the E.F.K.S’s views on the issues of Samoa’s colonial past and Biblical obedience to authority, for example.

Rev. Vavatau revisited the issues of the Savali, which had been quoted by Prime Minister Tuilaepa, in pointing out that Church Ministers had paid taxes in the past.

“If you think about the context of the money they were required to pay back in those days, our people would have been suffering. This is the colonial time,” said the General Secretary.

“No wonder why they wanted us to be independent. They went through so much suffering and they were yearning to be free. Now my mind is even more worried, I feel for our people because we don’t want to bring back these colonial mindsets to govern our country today.”

As for the claim by the Government that E.F.K.S. should listen to them because all authorities are from God, Rev. Vavatau called for caution.

“We have to be careful when we talk about all authority in case we end up saying that it was authority from above that was given to Hitler, Idi Amin that allowed them to rule with an iron fist,” he said.

“If we insist on this line that all authority is from above, then we can conclude that people are suffering because of it. This is why the E.F.K.S. church cannot accept this claim about authority over all things. We have to remember that the worldly authority is appointed authority, whereas God owns the authority.

“So when it comes to the work of Pastors, the authority under which they have been appointed comes directly from whom who has appointed them. This authority cannot be dragged around like this as a biblical basis for this law.”

It sounds like Rev. Vavatau has certainly been doing his homework on what Tuilaepa has been saying since the beginning of this debate. It would be interesting to hear what Prime Minister Tuilaepa would fire back in return.

In the interim, what Tuilaepa and the Government would find in their favour is the position of one Methodist Church Minister, Reverend Vaiao Eteuati, who opened up about the issue last week. According to him, it is the moral duty and responsibility of any church minister to pay taxes.

“Everyone who receives an income must pay tax, everyone,” he said.

“Why? Equity is the most important thing. Everyone has to contribute to the development of the country’s infrastructure – the roads, pension and everything.

Rev. Vaiao added that he has paid taxes “all my life as a faifeau.”

What do you think? Definitely interesting times ahead. 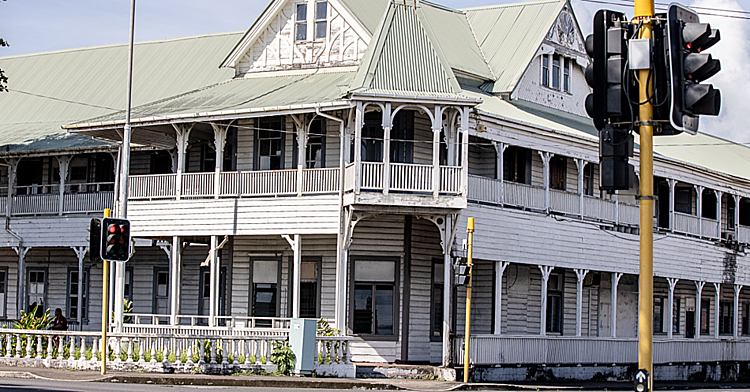