They overcame a mighty A’ana Izuzu Chiefs in a close 20-19 contest to reclaim their title two years in a row.

A’ana Chiefs supporters cheered on their team as number 7, Jacob Mapu, opened the scoreboard for the team with a five pointer with a successful conversion, increasing their lead by another two points.

Vaimauga Eels hit back when leftwing, Denise Maresa, scored a try before the half time whistle sounded, followed by a penalty kick. They led 8- 7 at half time.

A’ana Chiefs came back strong in the second half with No. 12 Tulolo Tulolo scoring to stretch the team’s lead. A try by Jake Leifi and a penalty try by Vaimauga Eels sealed the game for the defending champions.

Vaimauga Eels team manager, Tuiaana Unasa said they are thankful for the support of their district and the country since the first week of competition.

“We have managed to hold onto our title and God has answered our prayers, thank you to our sponsor also for making it possible for our team to reach this far,” he said

“To the different villages and our elderlies, it has been a journey for the books and we would not be able to do this without our loved ones’ encouragement and support. They are the ones who make sacrifices so that the boys would reach to where we are now. It was not an easy match but as everything else, if we start to lose focus and run out of battery before the game even finishes, then we are left with no choice but to accept that we are going to lose.”

Tuiaana highlighted the importance of being mentally prepared and fit to take on a strong opponent like A’ana Izuzu Chiefs.

“This has been the focus of the coach and the management team to making sure that the boys will be able to carry out a game of 80 minutes.”

It was double celebrations for the Vaimauga Eels as their under 20’s team also won against the A’ana Chiefs within their own catergory. 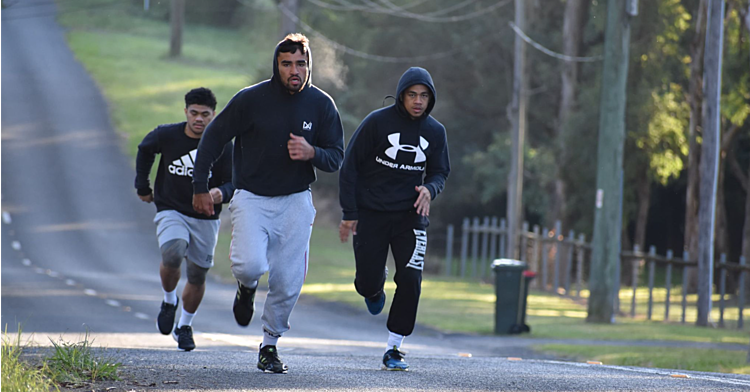