The new position holders at the National University of Samoa, announced last week by the Vice Chancellor, Professor Fui Asofou So’o, are ready for work.

Dr. Malua-Amosa was the acting Dean for the faculty when the position was vacant. She is a graduate from the University of Otago with a Masters and PhD in Science.

Her academic life started from Vaivase Primary School up to Samoa College then she  began foundation year or UPY in the year 1984, which is also the founding year of the University.

She did her Bachelors Degree in Science at Flinders University in South Australia. Hailing from the villages of Fa’atoia and Vaiala, Patila married the late Tuifuisa’a Pitolau Amosa and they have two children.

With a strong background in teaching starting at Samoa College and then moving on to N.U.S. in 1993, Patila is now on a mission to lift the standard of student academic performance in the field of science to the next level.

“I will be focusing on working together with my fellow colleagues in the department of Science to improve the academic performance of all the science students,” said Dr. Patila.

Improving research skills of the students is her top priority.

“I know that the students here are lacking that one and main important skill which is ‘research’. Therefore, I believe that in order to improve the quality of their studies and work, they need to work on their research skills.”

At the Faculty of Business and Entrepreneurship, Seve hopes to improve the quality of the students qualifications.

“We are working as a whole to lift up the standard of academic performance in our university so that it will go in line with the other universities overseas. And to me personally, I believe that in order to do that, we need to start with our students.

“We need to develop and improve the quality of their performance while in Uni so that when they go out on the field to work, they will be well-prepared.”

Agreeing with Dr. Patila, Seve said improving research skills is on top of his to do list while leading the faculty.

Seve also revealed that setting up mentoring sessions for the students is one of his strategies he will be looking at to help improve the academic performance of the students. “One of the main problems our students have is being scared and their hesitation to ask questions. Over the past years, we have learned that students who ask questions are the ones who do well in exams.

“But we want to train them and change their mindsets so that they can ask any question. So I believe having mentoring sessions will help them a lot.”

This is something most universities overseas are doing and Seve wants to implement this at N.U.S.

Seve believes that students will be more comfortable talking and sharing with other students and are not afraid to ask other students for help instead of teachers.

Seve Folototo Seve graduated with a Masters Degree from the Australian National University and is yet to complete his PhD from the same university.

He started his academic life at Fagafau and Samata Primary School then left for New Zealand for college. He returned to Samoa to attend the National University of Samoa, eventually graduating with a Bachelor of Commerce and Arts.

Seve worked at the Ministry of Revenue for one year after he graduated. He then worked for the Betham and Co. Public Accountants and Law Firm for four years.

In the year 2004, he started working at N.U.S. in the Finance office. He was then shifted to teach at the Faculty of Business and Entrepreneurship in the year 2014. He is married to Liliu Seve and they have three children. 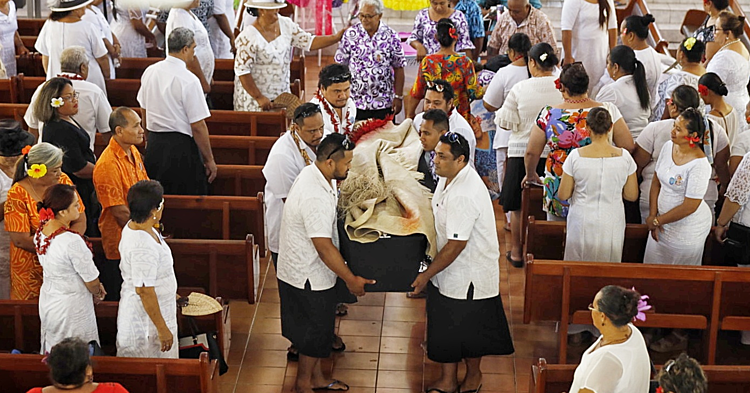