Samoa
The protesters displayed placards supporting the Judiciary and slamming the caretaker Government for using women like puppets. (Photo: Vaitogi A. Matafeo)

Senior lawyer Unasa Iuni Sapolu has accused the caretaker Prime Minister of using women to continue to illegally hold onto power and says the anti-violence march on Monday is one such example.

The leader of the Samoa First Political Party told the Samoa Observer on Monday that the protest against violence against women – which the organisers have dubbed the “Candlelight March” – is how the current caretaker Government uses women to continue to retain power despite the April general election confirming Fiame Naomi Mata’afa as Samoa’s next Prime Minister. 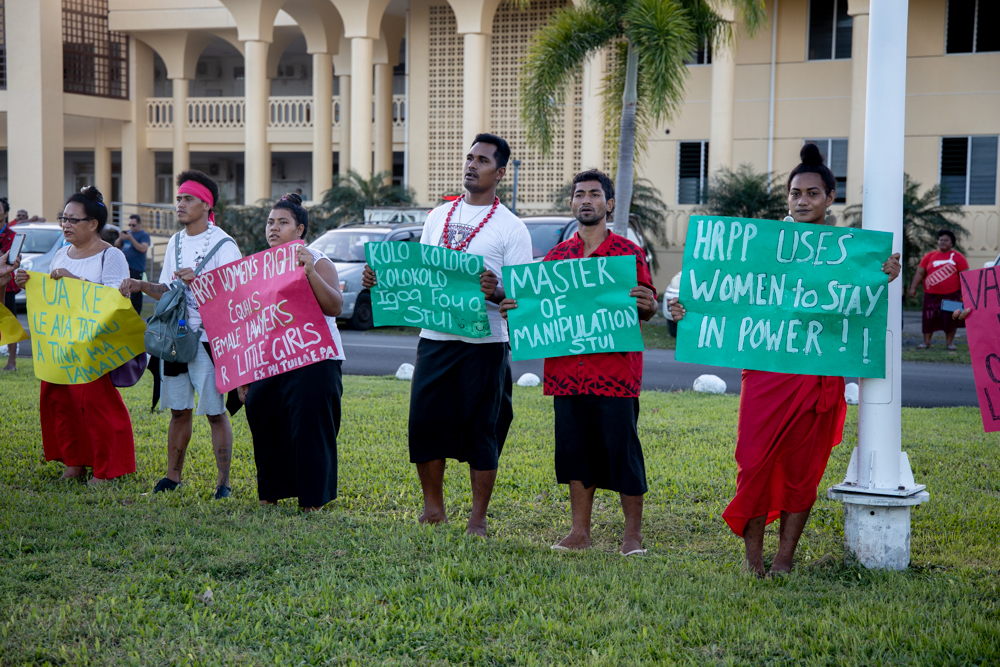 “First of all the national election is finished and the people of Samoa voted for the first female Prime Minister which is Fiame Naomi Mataafa,” she said in an interview.

“Secondly, we support and stand for the Court but most importantly the rule of law, which is now being questioned and disobeyed by the power of a man trying to put aside the rule of law and the Constitution.

“There is no one above the law, all of us are under the law and that is why we are here.” 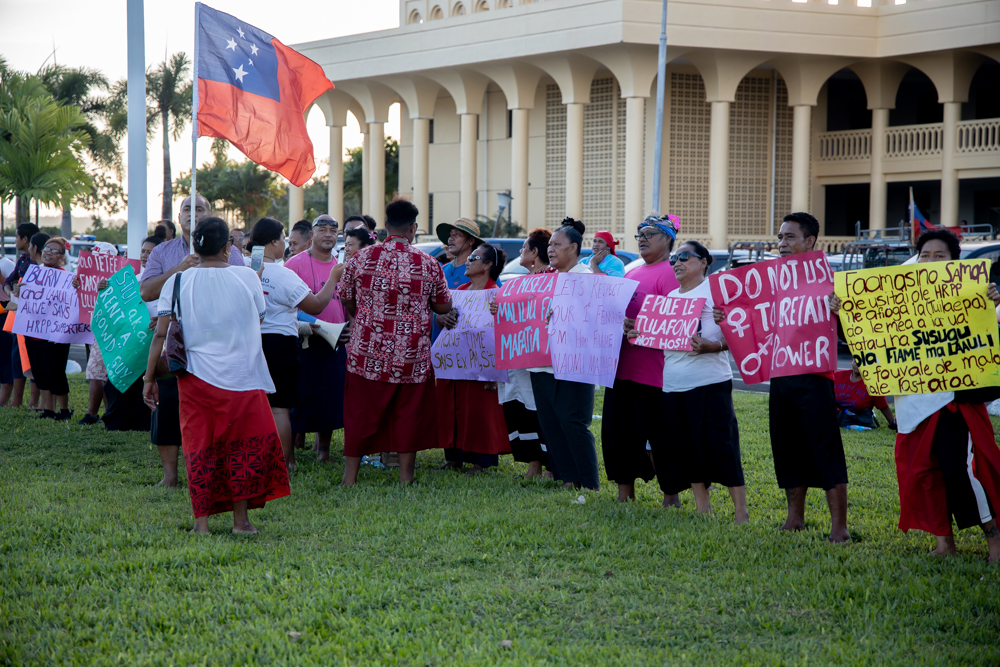 Unasa led a small group of protesters on Monday, who also converged on Mulinu’u but stood next to the Supreme Court precinct with their placards, that criticised the Human Rights Protection Party (H.R.P.P.) and the caretaker Prime Minister Tuilaepa Dr. Sa'ilele Malielegaoi.

“What I think of the march today is Tuilaepa uses women to gain power. This is the first time the women have marched to raise their voice, but we have protested so many times before, like our protest about the L.T.R.A. four years ago to protect our land.

“So anything that affects our human rights we stand and fight for it. But this issue violence against women has being there for ages since the H.R.P.P. was there and 40 years of H.R.P.P. leadership and it’s getting worse.

“Why? Because they forgot about the rights of women for safety. Suddenly, they march for that, wow!

“It’s good that they are here, but I hope they are not being used by Tuilaepa and the H.R.P.P. to retain and maintain the power and to hold on to the Government. 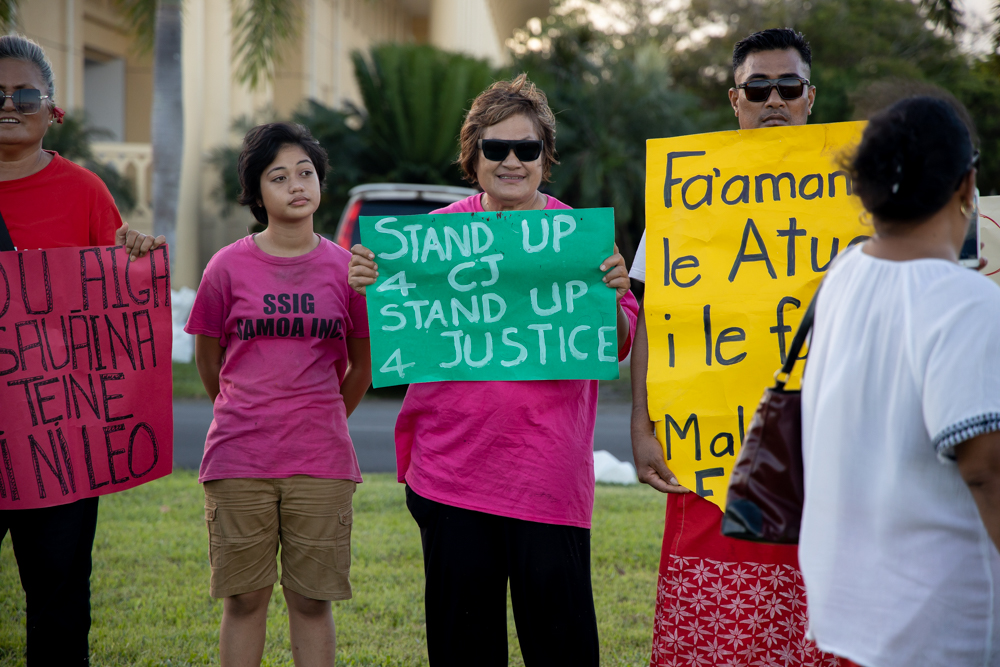 “Why can’t we humble ourselves, excited and be thankful that a first ever female won the polls and got elected as a Prime Minister and it goes together with the Samoan saying E au le Inalau a Tina (women can achieve anything).”

The senior lawyer also commented on the bombshell televised interview by TV3 on Monday morning, where one of its reporters Rula Su’a Va’ai admitted that the caretaker Prime Minister had asked her – prior to the televised interview – for her to ask him about sexist comments that were falsely attributed to the Fa’atuatua i le Atua Samoa ua Tasi (F.A.S.T.) Deputy Leader La’auli Leuatea Schmidt.

“Now Rula Su’a came up to apologise and it is very very sad because it shows that she was been used by Tuilaepa to get what he wants,” she said.

“Now this poor woman is being mocked, sworn at and people saying insulting things to her simply because of what Tuilaepa wanted her to say. She is now apologising because women always apologise.”