Samoa
After their mass and recipients are seen with their families (Photo: Vaitogi A. Matafeo)

The Catholic Church's Vailima parish celebrated the sacrament of confirmation (kofilimasio) day on Sunday at the official home of the Carmelite Sisters.

The sacrament of confirmation in the Catholic church is often held on Pentecost Sunday when Christians celebrate the descent of the holy Spirit upon the apostles. It's called confirmation because of the faith given in baptism getting confirmed and strengthened. 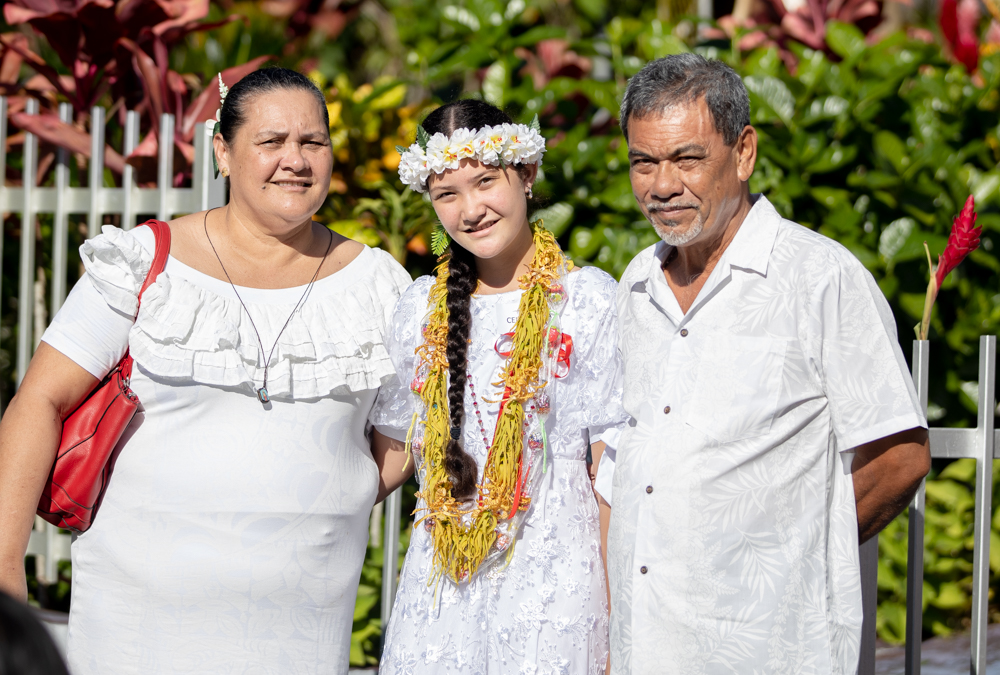 More than 20 people received the sacrament on Sunday as families and friends beared witness to the occasion as they became recipients of the sacrament.

Attempts by the Samoa Observer to get a comment from Archbishop Alapati Lui Mataeliga and the deacon who was leading the mass were unsuccessful as of press time.

But the smiles, joy and laughter could be seen on the face of the recipients as well as their families, who showed how grateful they were for receiving an important sacrament as a Catholic. 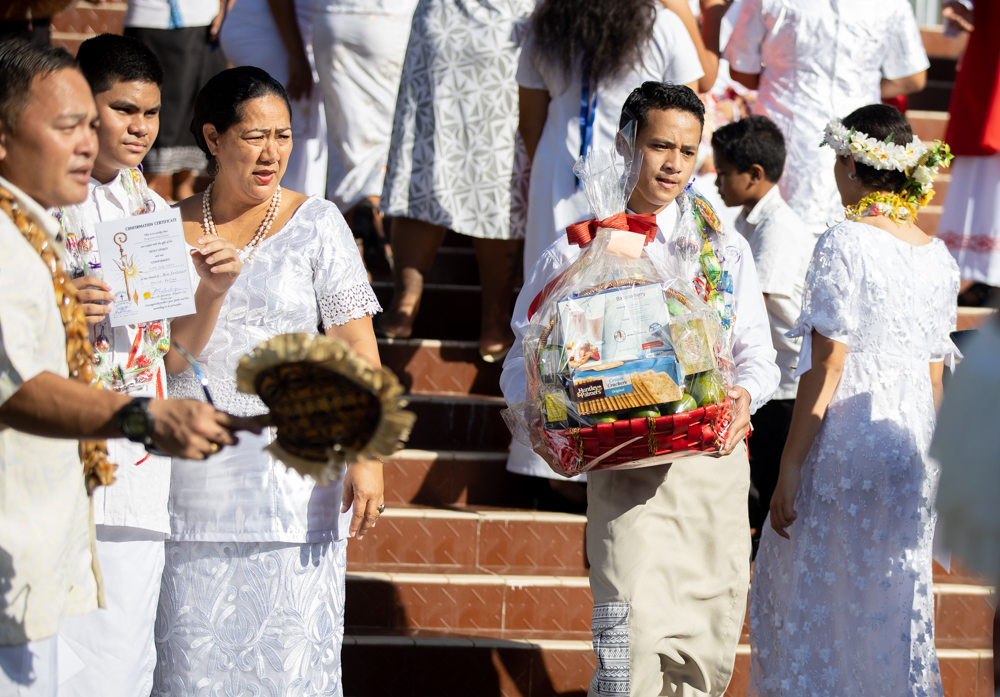 In a previous interview with Fr Eteuati Eteuati, he spoke on the significance of the sacrament for a Catholic believer, emphasising that it is a sacrament instituted by Jesus.

He said it confers the seven gifts of the holy spirit – wisdom, understanding, knowledge, counsel, fortitude, piety, and fear of the Lord – upon the children receiving it.

In late May this year, the Catholic faithful on the big island of Savai'i was able to receive the sacrament at Logoipulotu where more than 200 people gathered. 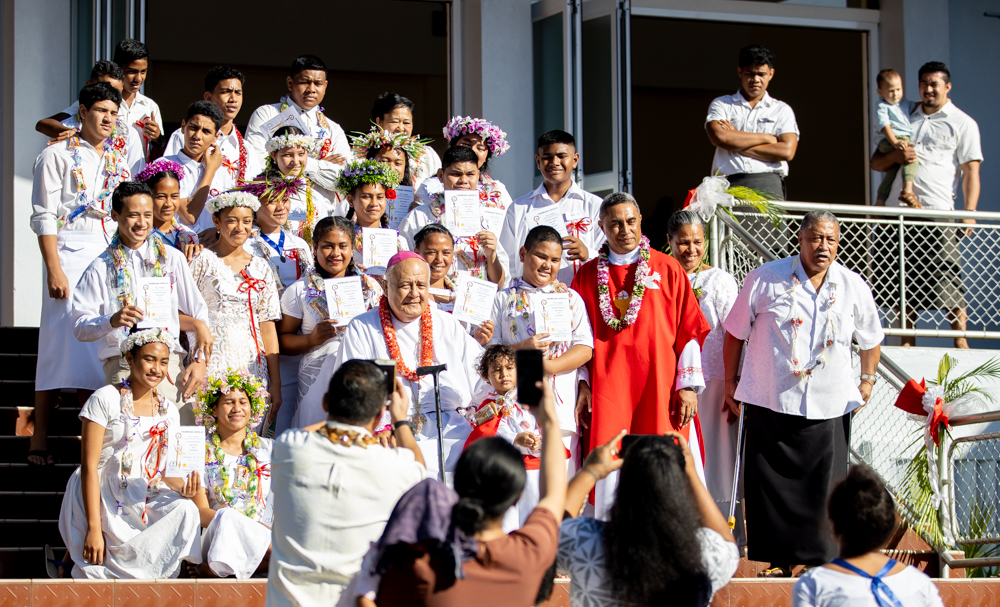 The sacrament can only be conferred by the Archbishop, and he was the one who led the celebration on Sunday at the Vailima parish church.

This sacrament can only be given to someone who has accepted his or her Catholic beliefs wholeheartedly and specifically those who are 14 years of age and above.