Samoa
The Ministry of Police and Prisons had donated vegetables to the Home of the Elderly at Mapuifagalele on Thursday. (Photo: Vaitogi A. Matafeo)

The visit was designed to mark the 50th anniversary celebrations of the old people’s home.

Representatives from the Ministry visited Mapuifagalele on Thursday and presented donations of vegetables grown on rehabilitation plantations, and had also provided entertainment for the elderly put on by the Police Band. 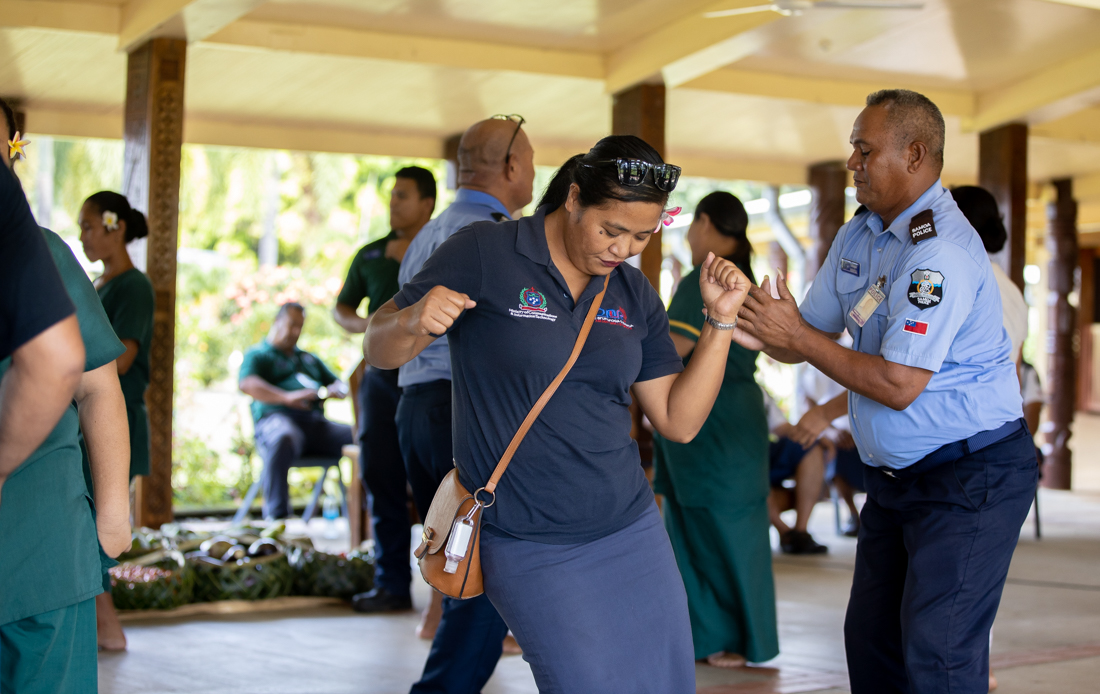 The entertainment provided by the Samoa Police Band was part of the 50th-anniversary celebration of the Home of the Elderly at Mapuifagalele which is due to occur this coming Saturday. 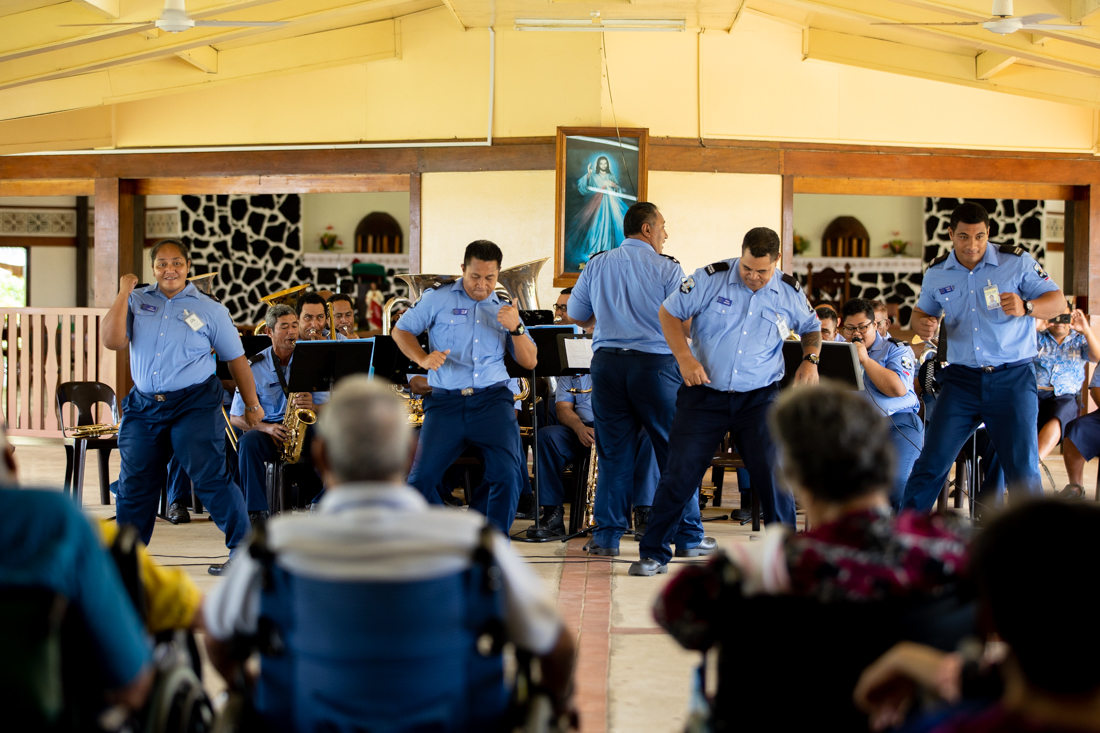 Members of Samoa's media, Police officers, staff and residents of the elderly home enjoyed the entertainment and music provided by the band, with residents and staff of Mapuifagalele taking the opportunity to dance and enjoy the music. 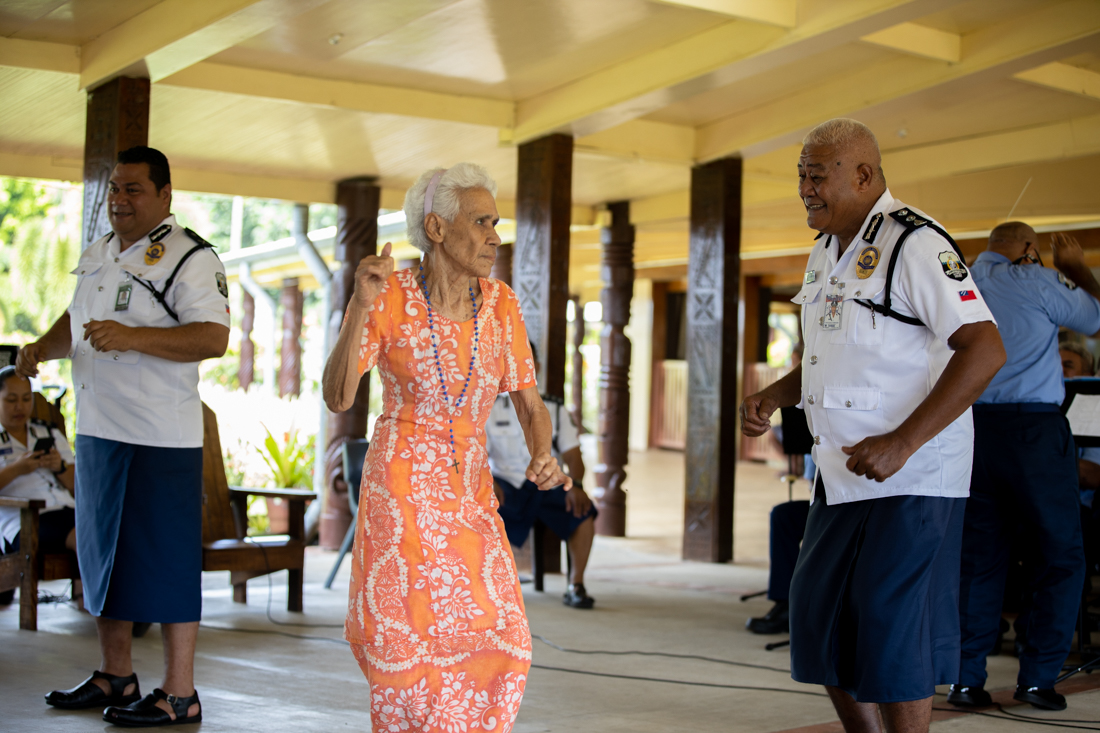 In an interview with the Samoa Observer on Thursday, the Sister-in-Charge of the Home for the Elderly at Mapuifagalele, Sister Maria Frances Pale, said the residents appreciated the time that the Samoa Police took to entertain the residents of the elderly home. 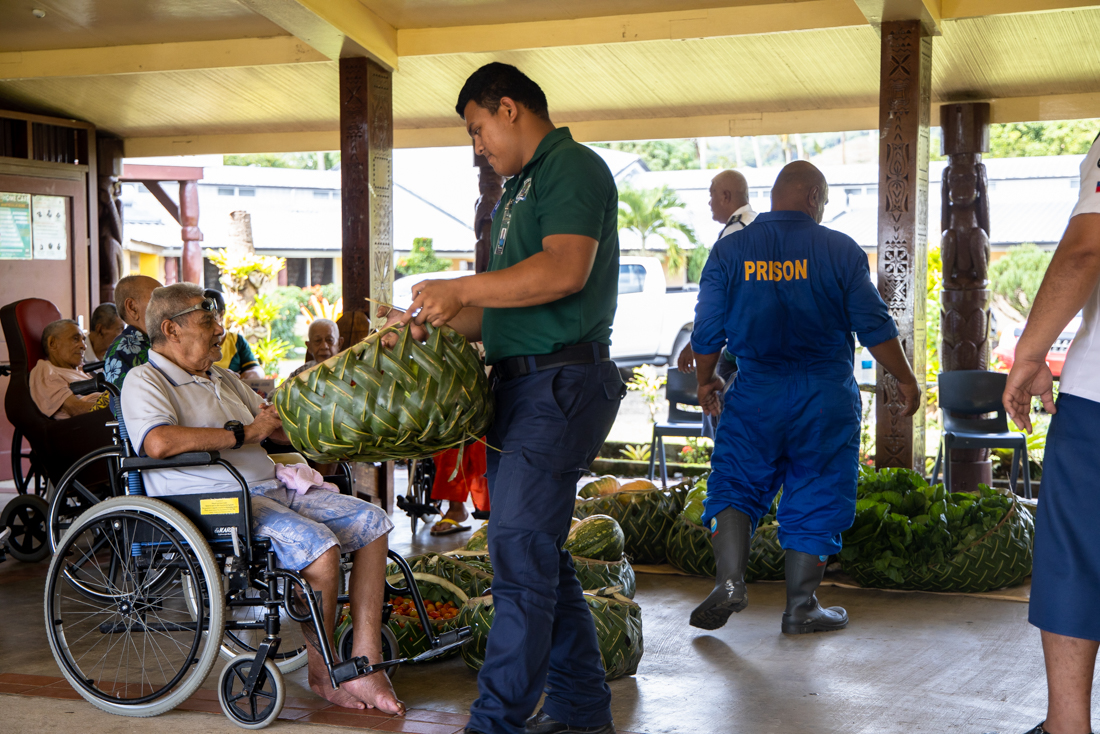 While the elderly home will celebrate its 50th anniversary on Saturday and with the entertainment provided by the Police Band, Sister Maria said the celebration has started, and was happy that most of the residents were dancing to the music.

The Deputy Police Commissioner, Papalii Monalisa Tiai-Keti told the Samoa Observer that the donations are from prison plantations. 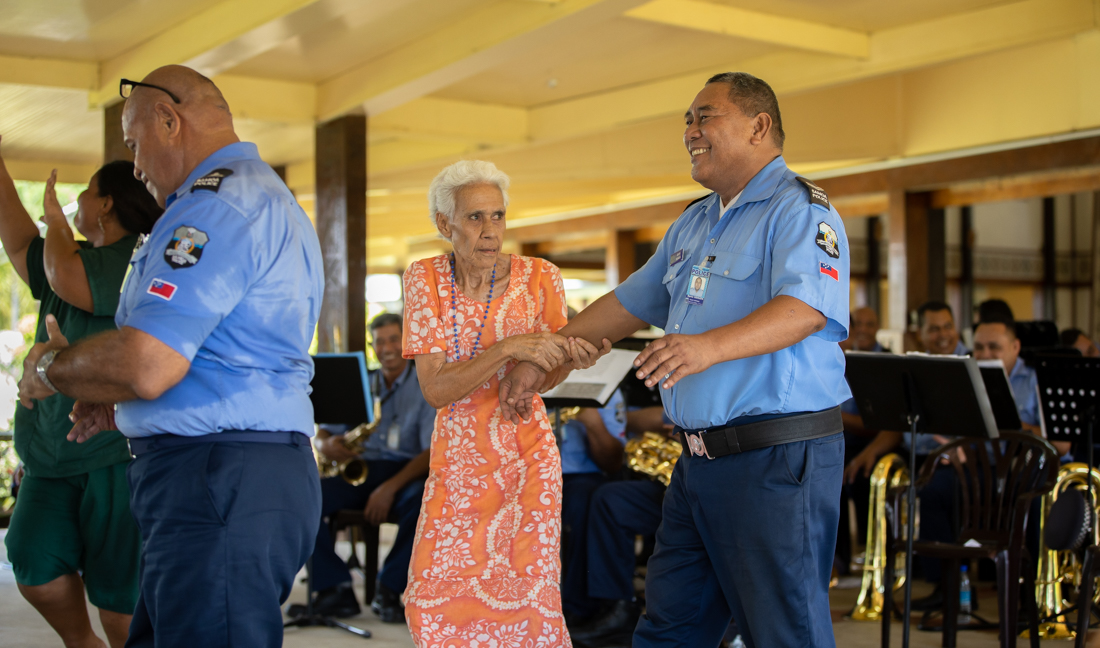 Papalii said that the  donation of produce is part of ongoing work Samoa Police has done for Mapuifagalele with the extra vegetables that they have provided to assist with their food.

"It's always a good feeling to see them excited and happy to dance," Papalii said.