A thousand-plus Samoans flooded to gather for a chance to work overseas. Video by Lupe Mailo. (Photo: Vaitogi A. Matafeo/Lupe Mailo)

Thousands who turned up at the Congregational Christian Church of Samoa-owned Sogi hall on Monday morning were dispersed after the MCIL staff and the Police found it difficult to control the crowd.

It is not known whether the Ministry will convene another registration session for Upolu applicants, after a melee at the church-owned hall led to the injuring of three people and the destruction of the property.

The M.C.I.L. initially invited the public to register for seasonal work opportunities in New Zealand and Australia. 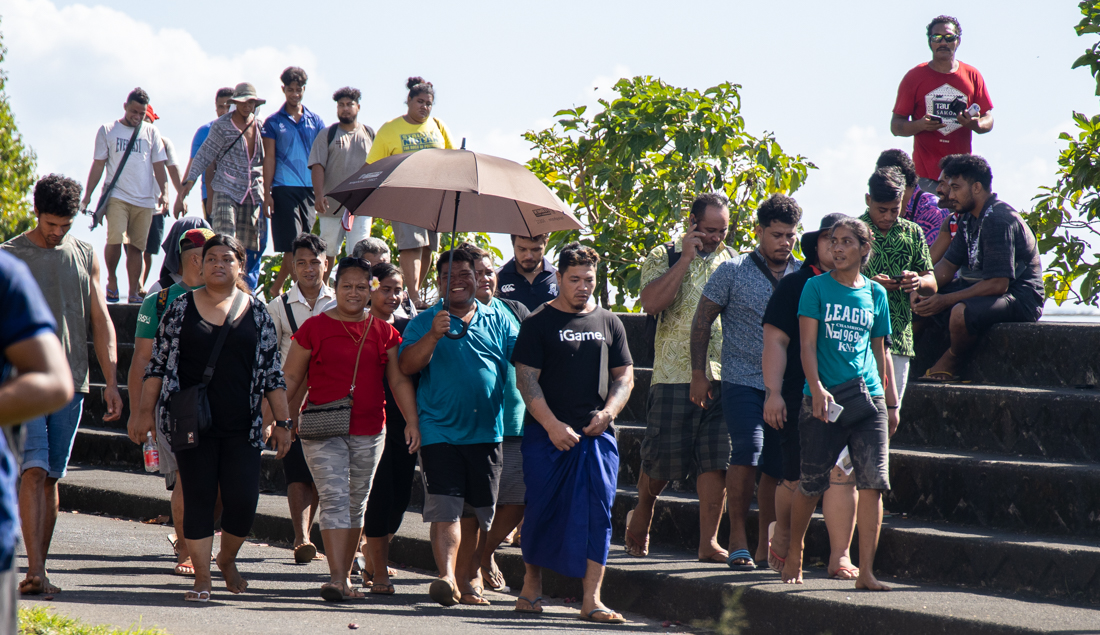 “The public is hereby advised that the Ministry of Commerce Industry and Labour has officially cancelled its registration that was held today due to the health and safety of the general public who attended the registration today and tomorrow as was previously advertised,” a notice, which the MCIL issued at around 5pm on Monday, reads.

“We apologise for the inconvenience that this may cause. The Ministry will inform the general public on the next registration for Upolu once we have finalised our next plan.”

The Samoa Observer understands only a handful of people who were in front of the queue, prior to the melee and the injuring of the three people, were able to register. 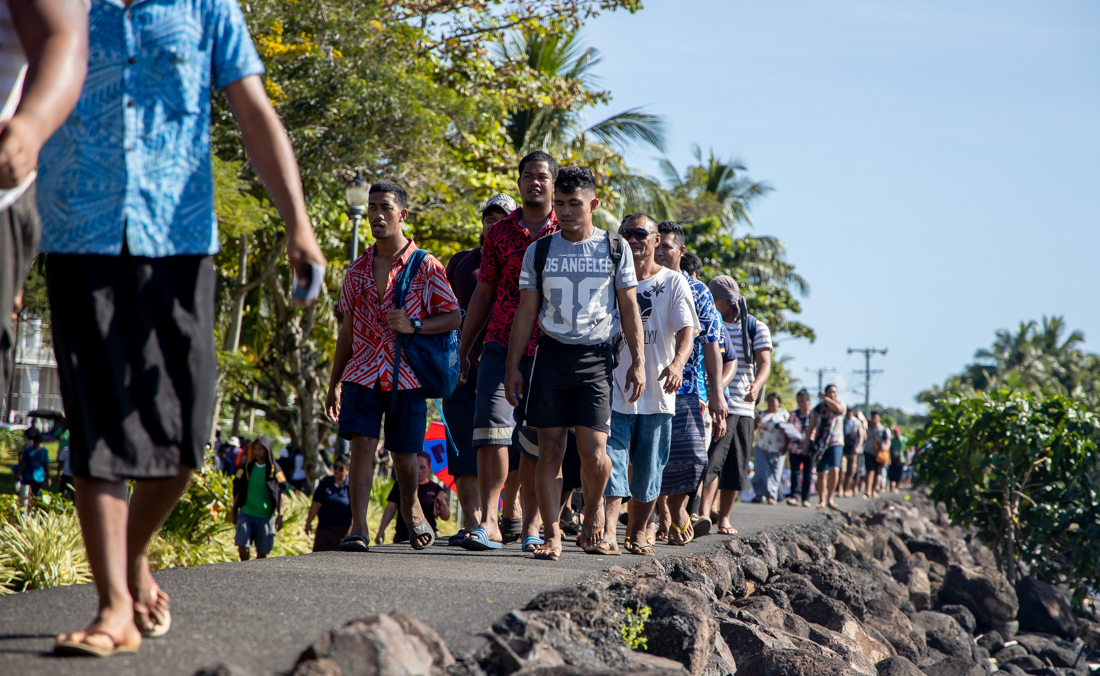 Amongst the crowd that was turned away was a group of Luatuanu’u young men seeking a chance to travel overseas to seek better opportunities for their families.

Mathew Tati, 26, Ray Kerisimasi, 24, and Niko Lilo, 28, told the Samoa Observer that despite making it inside the building, they didn’t make it to the tables to complete registration due to the crowd.

They lamented the poor planning of the event saying the M.C.I.L. should have been better prepared for the influx of people.

"The Ministry should have expected something like this and plan accordingly," said Mr. Tati. 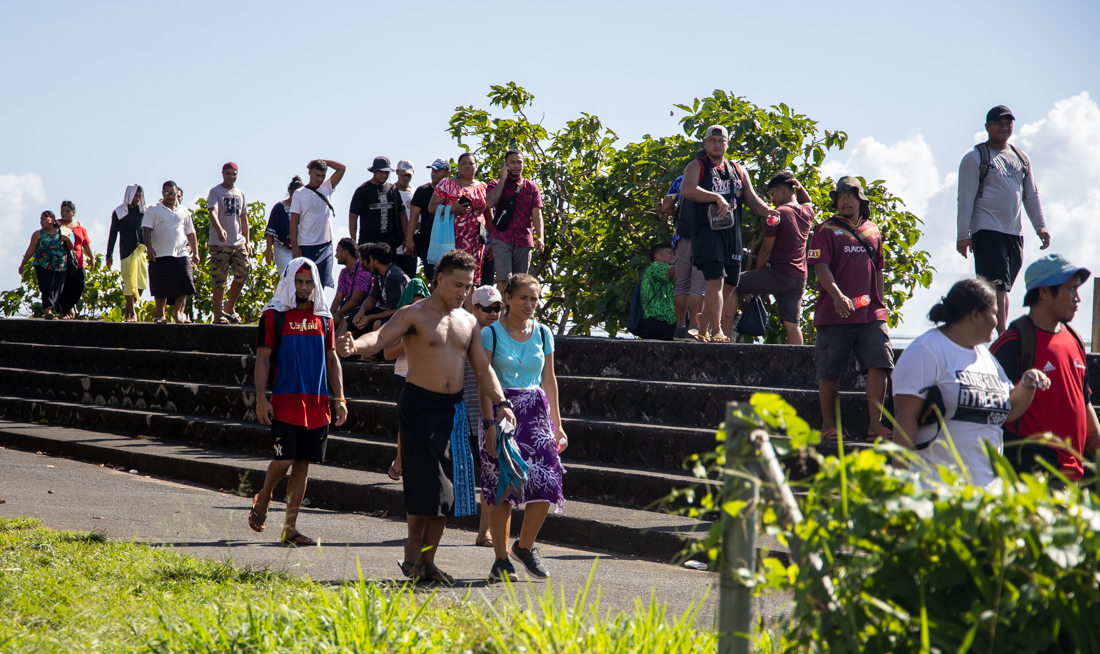 "We came so early in the morning, only for them to tell us to come back home because they're going to come out into the districts.”

All three men are currently unemployed and looking forward to the registration reopening for Upolu residents.

Applicants are required to be between the ages of 21–40 and submit a clean Police record, a valid form of identification, a pen to fill out a form as well as a letter from the village mayor and religious Minister. 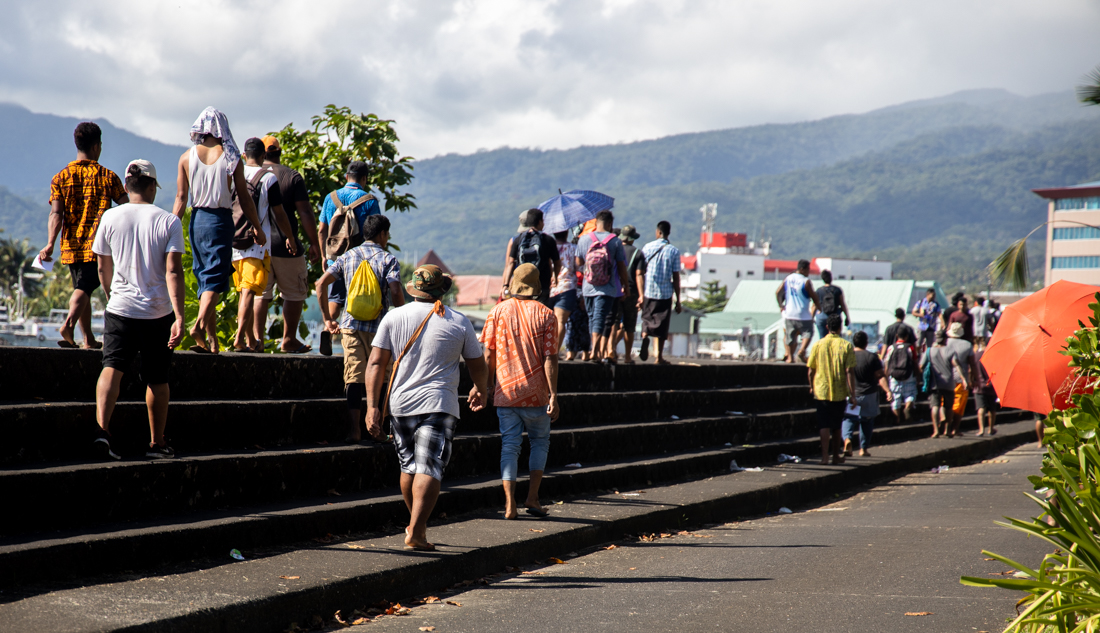 Video footage that captured the influx of the people into the hall at Sogi saw a man removing glass louvres from the windows, in order to allow others standing outside the building to climb in.

Other videos showed hundreds of people standing shoulder-to-shoulder outside in the sun outside the hall waiting for a chance to fill out the forms inside.

The event held up traffic on Monday morning from Mulinuu to Pesega. Even the Samoa Bureau of Statistics’ division at the Development Bank of Samoa building was filled with people wanting their birth certificates to complete their application forms.