Hundreds of families and friends of the High Chief from the village of Sataoa, crowded the Congregational Christian Church of Samoa at Sataoa, to pay tribute and say their final good-byes before he was laid to rest at Tauesealemanu. 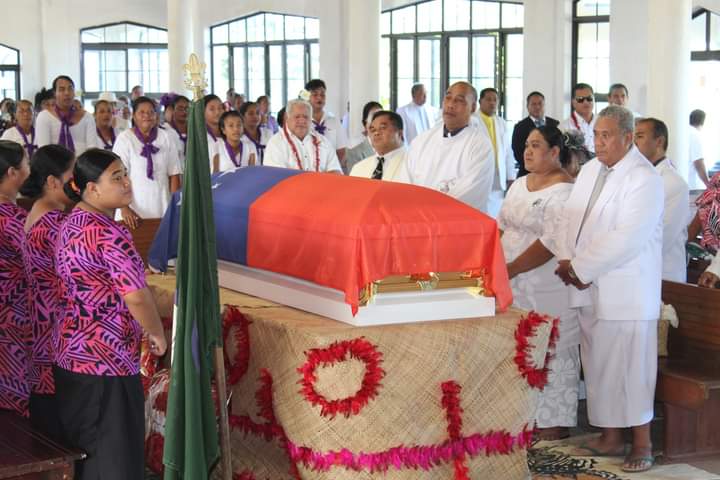 Among the mourners were the caretaker Prime Minister, Tuilaepa Dr. Sa'ilele Malielegaoi, and caretaker Cabinet Ministers.

Tuilaepa spoke on behalf of the Government of Samoa to acknowledge and pay tribute to Afemata's service to the people of Samoa.

Reverend Faresa Namulauulu of the C.C.C.S. at Sataoa described the late Afemata as "an expensive gift from God" when delivering his eulogy as Afemata's spiritual father. 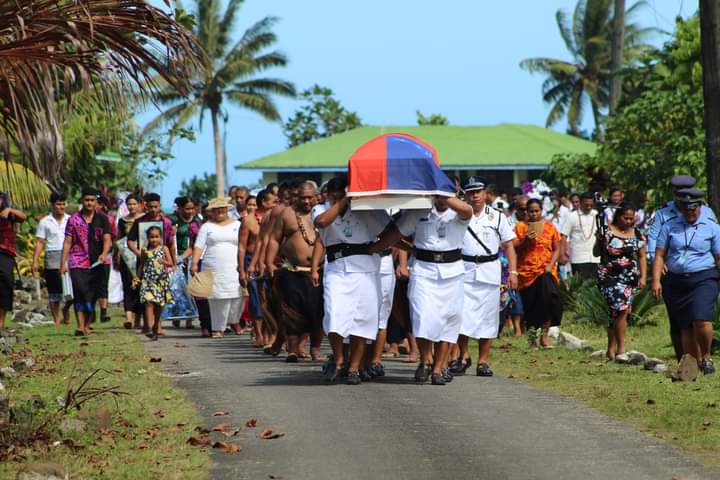 Said Reverend Faresa, the theme of the I.B.R.A. [International Bible Reading Association] on Friday, the day Afemata was laid to rest was fitting to describe the life Afemata had lived.

"The theme of today's bible reading is The expensive but free gift," Reverend Faresa said.

"This is fitting to describe the kind of person Afemata was, during his time on earth. He was God's gift to us; a gift that was rare, unique but free.

"God blessed him with so much wisdom and he [Afemata] used that knowledge and the many talents he was blessed with to serve others.

"He shared that Godly wisdom with so many people.

"He was the epitome of the word tautua [service]. His service had put the name of Sataoa on the map and had achieved so many things for the country of Samoa. 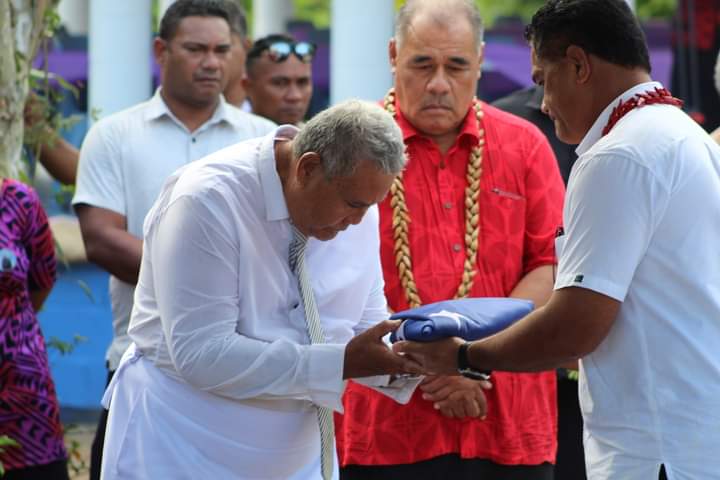 "He was a very knowledgeable man, very talented, caring, loving, well-respected, and was a true servant of God.

"The word tautua [service] echoed not only through his stories and writings but through his life. He truly believed that the path to leadership is through service.

"We can all learn so much from his service and the life that he lived on earth and may his fighting spirit and passion continue to inspire us."

Afemata died at the age of 91 and was laid to rest on his sister Taelega Fa'afouina Oti's birthday, who passed away last month.

He created history in 1953 as the first Samoan to have passed New Zealand's School Certificate Exam.

He was the head boy of the founding class of Samoa College and was one of the first scholarship students to study in New Zealand as the country prepared for independence in 1962.

He returned back to Samoa after obtaining his Teacher's Certificate in New Zealand; he then started teaching at Samoa College at Vaivase.

In the year 1963, he edited the college's first publication. He then became a School Principal at Palauli Primary School in Savai'i.

From the years between 1979 and 2000, Afemata worked at the Government of Samoa's Press Secretariat where he was also the editor of the Government-owned Savali newspaper for 21 years.

In 2007, he became the editor of the Congregational Christian Church of Samoa's (C.C.C.S.) "Sulu Samoa", which was first established in  1839.

Afemata published several books of short stories in Samoan and recited some of them via Radio 2AP.

He used spare sentences in the Samoan language to tell his stories from his book "Maunu Mai Loimata O Apaula" in the radio series "Palolomua" to win over listeners.

In 2017, Afemata's service to Samoa was recognised by the Government of Samoa where he was the recipient of the Head of State's Service Medal.

The esteemed award recognises those who have accomplished a highly valuable achievement in any field of endeavor and had provided long service to Samoa and its people.