Samoa gets behind Parker

As the "tourism partner" of the Lupesoliai Laauliolemalietoa Joseph Parker v Andy Ruiz Jr World Heavyweight title fight, the government and the people of Samoa are fully behind their man.

The assurance was made by Prime Minister Tuilaepa Dr. Sa’ilele Malielegaoi in Auckland yesterday where he fronted a press conference with Segiali’i David Higgins of Duco to announce the Invest Samoa initiative.

"He hasn't responded to acknowledge he accepts the invitation," he told the Samoa Observer.

"But he is always willing and able to support Samoa when he is able to.

"He is one of our sons and always acknowledges his commitment to Samoa.

"Joseph [Parker] needs all the support he can get to have a good fight so I see the opportunity there to have The Rock here."

The government's partnership with Duco will have benefits for "all involved," said Tuilaepa.

For instance, Samoa will receive significant promotional tourism exposure in the live international broadcast to a probable viewership in the hundreds of millions.

"We are proud to be able to support our son Lupesoliai La'auli Joseph Parker in his quest to become the first Samoan world heavyweight champion," Tuilaepa said.

"[We] believe he possesses the qualities required to succeed - strength of body, mind and soul.

"In addition to this, [the] event will be a great opportunity for Samoa to promote our beautiful country to what will be a massive international audience, demonstrating that Samoa is a great place to visit and do business.”

Duco Events director Segialii said he is extremely happy to continue the strong relationship between his company and the Samoan government that had been forged over the past 24 months.

"I would like to extend my sincere gratitude to the people of Samoa and the Honourable Prime Minister," he said.

"I am sure the nation of Samoa will be happy with the return on investment this partnership will deliver over the coming years, putting Samoa on the map as one of the premier emerging markets for international businesses, as well as one of the best holiday destinations in the South Pacific."

The Samoan government will also receive an allocation of corporate hospitality and general admission tickets to the event, for corporate networking and promotional purposes.

Part of the partnership package is that Tuilaepa will introduce the main event on fight night on the live international broadcast.

Tuilaepa said the partnership with Duco was a worthwhile project and that Samoa will reap the benefits.

He said Parker is the third son of Samoa to attempt the world heavyweight title, after David Tua and Alex Leapai.

"Parker has an advantage of being much taller than David and also has a longer reach."

Tuilaepa has also extended an invitation to Pene Pati of Sol3 Mio to sing a rendition of the Samoan national anthem before the main fight. 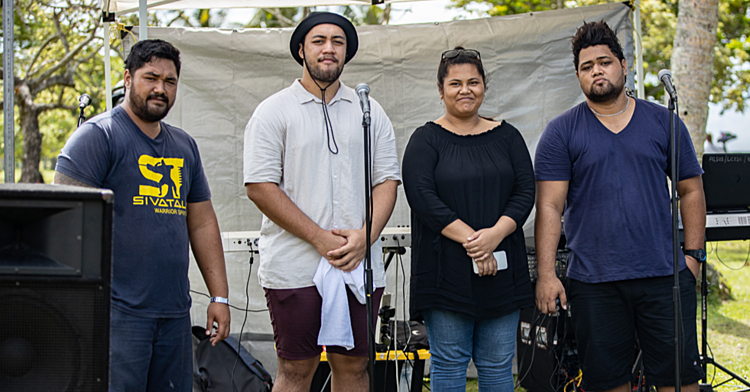