The Samoa Cancer Society (S.C.S) hosted a science fair on Friday to promote awareness of world No Tobacco Day and awareness among young children about the dangers of smoking.

World No Tobacco Day is celebrated worldwide annually on 31 May.

Among the projects the society has launched to coincide with the day, which is dedicated to promoting awareness of smoking's fatal health consequences, was a science fair being held across nine colleges.

The fair was open to students between Years 9 and 13, who were divided into junior and senior divisions. It was held on the second floor of the T.A.T.T.E. Building on Friday morning.

Entrants' projects took the form of displays that conveyed messages about the ill health effects of cigarettes as well as generating new ideas for raising awareness of these among younger generations.

The Chief Executive Officer of Samoa Cancer Society, Su’a John Ryan, said it was important for its activities to connect with Samoa’s younger population.

“This is a first-ever science project that has been planned out by the Cancer Society for the celebration of World No Tobacco Day as for Samoa we basically need tobacco control because we all know the bad sides of cigarettes on our health,” he said.

“Last Saturday the Cancer Society and our volunteers as well as our supporters collected cigarette butters in the Apia Town area.

“We are grateful for the continuous support from the community throughout this important day celebrating in Samoa and around the world.” 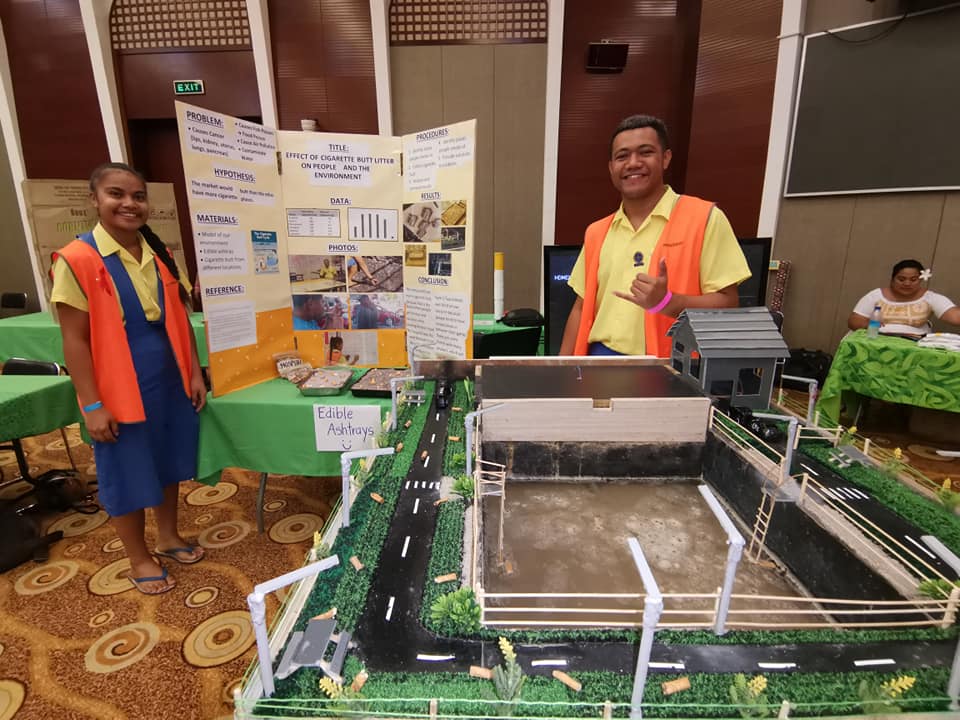 Su'a said the support of the Samoa Civil Society Support Programme (C.S.S.P) and other organisations had been critical to the success of its programme of events.

“[The] W.H.O offers its sincere gratitude to everyone who took part in these events not only the Cancer Society as well as the students who took part and parents for their support throughout,” Dr Yang said.

“We also like to congratulate on this remarkable initiatives also private organizations as well as the Government for their brief commitments.”

“In order to prevent [starting] and [encourage] quitting smoking let’s create a safer environment surrounding all our people.

“We all know that tobacco is bad for our health [including younger aged smokers with] in Samoa.” 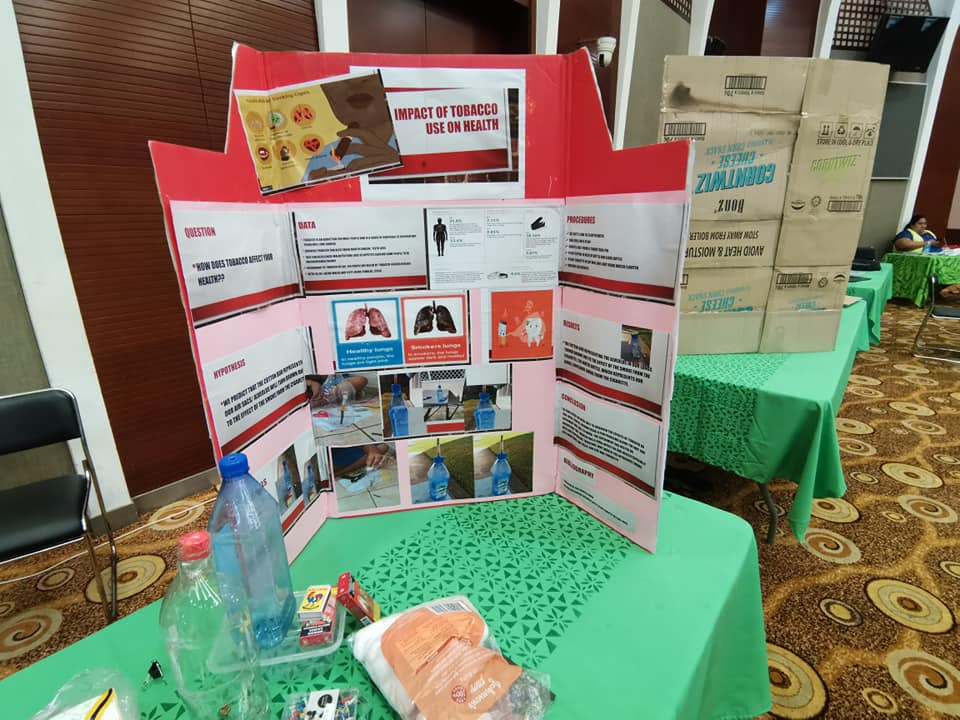 Dr Yang congratulated the society and formally presented it with a certificate of appreciation in recognition of its recent on this year’s World No Tobacco Day.

“I would like to congratulate and present the award to recognise the efforts in fighting this war in preventing smoking and informing the public of [the benefits of] not [smoking],” he said.

“For students who have participated in this competition, learning is a wonderful gift.

“Learning [about the impact of] smoking cigarettes is very important because it’s not good for our health and future as well”.

The Pesega Latter-day Saints (L.D.S.) Church College won both the junior and senior divisions at the fair.

Last Saturday, more than 100 S.C.S. volunteers gathered in the centre of town to collect kilos of cigarettes.