Cabinet Minister elect Toesulusulu Cedric Schuster has resigned from his Ministerial portfolio, the Prime Minister-elect, Fiame Naomi Mata'afa has confirmed during a live broadcast on Thursday.

Fiame said their political party believes strongly in the rule of law and therefore Toesulusulu will resign from his ministerial position, after he was charged by the Police for driving under the influence of alcohol early in the week.

However, he remains a Member of the Parliament under the F.A.S.T. party umbrella.

On Tuesday Toesulusulu was arrested and charged with driving under the influence of alcohol.

At the time Police Commissioner, Fuiavailiili Egon Keil confirmed that a Faatuatua ile Atua Samoa ua Tasi (F.A.S.T.) Minister-elect had been held in Police custody but declined to provide details on the case.

"I can confirm that he was locked up last night for [alleged] drunk driving," said the Commissioner.

“I have in my hand the letter of resignation by Toesulusulu and to protect the integrity of the Ministerial portfolio while he faces the traffic charges before the court.” 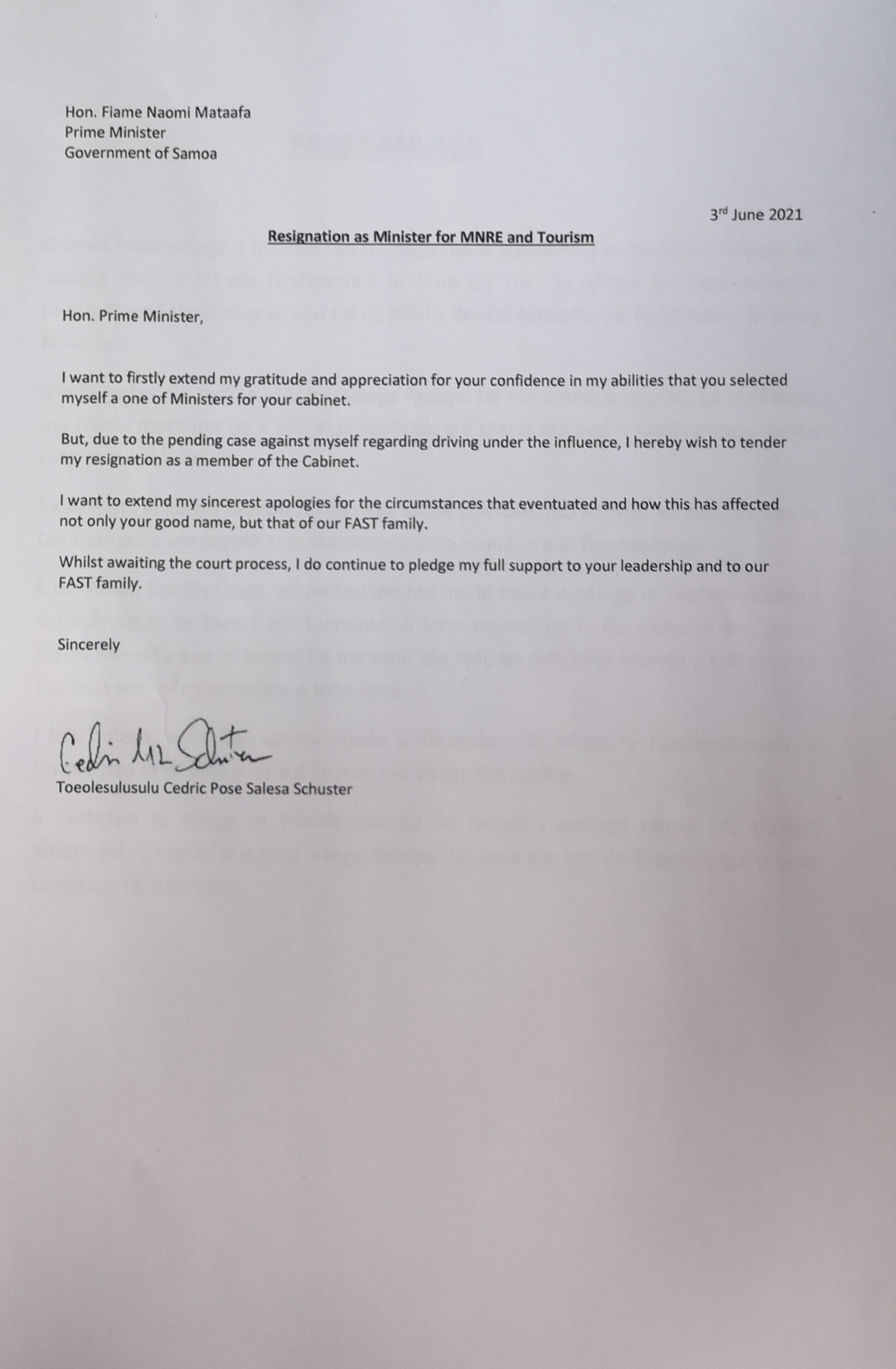 Fiame accepted the decision and noted that while he may resign as Cabinet Minister but he remains a member of the F.A.S.T. party.

“We will await the decision by court on this matter,” said Fiame.

The incident followed a celebration at the party's headquarters on Tuesday to commemorate Independence Day as well as the founding anniversary of the party.

Toeolesulusulu is the elected Member of Parliament for the Aana Alofi No. 4 seat.

He is an environmentalist and was named the Minister for Natural Resources and Environment (M.N.R.E.) following his swearing in together with other F.A.S.T. pasrty members last Monday.

In addition to that cabinet portfolio Toeolesulusulu was also named as taking charge of the Samoa Tourism Authority and the Planning and Urban Management Agency in the 24 Monday swearing-in ceremony held outside Parliament.